Full and part-time farmers across Nebraska are beginning to turn to alternative forms of funding for land and equipment purchases. One Nebraska farm couple are turning to a new, unique resource: Crowdfunding.

Following your dreams can often be an expensive pursuit. For William and Crystal Powers, it will amount to roughly $200,000. For the past five years, the couple have owned and operated a small farm in Ceresco, Nebraska they’ve called Darby Springs. With five Guernsey cows and 50 laying chickens, the farm’s income has relied on the sale of unpasteurized milk and eggs. With full-time jobs off the farm, the couple consider themselves part-time farmers. However, according to Crystal, they soon hope that will change:

“Now what we’re getting ready to do is we’d like to make this more full-time farming and to do that we’d like to expand on our dairy side to have a creamery so we can make ice cream and all sorts of other dairy stuff,” Crystal said. “Ice cream is going to be our primary product from the dairy.” 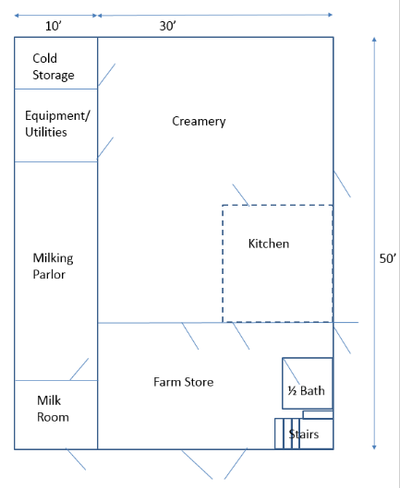 That calls for the construction of a new barn, an ice cream parlor, and an increase in the farm’s milking herd. When the couple first decided to put the plan into motion, they began to seek out funding for the project. Traditionally, that would include a large loan from the bank.

But Crystal was reluctant.

“Banks are just not quite as familiar, so they’re a little more hesitant to loan and so you usually have fairly high down payments, interest rates… I don’t know too much. I’m learning a lot about finance,” She explained.

The Powers began looking for alternative sources of funding. It was then they stumbled onto the website Barnraiser.us- a crowdfunding site dedicated to community financing of food and agricultural projects.

Crowdfunding or crowdraising is a relatively new phenomenon. It’s typically worked on a donation basis. A project like the Powers’ is posted to the site’s forum with details. From there, the general public can donate through a collaborative goal-based process in return for products or rewards. For example: If I were to donate $10 toward Darby Springs, I’d receive a personalized “thank you card.” If I donate $5000, I’d receive free ice cream for life.

Wyatt Fraas is assistant director of the Farm and Community Program at the Center for Rural Affairs. Fraas works with new or part-time farmers and ranchers looking for ways to either start or expand their operations.

“A great difficulty is finding credit sources that are open to them,” Fraas said. “Many conventional lenders, ag banks, for example, are not very interested in making loans to new farmers and ranchers because the risk is pretty high.”

Fraas said an increasing number of farmers and ranchers he’s worked with are turning to alternative forms of funding like crowdfunding. Although that number has still been small.

“There are many, many crowd-funding organizations and websites right now, over 400 of them in 2013, but their use by farmers is pretty new and small at this," Fraas said. "I’ve run across a couple dozen examples of how people have done that. But that’s not very many compared to the number of other things being used on those funding places.” 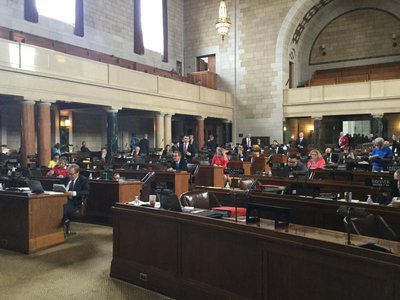 Popular sites like Kickstarter.com or Donorschoose.org have highlighted the recent success of this new type of investing. According to the 2014 Crowdfunding Industry Report by Massolution, platforms like Barnraiser are projected to have raised more than five billion dollars in 2014. But its application to ag projects is still in the infancy stages, and the amount of money that can be raised has varied.

“The ones that I have seen have ranged or varied from a few hundred dollars to tens of thousands of dollars- depending on what people are asking for,” Fraas said.

According to Eileen Gordon, founder of Barnraiser.us, like other types of fundraising, crowdfunding has been all about exposure.

“It’s very powerful to ask 300 people across Nebraska to give $30. It actually adds up. One donation actually begets five more, because people start to see momentum,” Gordon said. “Other forms of funding actually start to follow suit. So often people will find that once their campaign is over, then they are more easily able to have the other types of funding discussions that they need to have. So crowdfunding is actually an important part of the mix, because it brings your story to the public.”

Since venturing into the world of crowdfunding a few months ago, the Powers’ project has raised $7,800 of their initial $10,000 goal. The majority of donations have come from within the state. It’s been a small part of their project’s overall cost, but as Crystal explained, it’s a solid start. The couple hope to utilize the site again for further renovations on the farm.