One-hundred years ago this year, novelist Willa Cather’s classic on life in late 19th century Nebraska was published and became one of her most celebrated books. “My Antonia” is about pioneers and friendship and was the last book in Cather’s trilogy on life on the Great Plains. Nebraskans are celebrating the book all year, a story that has held up over the last century because of its enduring themes.

In a quiet room on the second floor of the Willa Cather Center in Red Cloud, archivist and education director Tracy Tucker is surrounded by history, stacks of all things Cather.

There are thousands of items stored in tall gray stacks, books, letters, notes, pictures and even three illustrations for “My Antonia” by W.T. Benda, a renowned painter and illustrator.

“These are the originals. In fact, if we pull this one down of “The Woman with the Whip,” you can see Cather’s handwriting on the back,” Tucker said. ”It says “A Benda original. With Best Wishes for a Merry Christmas, Willie,” which is how she always signed her name to friends at home.” 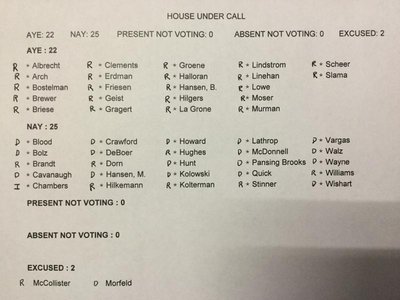 In another stack are quilts made by Annie Pavelka, the real-life inspiration for Cather’s “Antonia,” a young Bohemian girl who immigrated to Nebraska and spent her entire life in Red Cloud. In the book, the narrator, Jim Burden, also arrives in Nebraska as a young orphan and becomes fast friends with Antonia. Tucker says 100 years later, the themes that have made “My Antonia” a literary favorite are still relevant.

“As we’re finding out this year, there are a lot of really important themes in here, of immigration and friendship and the idea of the settling of the frontier and I think that appeals to a lot of people who see their own family history in this book and want to identify with it,” Tucker said.

“My Antonia” was one of Cather’s earlier books and was written long after she had left Red Cloud. But she always held a special place in her heart for Nebraska, and for Annie Pavelka, who lived on a farm with her husband and 10 children by the time Cather visited in 1916.

At the University of Nebraska-Lincoln, Andrew Jewell curates the Willa Cather Archive, a digital resource that contains thousands of digital copies of Cather artifacts, including images and letters. Jewell is also a professor of digital projects at UNL. 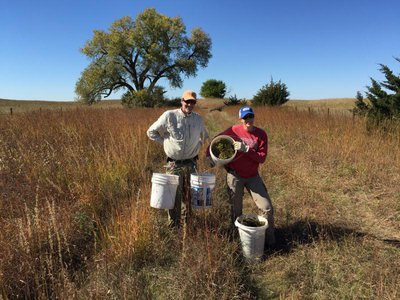 “There are a handful of books in our region’s literary history that people point to all the time and this was one of them, that in literary circles, is a defining book for Nebraska and its history,” Jewell said.

The digital archive contains more than 400 of Cather’s letters, and 58 of them mention “My Antonia.” Jewell believes Cather understood Nebraska and brought it to life.

“She brought an artist’s eye to the Great Plains and understood the complications of living here and the beauty of the Great Plains and the dignity of the lives on it,” he said. “She was writing at a time when not a lot of people saw Nebraska as a source for literature and she did and she really helped people see this land and what it could offer and its meaning in a new way.”

The Cather Archives, along with Humanities Nebraska and the Cather Foundation, are holding events across the state through September, celebrating the enduring themes of “My Antonia.” Emily Rau is an assistant editor of the Willa Cather Archive and a doctoral student at the University of Nebraska-Lincoln. 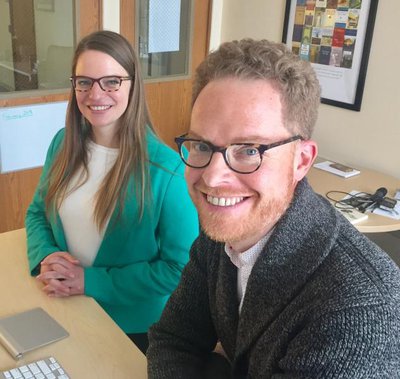 “So many of the themes that we’re exploring over the next year are highly relevant, especially immigration and the environment and how women are treated in the world,” Rau said. “So, they don’t necessarily have to be politically charged conversations in order to be important. They can also just be genuine explorations of the issues we’ve been facing for 100 years.”

Back in Red Cloud at the Willa Cather Center, Tracy Tucker pulls out two 100-year-old copies of “My Antonia,” signed by Cather. Both are showing their age.

Tucker thinks “My Antonia” is a book that should be celebrated, even 100 years later.

“Important books, they don’t come along every day. How many books did you read last year and do you really want to re-read them 100 years from now?” she said. “Maybe they don’t work then. So when a book does still speak to modern audiences this way, I think it’s important that we kind of help that legacy along.”

A century after it was first published, “My Antonia” is still being printed, a tribute to a novel that has captured the imagination of generations of readers.