A national anti-death penalty advocate is questioning Gov. Pete Rickett’s ability to be a ‘moral leader’ by continuing to support the upcoming execution of Carey Dean Moore.

Sister Helen Prejean, a well-known advocate against the death penalty, is known best as the spiritual advisor for Patrick Sonnier, a Louisiana inmate who was executed in 1984 after being convicted of killing two teenagers.

Prejean went on to write a novel about her experience with Sonnier and Louisiana’s execution process in “Dead Man Walking: An Eyewitness Account of the Death Penalty.” The book was later adapted into an Oscar-nominated movie starring Susan Sarandon and Sean Penn.

Prejean is familiar with the controversies surrounding Nebraska’s death penalty, ranging from Rickett’s personal efforts to override a 2015 repeal of the death penalty to a lack of transparency regarding where the lethal drugs being used in Moore’s upcoming execution are coming from.

“In all my time working with the death penalty in the United States, I don’t think I’ve ever seen a governor like Ricketts go to such extreme costs or trouble to have a human being executed,” Prejean said.

Prejean highlighted a 2016 study by Creighton economist Ernest Goss, which found that Nebraska’s maintenance of the death penalty cost the state $14.6 million annually, with each additional death penalty arraignment costing the state around $1.5 million. 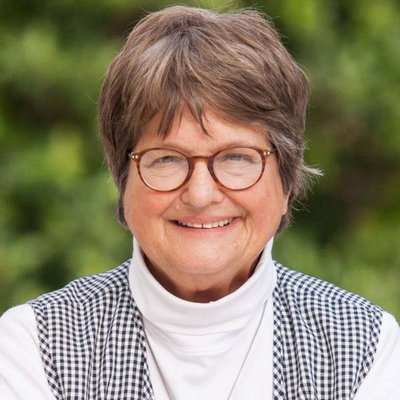 Prejean has also been outspoken in the lack of transparency regarding the drugs to be used in Moore’s upcoming execution. A lack of transparency and unwillingness from state officials to identify the source of the drugs to be used in the upcoming execution has led a German pharmaceutical company to file a lawsuit against the state and the Department of Correctional Services.

The company, Fresenius Kabi, suspects the Nebraska State Penitentiary pharmacy is in possession of two of the company’s drugs, potassium chloride and cisatracurium. The company questions whether the drugs were acquired legally.

A federal judge ruled Friday afternoon the state could proceed with plans to execute Moore Tuesday, despite objections from a German drug manufacturer their drug was obtained improperly. The state denies that allegation.

Prejean said she questions whether Nebraska can be viewed as a “pro-life” state in the midst of controversy surrounding the Moore execution.

“What does it mean for our morality if we say we’re pro-life that you could have the life of a human being hanging on such a fine point of a legality around a drug,” Prejean said.

Prejean likened the controversy surrounding Moore’s execution to a 2015 incident in Oklahoma, where a death row inmate was issued a stay of execution due to last-minute questions by the state’s governor regarding the chemicals being used for lethal injection.

“We have a terrible problem in the United States where we have a Supreme Court that is allowing states to experiment with different drugs to kill people and there is hardly any transparency in that,” Prejean said.

Ultimately, Prejean said she questions the benefits and importance of the upcoming execution, and whether the people of the state will actually be safer.

“‘An important tool,’ Gov. Ricketts calls it,” Prejean said. “A tool for what? To show that we’re capable as a state of imitating the worst possible violence under the worst possible conditions, the most pre-meditated death of a human being you can imagine?"

“What’s going to happen after the execution, after Tuesday, is anybody really safer? Has it really helped the state? All these things come to mind when I think of this and what’s about to happen in Nebraska,” she said. “Nothing will be accomplished by it, and that’s hardly what you call pro-life”

NET News tried to reach Gov. Ricketts for comment, but our emails were not answered immediately.

Editor's Note: This story was updated to reflect new information regarding the scheduled execution of Carey Dean Moore.