#MyCorona, Filmed in Ravenna During Quarantine, Premieres Saturday in Kearney 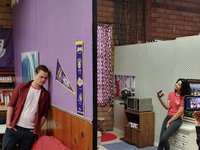 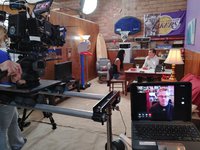 A movie filmed in Nebraska during quarantine earlier this year will premiere at the World Theatre in Kearney this weekend. The romantic comedy #MyCorona is believed to be the first movie directed remotely over FaceTime.

The coronavirus pandemic has isolated billions of people during stay-at-home orders, lock-downs, and quarantine.

But for Zoe and Alex, the lead characters in My Corona, the pandemic is what brought them together — through a thin, shared wall in their Los Angeles apartment building.

"It's the middle of quarantine; can't go anywhere, can't do anything, both laid off from their jobs," said writer and producer Kirk Zeller. "So they find themselves at home a lot and without the backdrop of the LA commuter traffic suddenly they can hear everything. That becomes quite a bit of the theme of the movie actually, is that dynamic between them and over-hearing every phone call on each other's lives. And really, through that, kind of getting integrated into each other's lives." 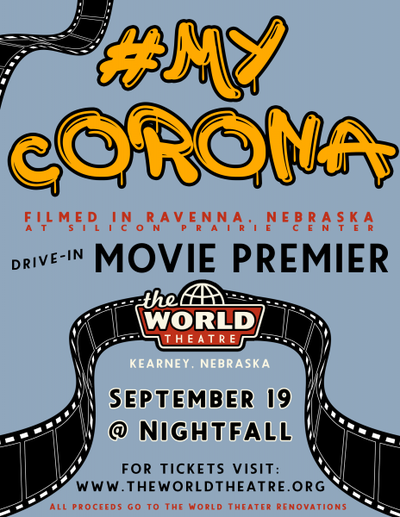 And it wasn’t just quarantine for the fictional characters — Zeller and the rest of the production team were faced with filming a movie safely in the middle of a global pandemic.

So rather than film in LA, where the story takes place, they set up shop in Zeller’s home town: Ravenna, Nebraska.

"The three buildings that we planned to use are all buildings that I either own or rent, so it gave us a hundred percent control when we shoot how we shoot, who has access to the building," Zeller said. "And we're in central Nebraska, [with] low population density, which in the midst of COVID meant something as well."

One of those buildings had apartments where the cast and crew could stay during the six days of shooting, and in some cases those apartments doubled as the film set.

Casting director and acting coach Crystal Carson, a Nebraska native who now lives in California, had an acting role in #MyCorona.

Zeller says everyone on the project took precautions like wearing masks and sanitizing constantly. They kept interactions to the absolute minimum. The film’s director, Phil Gorn, didn’t even come to Nebraska.

"He saw everything I saw by me carrying my iPad everywhere I went, and he would talk to the actors through my iPad," Zeller said. "I fed him the camera feeds through a Google meet connection, so he could see the A camera, the B camera, everything the camera crew was seeing he could see. And then we were just constantly in communication."

Phil Gorn directing remotely during the filming of #MyCorona. Cooper Tomlinson and Elizabeth Contreras of Omaha are pictured. (Courtesy Photo)

The rural location of Zeller’s hometown made Ravenna an ideal place to film safely during the pandemic.

But there’s another reason Zeller moved back to Nebraska a few years ago after working in Hollywood. He says the cornhusker state is a great place for film. He and Gorn were working on another film here that got interrupted by the pandemic.

"Much of A Picture of Daria Gray was going to be taking place Fremont. It is actually set in Fremont," Zeller said. "Fremont really is the only significant city in Nebraska…that does have film rebate programs."

Tax credit programs are a huge factor in choosing a location to film. Carson says even without film rebates, Nebraska is much cheaper than other options, like LA.

"Let's say you want to shoot at my house; it's going to be about 10 grand to shoot at my house," Carson said. "And then my neighbors are all suddenly going to find a need to mow their lawn, and you have to go and put money in their hands. And it's a constant bleeding of cash for no reason."

Eastern Nebraska Film Commissioner Stacy Heatherly is largely responsible for bringing the film rebate program to Fremont – but also building what she calls a “film-friendly” community. 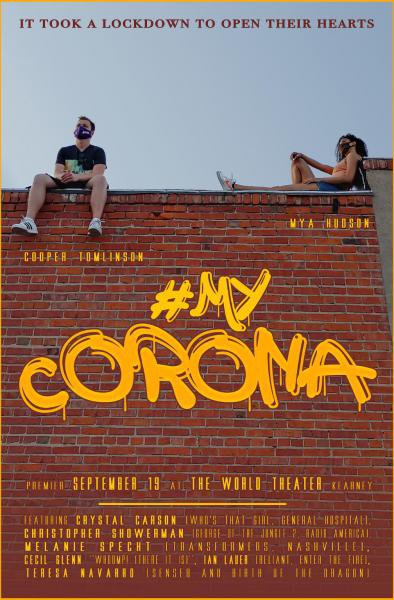 "So for example, we offer free production space, which is a huge line item on their budget," Heatherly said. "And we just started recruiting filmmakers from Nebraska to shoot their Nebraska project here. And we've been highly successful in recruiting those films."

Heatherly says the general public may not think of eastern Nebraska as having a film industry, but it’s here and it’s successful.

"A lot of times we think about the people who have moved and live in LA or New York for their craft, but there are so many professionals that live in Nebraska," Heatherly said. "We can name Randy Goodwin, an actor. We can name Tom Elkins, Ron Howard's editor, Mauro Fiore, Oscar-winning cinematographer for Avatar, Lew Hunter, the guru of screenwriting, Jon Bokenkamp, writer of The Blacklist. We can just go through the list of professionals that live in Nebraska and work from their home state, and they're highly successful and very busy."

#MyCorona is premiering in Kearney and continuing the social distancing theme of the film.

The World Theatre is temporarily closed because of the virus, but they’ve set up a drive-in theater at the Buffalo County Fairgrounds.

The movie starts at 8 p.m., followed by a Q&A with Carson and Zeller. Tickets are available at theworldtheatre.org.