Nebraska colleges are seeing an increase in political science majors. One professor thinks it could be related to the 2016 presidential election.

Garrett Streeks was a business major at Midland University in the fall of 2016. That changed, though, after watching one of the 2016 presidential debates between then candidates Hillary Clinton and Donald Trump.

“It kind of drew people away,” Streeks said. “But in the same sense it drew people like me in closer. I was really passionate about it and I was really concerned for the direction that I saw our country going.”

The 2016 election prompted Streeks to make some changes in his life. He decided to transfer to a larger campus and picked the University of Nebraska-Lincoln. He also changed majors to political science. 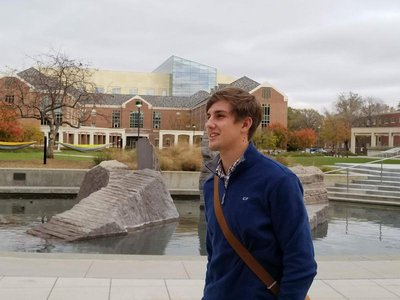 Streeks isn’t the only one. UNL has seen an eight percent increase in political science majors in 2017. It’s also the largest increase following a presidential election dating back to at least 2000, according to UNL officials.

Streeks is a registered Republican and a Trump supporter. He said he grew tired of hearing fellow students complain about the political system.

“You can sit there and say, ‘I'm done with politics and I'm so fed up with the system,’” Streeks said. “But my view is why not try and change the system and how it is?”

Another Republican and Trump supporter, UNL freshman political science major Dana Mallett, from Colorado, said the 2016 election did divide some of her friends. But, she said it solidified her political interests.

“I feel like it definitely has set a spark in my generation,” Mallett said. “I think that people do have a wider interest in politics now.”

UNL freshman political science major and Democrat Joe Carter said when Donald Trump was elected he was shocked, but after writing a college paper on political rhetoric, he knew he wanted to become more involved in politics.

“That's kind of when I started reevaluating, like ‘OK maybe political science is the path for me,” Carter said.

Carter said there was a level of hostility on UNL’s campus between Clinton and Trump supporters. He said he wanted to do something to bridge the gap.

“If we have more educated people with more education in politics we’ll make a bigger difference and we’ll have a better understanding of how everything works,” Carter said.

Kevin Smith, the chair of the Political Science Department at UNL, said following last year’s election there was an increase in interest in politics among college students. He teaches an elective course on politics. The majority of his students tend to be political science majors, but this year there are students from many different fields of study including education, sociology, global studies and even mechanical engineering.

“That’s an example of students who are going out of their way to take a class in politics, because they’re inherently interested in the subject,” Smith said.

Smith said the 2016 presidential election is the main reason more students are majoring in political science at UNL. And he adds those numbers could grow.

“In some ways we are a discovery major,” Smith said. “So we get a fair chunk of people who declare a political science major later on.”

Smith said society will only “get better” if colleges are preparing students to really understand politics and how it functions. 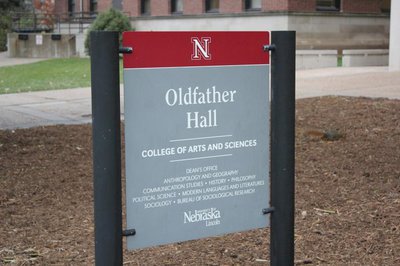 Oldfather Hall, where the Political Science Department offices are located at the University of Nebraska-Lincoln. (Photo by Brandon McDermott, NET News)

Nebraska State Senator Adam Morfeld, whose district 46 encompasses the UNL campus, said the 2016 election was divisive, but what is happening around the country in response could be beneficial.

“I think this last election -- for better or for worse -- has gotten people to understand the importance of government and being engaged in government and having a fine understanding of it,” Morfeld said.

“When people check out of our representative democracy it's no longer representative,” Morfeld said. “Then we don't have a civil or civic society that is composed of by the people and for the people.”

Nebraska State Senator Laura Ebke, a Libertarian who represents District 32, said her own interest in politics began at a young age. She said her family’s involvement in politics is a big reason why she works in that field today.

“I remember going to the party banquets and you know carrying signs around during the banquet in favor of one particular candidate or another,” Ebke said. “A picture of me from second grade when our U.S. senator was in town and signed a picture for me -- I mean it is just things like that.”

Ebke said being knowledgeable in how our system of government works as well as being informed in current events is important. But, she also points out political science majors aren’t a hot commodity for prospective employers.

“To learn certainly political science is a good discipline but it's not necessarily a marketable discipline,” Ebke said. “So, it's good to learn as much as you can about it -- but maybe not necessarily even majoring in it.”

Kevin Smith of UNL’s political science department said no one knows if the number of political science students will keep increasing. But he and his colleagues are working to take advantage of the current influx of these new students interested in politics.

Editor's Note: Figures in this story previously included total students enrolled in UNL's political science classes, not majors in political science. These figures have been changed to accurately reflect the numbers UNL has on file.