Moore appeared "composed, shaken" prior to his execution

According to prison officials, the lethal injection death of convicted murderer Carey Dean Moore “went exactly as was practiced” by the execution team. 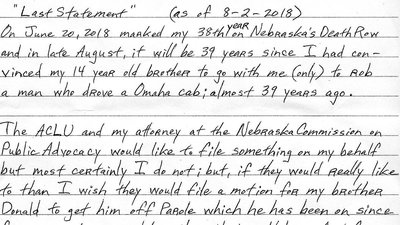 It was the first to employ lethal injection in the state since replacing the electric chair ten years ago.

The brief news release provided by the Nebraska Department of Correctional Services (NDCS) after the event read: “The execution of Carey Dean Moore, age 60, was carried out pursuant to the order issued by the Nebraska Supreme Court on July 12, 2018. The first of four substances was administered at 10:24 a.m. The Lancaster County coroner pronounced Moore’s time of death at 10:47 a.m.”

In 1979 Moore summoned taxis on two different nights in order to rob and murder the drivers. He was convicted of two counts of first-degree murder for shooting to death Omaha's Reuel Van Ness and Maynard Helgeland, both 47 at the time.

After seven stays and delays during his 38-year stay on death row, Moore’s death sentence was fulfilled.

About an hour before being lead to the execution chamber, four media witnesses were on hand as Moore met with Warden Michele Capps. He was shackled and surrounded in close formation by four corrections officers. 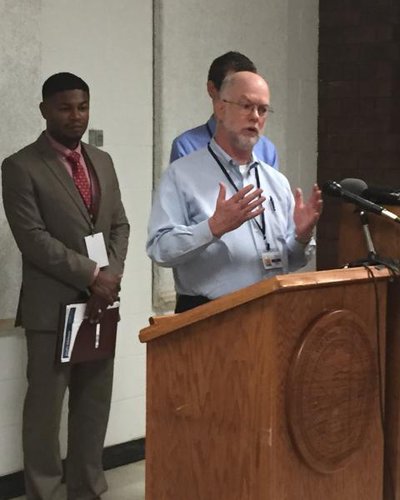 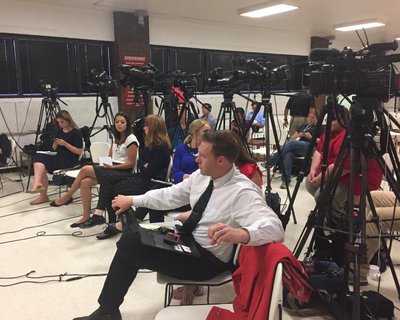 “I would say he was composed,” observed Joe Duggan, of the Omaha World-Herald. “He certainly looked maybe slightly shaken. The gravity of what was happening to him was clear on his face and his expression."

After Capps read the warrant, Moore “was allowed to give a statement to us,” said Matthews, “at which point he gave a statement and that was it. The whole process was done in a matter of minutes. He was in and out.”

Reporters were provided with a copy of Moore’s hand-written final statement. In it he mentions robbing a man, but does not mention the cab drivers he murdered. Rather Moore wrote directly to his younger brother, Donald, who spent 28 years in prison for second-degree murder.

“As his older brother, who he looked up to I should have lead him in the right way to go, instead of bringing him down, way down, and because of that I am terribly sorry” read the letter. He added in parenthesis “Please forgive me, Don, somehow.”

Moore concludes the letter with a plea for the state not to execute those who may be innocent, and signs off with “Carey Dean Moore EX-death row inmate."

When the witnesses were lead to the execution chamber, the condemned man was already strapped to the table.

“There was a green curtain that was down, at 10:24 am, the curtain lifted,” Grant Schulte of the Associated Press later told reporters. “Mr. Moore was covered with a white sheet and his left arm extended out, and connected to the IV.”

Schulte was one of four journalists selected by NDCS to serve as witnesses.

On a couple of occasions, Moore turned to the gallery and appeared to say “I love you” to two relatives and a friend attending.

The first round of drugs sedated Moore, including fentanyl, an opioid. It was the first time the powerful sedative was used in the United States for an execution.

The acting warden did a consciousness check. Shortly after two other drugs were delivered through the IV tube. Potassium chloride was then administered to stop the heart.

“At 10:30 and 46 seconds, Mr. Moore appeared to cough and his diaphragm moved up and down rapidly,” Schulte observed. “At 10:31, his chest stopped and he went still. His face very gradually turned slightly red and then turned purple.”

The process, according to the gathered journalists, took 15 minutes total.

The curtain then dropped. Witnesses were barred from seeing the coroner confirm Moore was dead.

Brent Martin with the Nebraska Radio Network observed 13 executions while working as a reporter in Missouri. He said the Nebraska four-drug sequence, used for the first time, lasted longer than the other deaths he witnessed, but he didn’t feel it was excessive.

“I didn’t get any sense it did not go other than how they planned it to go,” Martin said.

The office of Nebraska Attorney General Doug Peterson issued a statement saying “today's somber event serves to provide a measure of closure for what has been a lengthy enactment of justice.”

Among the death penalty opponents speaking out after the execution, Danielle Conrad of ACLU of Nebraska, wrote Nebraska Governor Pete Ricketts “has carried out a lethal injection shrouded in secrecy. This execution of Carey Dean Moore does not comport with Nebraska’s proud tradition of open government. Today stands as the most recent dark chapter in Nebraska's troubled history with the death penalty.”