Mobile Stage Seeks to be Force in Socialization, Entertainment and Community Development for Omaha Neighborhoods 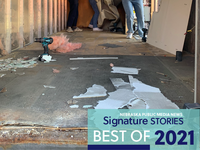 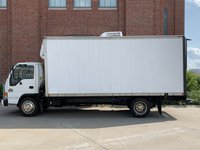 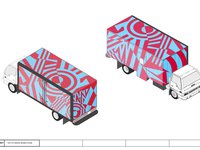 In Lincoln, a delicate transformation is nearly complete as students from the University of Nebraska work to turn a box truck and turn it into a state-of-the-art mobile stage.

On a recent, sweltering afternoon, 16 architecture students from the University of Nebraska-Lincoln were hard at work tearing apart an 18-foot box truck from the inside.

They were keeping a good pace and for good reason; they only have until the end of the semester to finish their project: converting the box truck into a fully functional mobile stage equipped with all the state-of-the-art performance features one would expect from a modern stage - lights, a sound system, choral risers and more - all while keeping in mind the stage also must be drivable.

The idea for a mobile stage started with Jessica Scheuerman, CEO of Partners for Livable Omaha, incorporated in 2020 during a time when venues across the world were closing their doors due to concerns about COVID-19.

“We saw the creative community hit particularly hard with severe unemployment,” Scheuerman said. “A lot of corridors that were centered around arts and culture were essentially ghost towns overnight.”

Being married to a musician, Scheuerman got a front-row seat to the economic devastation encountered by artists during the pandemic. It’s where she found the inspiration for the new mobile stage project.

“I just felt so strongly for the challenges they were facing, you know, for their families, you know, how are they going to get through this,” She said. “I had this nagging feeling that we needed a simple way to animate public space to bring people out.”

With that, the idea of a mobile stage and a demonstration project for her fledgling nonprofit was born.

“It's instant socialization. It's addressing a public health crisis. It's using arts and culture as a tool for public health. It's also forcing people to spend money. And in a way, this is the core of economic development at the neighborhood level.”

Scheuerman said the project was perfect for her nonprofit, which is a spin-off of her former workplace, national nonprofit Partners for Livable Communities, where she spent more than a decade helping spur economic and community development through the arts across the nation.

Now, she seeks to do the same for Omaha.

At the core of the dream, the box truck, which Scheuerman said was bought with donations from private donors and grants.

Among the throng of students working to overhaul the truck, Professor of Architecture for UNL, Jeff Day was present to oversee his pupils. Co-mentor of on-campus design/build studio, Fabrication and Construction Team (or FACT), Day said the studio regularly collaborates with nonprofits like Scheuerman’s for construction projects and took on the mobile stage as a unique challenge.

“As an architect, I'm used to building things that are fixed in place on the ground,” Day said. “Here, everything has to fit in this trunk and be roadworthy.”

Over the course of the semester, 16 students, working in groups and sometimes with the help of licensed architects, will oversee all aspects of construction, from design to assembly.

Ethan Boerner is a senior architecture student and does not seem fazed by the challenging nature of the project.

“I think generally, our studio projects deal with, like, the conceptual nature of the project and then that's it,” Boerner said. "I think it'd be challenging for all the students that are in the studio to like, learn all of the fabrication techniques to make this a reality. But I think it's going to be rewarding in the end”

With a final design to be unveiled Friday, Scheuerman hopes to use the stage for all kinds of outdoor performances, like comedy, theater, small orchestral pieces, poetry and more.

Nebraska State Poet Matt Mason has already contracted with Partners for Livable Omaha to use the stage once it's complete.

“I love it, because it's kind of one of those old school ideas that, yeah, you see in movies where a wagon pulls into a town and drops a stage and people do a play,” Mason said. “I kind of love that idea."

Jessica Scheuerman hopes the stage will be a sort-of spiritual successor of another mobile stage that traveled the city from the early 1950s until 2011, the Goodfellows Show Wagon.

“If you ask someone from the boomer generation, they not only will remember it, they'll remember it. They'll remember it as the beloved part of neighborhood life,” she said. “Whether they performed on it or had a sibling that performed honor, or a friend, it was a point of social cohesion.”

Scheuerman will focus the stage’s first season of performance on performing at Title One schools, but eventually, would like to take the stage anywhere in Nebraska -but only if the stage permits it.

“According to my drivers, the truck goes about 65 (mph), 72 (mph) if you're pointed downhill,” Scheuerman said.