Now that Nebraska voters have approved expanding Medicaid, planning for how to do that is underway. But there could still be a big fight in the Legislature over how to pay for it.

Nebraska Gov. Pete Ricketts opposed Medicaid expansion. But now that voters have approved it, the Republican governor says his administration is planning how to implement it. He says Matthew Van Patton, the state’s Medicaid director is “working right now with his team to put together the plan for what implementation would look like,” including an application to the federal government’s Center for Medicare and Medicaid Services. 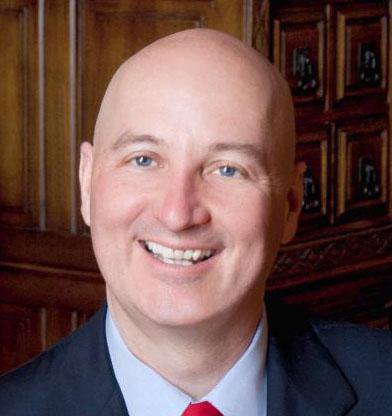 The initiative passed by voters requires the state to submit a plan to CMS by April 1 to expand Medicaid to cover adults with incomes up to 138 percent of the federal poverty line. That’s about $17,000 for a single person, $29,000 for a household of three. Expansion is estimated to provide health insurance coverage to about 90,000 additional Nebraskans.

Ricketts says he doesn’t know how long it will take for the plan to be approved. But Sen. Adam Morfeld, a leading supporter of Medicaid expansion and a registered Democrat in the officially nonpartisan Legislature, is optimistic.

“The Legislature will appropriate the necessary funds to enact the law, and then hopefully people will be able to sign up for Medicaid between mid- to late-2019,” Morfeld said.

“Appropriate” means Nebraska has to provide, in the state budget, Nebraska’s 10 percent share of the cost of Medicaid expansion – an estimated $40 million to $60 million a year when fully implemented.

Ricketts, who will propose a budget in January, says Medicaid spending will affect other programs.

But while the governor proposes a budget, the Legislature has to approve it. Morfeld doesn’t think Ricketts' plan for how to pay for Medicaid expansion will be accepted by the Legisature.

“No. I will oppose any attempt to cut other programs in order to expand Medicaid,” he said.

On the other hand, senators like Steve Halloran, a registered Republican who opposed Medicaid expansion, say cuts will have to be found.

“It’s not going to pleasant for anybody. But quite honestly, you’ve got to look at the big ticket items first and work your way down,” Halloran said. “The university’s not going to like to hear this, but I would say they would be one of the more vulnerable budget items in this quest to pay for Medicaid expansion.” 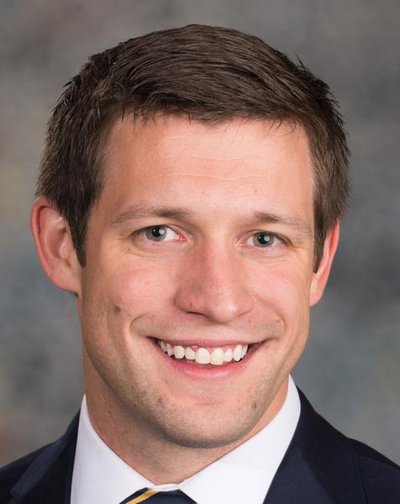 The legislative fiscal office projects spending will exceed required reserves by $95 million over the next two years. But Morfeld says startup costs for expanding Medicaid can be covered with existing and projected state revenues, and in the long run, by the economic activity generated by hundreds of millions from the federal 90 percent share of Medicaid expansion coming into the state’s economy.

And while Morfeld says tax increases aren’t needed for Medicaid, they could help, too.

“I think the folks that want property tax relief are going to be looking at generating new income to be able to provide for that relief. And if they want to provide for that relief, they’re going to have to designate some of that income towards for other people’s priorities as well,” he said. “In the end, we’re going to balance the budget and Medicaid expansion’s going to save us more money than we’re spending in the long run.”

“When it comes to taxes I’m not going to support any tax increases. I’ve been pretty clear about that all the way along,” he said. “I’m certainly open to work with the Legislature with regard to what kind of tax reform packages they’re thinking about. But I’m not going to be supporting anything that raises people’s taxes.”

So, how will the Legislature balance the budget and expand Medicaid? One possibility could be that lawmakers would not appropriate the full amount needed to cover everyone who would be eligible. But that could set off a legal battle. And Morfeld says it would certainly set off a political battle in the Legislature, where a filibuster supported by 17 senators can block legislation.

“The bottom line is if they want a budget passed they’re going to have to have my vote along with a lot of other people’s votes. And if they don’t appropriate the right amount of money, we’re not going to pass a budget,” Morfeld said. “I will personally filibuster it and I know there’s a lot of other colleagues -- about 18 to be precise -- that will also feel very strongly about that.”

But the filibuster threat cuts both ways. While the statewide vote favored expansion, it lost heavily in rural areas. Kenny Zoeller, executive director of the Nebraska Republican Party, which opposed Medicaid expansion, says that could have an effect. 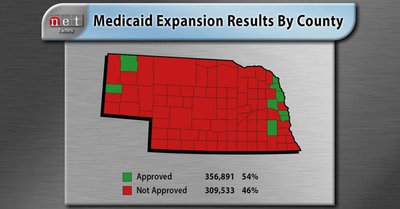 “I think you will see an unlikely alliance of folks both in rural and urban communities, Republicans, Democrats and independents, nonprofit groups as well as partisan groups, coming together to make sure that the filibuster does not happen,” Kleeb said.

The governor presents his budget recommendations in mid-January, but legislative action, including overrides of possible vetoes, can stretch to June, ensuring plenty of time for fighting over how to expand Medicaid.

Watch Sen. Kate Bolz of the Appropriations Committee and Sen. Brett Lindstrom of the Revenue Committee discuss how to implement Medicaid Expansion.