Looking at the Root of Racial Disparities in North Omaha

Two Black men in North Omaha are using their pasts to help area youth navigate roadblocks growing up. Meanwhile, a state legislator looks at solving historic racial disparities in Nebraska by focusing on their root causes.

Terry Liggins is used to overcoming hurdles. At Omaha Benson, he still holds the school record in the 300-meter hurdles. Those aren’t the only obstacles he’s overcome. He said he “survived North Omaha,” moving 17 times in 18 years while growing up. 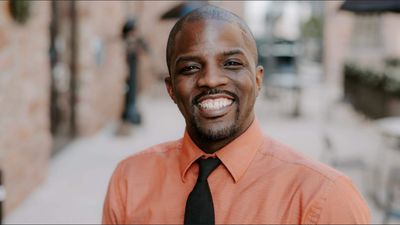 Terry Liggins uses his past to show others what they can overcome. (Photo courtesy Terry Liggins)

Drugs, violence and gang life were a part of his upbringing. After high school, he got a scholarship to run track at the University of South Dakota, where he was a national champion and an All-American. In college, Liggins led five different student groups and became the first African American to be president of the student government at USD. But after getting his master’s degree at USD, Liggins was faced with another hurdle.

“I ended up making a poor choice to try to shortcut making money and end up finding myself involved in a federal conspiracy that ultimately landed me in federal prison,” Liggins said.

Liggins was approached by two friends with a get-rich-quick scheme and a promise he wouldn’t get caught. They all got caught, and Liggins wound up in prison.

“Experiencing the reality of being a federal inmate certainly is the complete opposite of being a national champion,” Liggins said.

But it was in prison where Liggins figured out what he was meant to do.

“This institution of learning called federal prison, I went inside for 14 months and learned quite a bit and in 2016 started my reentry and began my way to becoming the hurdle life coach,” Liggins said. 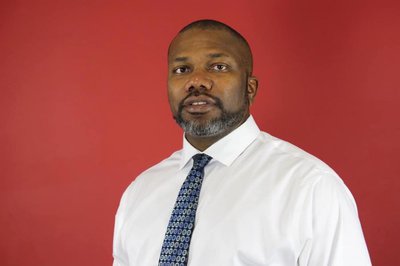 As a life coach, Liggins helps young people where he lives in Sioux Falls understand the importance of dealing with childhood trauma as he went through. He said was able to use his past as fuel to do good and overcome it. That’s a lesson Steven Abraham said is the place to start.

“Everything starts with the home. If you repair processes within the home, you're going to see better development and individuals feeling valued within themselves, which they see value within the community,” Abraham said. “And then that becomes infectious."

Today, Abraham works with the Nebraska Early Childhood Collaborative in Omaha focusing on young children. Twenty years ago, he was in jail following a fight. He said when he got out, his biggest worry was not going back. But he didn’t know where to turn.

“I didn't have any avenues for success,” Abraham said. “I didn't know what I was going to do. So I ended up couch surfing and I was automatically put in the same environment I was in before I was locked up.”

Abraham said when people get out of prison, they need help so they don’t end locked up again.

“(To) help those individuals that have already served (time) that really contributes them to being good taxpayers for the community, and also being able to be self-sufficient,” Abraham said.

But that can be tough to do. Justin Wayne is a Nebraska state senator from an Omaha district that’s Black and white, poor and rich, mixed together: 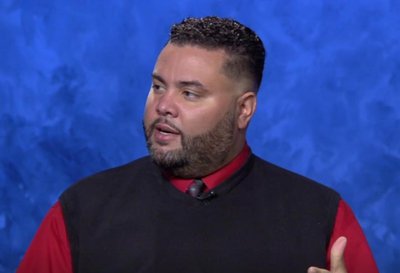 Wayne said treating people who’ve served time as people in society and not as outsiders is an important step. And he said people need to stop thinking of Black communities, like north Omaha, as a charity case.

Wayne said he’d like to see the investment in entrepreneurs and an injection of capitalism so people of color can get to work.

“I figure if we can get capital, we can be a part of the market and actually make a difference in our communities,” Wayne said.

This is something he’s working on this legislative session with a bill to help startup businesses with more funding to get off the ground. Wayne also points to the Nebraska Legislature’s governing body as an example of people of color not having the equal voice they should.

“So we're not at the table,” Wayne said. “If you look at the Legislature's governing board, which is our executive body, that looks nothing like the people we represent.”

Wayne said in the end, it’s tough for those in power to let others sit at the table, too.

“It's hard for those who are sitting at the table to have the power, the altruism to allow someone new to sit there,” Wayne said. “That's a scary thought. That requires somebody else not being at the table.”

And Wayne said, there’s still a long way to go.

“I think we're nibbling away but until we have real economic development in these areas that have high poverty and low employment, I think you'll never see that change,” Wayne said.