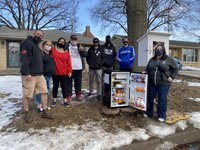 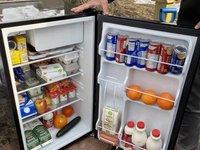 Leadership Lincoln installed its first community refrigerator this past weekend and it is already feeding local families.

The local organization came up with the idea of feeding families in communities with high food disparities. The first refrigerator is located at 612 S 42nd Street.

Cris Petersen with Leadership Lincoln says they have already restocked the refrigerator several times since installing it. She says that speaks to the issue of food insecurity in Lincoln.

“If everyone just does a little, then it makes a huge impact for their neighborhood and for their community,” Petersen said.

“We will certainly make sure that we’re keeping them stocked. But we also want to build a sense of community,” Petersen said.

Petersen says their goal is to install five refrigerators across the city by June.