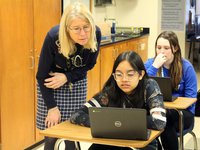 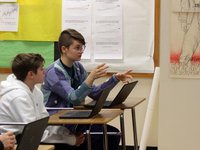 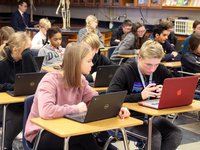 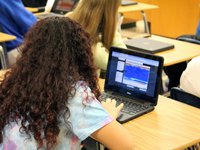 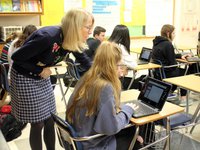 The walls of Mary Burke Morrow's science classroom at Lincoln East High School are covered with examples of student science projects and colorful motivational posters. But despite appearances, this isn’t a typical classroom.

Students are logging into EzGCM — that stands for Global Climate Modeling. It’s a system of computer models that lets you make detailed predictions about the future of Earth's climate.

Most universities don’t even have access to these computer models, because they require so much computing power.

But climate scientist Mark Chandler of Columbia University designed the EzGCM interface so that these teens can do the same kind of work he does at NASA’s Goddard Institute for Space Studies.

"So it essentially gives students access to large amounts of data from our climate model," Chandler said. "And it uses it in such a way that it forces them to kind of walk through the process of what we do at my Institute."

Students log into EzGCM on a web browser; the actual computer models are running on commercial servers, which is where the majority of the cost comes in. 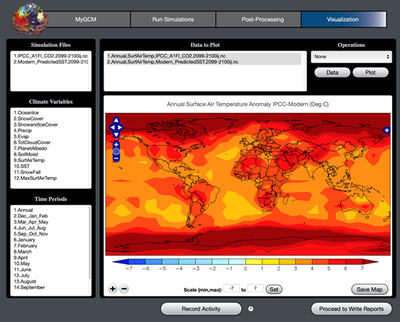 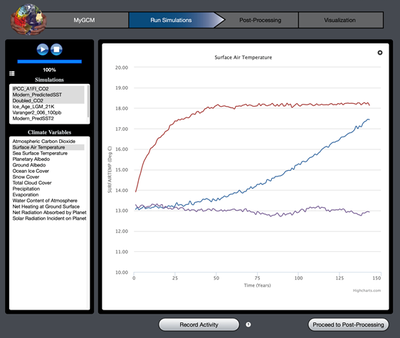 Nebraska teens are emulating NASA scientists thanks to a grant from the National Science Foundation.

Chandler is co-leading the project to create a curriculum using EzGCM any teacher could use. University of Nebraska-Lincoln associate professor Cory Forbes is the other side of that partnership.

"It is critical for students to have these experiences, I think, to be able to understand the scientific dimensions of how scientists have arrived at this kind of understanding about Earth's climate," Forbes said.

Forbes is also the director of the National Collaborative for Research on Food, Energy, & Water Education, and he's passionate about climate change education.

"Putting those resources in the hands of teachers and the students is pretty novel," Forbes said. "There's not a lot of other existing resources out there like that."

So far the curriculum has been tested with more than a thousand students in four Lincoln Public Schools classrooms, including Mary Burke Morrow’s.

"We're very fortunate to have gotten the grant to do it. It allows the students to do things that are like way above the capacity of a normal classroom," Morrow said. "Rather than just kind of being given the information, they notice, wonder and start driving their own questions."

Students create "what if" scenarios based on various factors, like carbon dioxide in the atmosphere, sea surface temperature, cloud cover, and much more.

"We've done some of the things that affect Nebraska," Morrow said. "Nebraska is kind of like the corn state. What happens when another country is able to grow corn better than we can grow corn because we're too warm, and now they're too cold, but they'll be the optimal temperature?"

Eleventh grader Jade Fry says it was a little hard to figure out how to use the program at first, but some after-school help from Ms. Morrow put her on the right track. 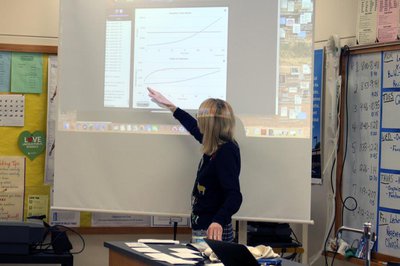 Mary Burke Morrow is a National Center for Science Education climate change ambassador and has trained other teachers in climate change curriculum. She's been teaching climate change as part of her earth science class for 10 years in the Lincoln Public Schools.

"And then I used it pretty much like all weekend, just like messing around with it, seeing how much it does and whatnot," Fry said.

This is exactly the reaction the grant team wants to see from students. It’s not just the content that matters, but the way students learn that content.

And both of those factors changed recently with the newest edition of the Nebraska State Science Standards.

"I look at the accomplishment of the 2017 science standards is one of the most significant in my career," said Cory Epler, Academic Officer and Administrator for the Office of Teaching, Learning and Assessment at the Nebraska Department of Education.

Epler oversees academic content for the Nebraska Department of Education. A big piece of that job involves the state standards – a long list of what Nebraska students are expected to learn at each grade level.

New science standards were approved in 2017, and one significant addition was the requirement to teach how the earth’s climate has changed – and how human activity has affected those changes.

The Nebraska State Board of Education approved the standards in a 6 to 1 vote – but not before hearing some opposition, like from Paul Meyer, a former board member at Millard Public Schools in southwest Omaha. He testified against the standards at a state board meeting in August 2017.

"When I ran and was elected to the Millard School Board of over 23,000 kids, one of my goals was to make sure that our kids were taught in an honest and truthful manner," Meyer said. "I did not want them brainwashed or indoctrinated with falsehoods. Global warming is a hoax. It is junk science."

Epler says such criticism isn’t surprising, but ultimately they leaned heavily on subject matter experts to determine the validity of climate change science.

"When we talk about the accuracy of the science within the standards, we had over 90 faculty from across post-secondary systems sign off on the standards as meeting expectations for college and career readiness," Epler said.

The new standards also change expectations for HOW educators operate in the classroom. The three-dimensional model asks students to put the content into practice and to make connections with other concepts. Epler says that’s a key component of climate education.

"I think where some of the controversy comes into is not so much are things changing, but what is causing the changes?" Epler said. "And I think that's what is been really exciting about the standards because we didn't present one side or the other in that conversation. What we did is we created a structure that actually allowed students to do the research, to make their own discoveries and to make their own decisions about why the climate is changing, and then being able to communicate those findings."

But that experiential model combined with new expectations for content has left a gap in resources for teachers to put them into action.

James Blake is the K-12 science curriculum specialist for Lincoln Public Schools, and he's also president of the National Science Education Leadership Association. At a recent meeting in D.C. aimed at helping states adopt Next Generation Science Standards, he heard anxiety from educators across the country.

"There is a collective fear that we've put the bar so high, if materials aren't catching up to that people won't feel supported. And when the state standards adoptions come up again, they're going to switch back to something that might feel more archaic to students and not be as active learning," Blake said. "So there's kind of a scramble right now for curriculum."

School districts can develop their own curriculum to meet the standards. That’s what Prairie Hill Learning Center, a Montessori school near Roca, Nebraska, has done.

Learning about climate change inspired a group of middle school students to draft a resolution asking the Nebraska State Legislature to acknowledge the climate crisis is caused by humans.

"My class decided we can no longer sit by and watch people lose their homes, their families, their lives," Hamric said. "The youth will no longer wait for our future to be destroyed. We are taking things into our own hands."

"I tried to get a lot of my friends that are do not go to the same school to strike and they are not as well informed on the subject as we are," Noordhoek said. "And it doesn't seem like they are as concerned as we are."

A recent NPR poll found 86% of teachers believe climate change should be taught in schools — yet more than half don't teach climate change. Most say that’s because it’s not related to their subject area, but 17% of teachers say they don’t have the materials needed to teach the subject. 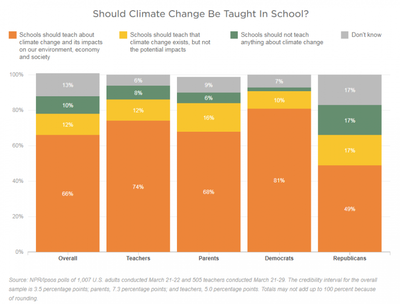 What’s happening in this Nebraska classroom aims to fill that gap.

"If you put yourself in the seat of a student, what's more exciting: looking at screenshots of a congressional report or being able to ask your own 'what if' questions?" Blake said. "And they can run that same report that the congressional folks that make those national reports are using to develop what the public sees."

As the NSF grant enters its fourth and final year, the NASA climate modeling curriculum will be expanded to more Nebraska classrooms.

"And it’s kinda fun to be on NASA’s computer. So when they say what did you do in class today, well we got into NASA’s computer to make predictions of the future."

The goal is to make the curriculum available for any teacher to use, nationwide.

And with 36 states recognizing human-caused climate change somewhere in their own state standards, the demand is there — the challenge will be making it affordable.