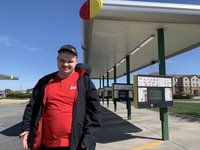 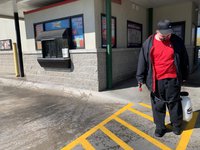 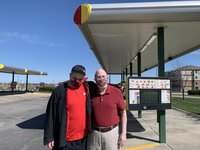 Nearly half of 25-year-olds with autism have never held a paying job, according to research organization Autism Speaks. But, a fast food chain in Lincoln is helping to change that.

It’s lunch rush over at Sonic Drive-in on Holdrege St where workers sporting red shirts are filling orders. But, one employee is outside cleaning the drive thru lot with a job coach by his side.

His father, John, came along to support him. 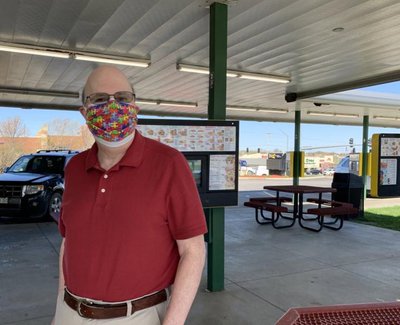 John Depenbusch, Jacob's father, says his son's work is only a five to six minute drive away from home (Photo by Melissa Rosales, NET News).

"Jacob, was first diagnosed with autism when he was 22 months old, and he's really faced a lot of challenges in his life," he said. "But, he is a great worker. He's the hardest working person I know, in fact."

John said his son has been trying to find a job for over a year, but with the economy down due to the pandemic, plus fighting a stigma about special needs, it’s been very difficult.

"I couldn't even count how many applications he put in to different businesses in and around Lincoln," he said.

Until local Sonic owner Joe Nauertc hired Jacob. Nauertc has been hiring people with autism since 2016. It was his mother, a former case manager for children on the spectrum, and his daughter, who was diagnosed with autism, that inspired him to widen where he looked for his workforce. 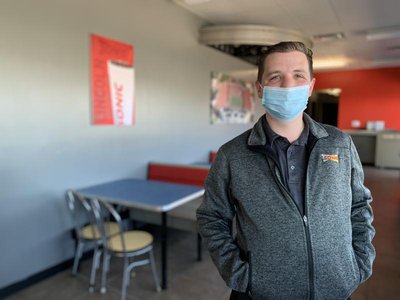 Local Sonic Drive-In owner Joe Nauertc says his daughter, who is diagnosed with autism, has been working in the restaurant since she was 16 years old and carhops (Photo by Melissa Rosales, NET News).

He hopes other employers will give them a chance too.

"If they would open their mind to it, that they would be pleasantly surprised by their work ethic, and the tasks that they are able to do," he said. "And really, they'll stick around, I've had some since 2016."

Jacob said he’s excited to earn his own money, to grow as a person, and become more independent. He hopes to have his own apartment someday and live a normal life.

"Work hard and never give up. That's all we have to do," he said.

Sonic owner Joe Nauertc said this is just the start for Jacob. If he wants to start working in the kitchen or be a carhop, he won’t stop him.

Ricketts: Virtual Meetings Okay; Vaccine May Not Be Widely Available 'Til April
City Mask Mandates May Be Possible; Restaurants' Role in Pandemic Discussed
Program Offers Help for Emotional, Economic Losses Due to COVID