NioCorp, the company trying to create a billion-dollar mining operation in Johnson County, Nebraska, concedes delays in pulling together financing for the project are frustrating but again asked for shareholders' patience. The comments came Thursday following the company's annual meeting.

If constructed, the Elk Creek mine would extract Niobium and Scandium hidden beneath farmland in southeast Nebraska. Both are rare earth elements used to strengthen steel and making electronics.

A year ago, CEO Mark Smith told NET News, "we're right on the verge" of arranging to finance the project. While striking an encouraging tone during the annual meeting, Smith told investors the company has still not secured the financing package needed to move forward. Smith has been funding company operations primarily through loans he's made to the company. 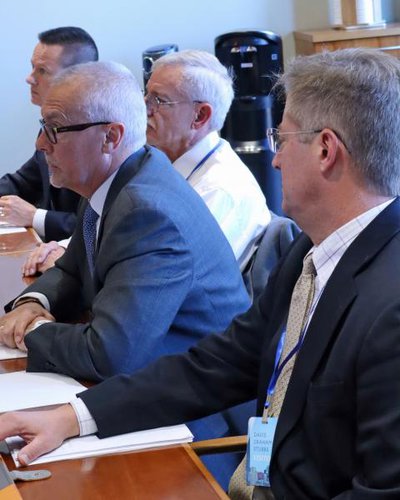 During the conference call, he said there are significant players interested, but COVID complicated an already complex negotiation. Smith was asked if the delay reflects doubts major investors may have about the market for the Niobium and Scandium that would be produced by the operation. He Smith, "I can say unequivocally that there is absolute alignment on moving forward on this project, and I couldn't be happier about that."

Over the past several years, the company's management secured most of the necessary government permits, extended and expanded land rights, and lined up an array of contractors prepared to start digging. Chief Operating Officer Scott Honan, speaking during an online briefing following the annual meeting, called the Elk Creek project "shovel ready," a phrase repeatedly heard in past public presentations. This time, however, he adds that the management team "moved as far as we can down the path of project execution in advance of getting project-level financing in place."

Smith said he understands stockholders may be frustrated by the delays. In the past year, shares of the stock have fluctuated but remain at roughly the same price they were a year ago.

At the end of trading on Thursday, the price was 61 cents per share.