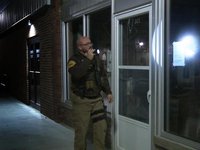 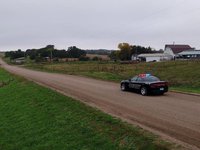 "There's bad things that can happen in the dark." 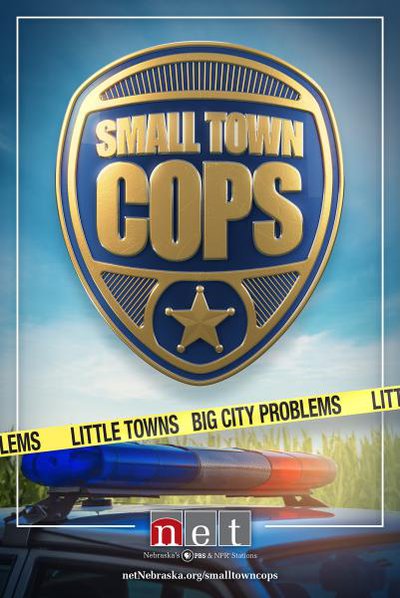 Approaching an unlit crime scene without another cop for miles around becomes an unnerving routine for officers working in the most remote corners of Nebraska. Police in urban centers may respond more frequently to emergency calls, but the rural officer working alone encounters a unique type of uneasiness.

"It's a whole different world than what it is in the daylight," Sorenson told NET News during the production of the documentary Small Town Cops.

When I asked Sheriff Sorensen and his chief deputy, Matt Schultz, what they want people to understand the challenges of working in rural Nebraska, they agreed.

"Tell them how dark it gets out there."

They also wanted to get across how isolated cops can be when they are miles from any occupied building and even farther from a fellow officer when they need assistance.

Some law enforcement veterans find the dark and isolation somehow comforting. Others told us it's an always unsettling part of the job, all year round.

Just before dusk, Deputy Schultz makes the rounds in Jefferson County, when everything is shrouded in a dim in blue light.

He knows almost every nook and cranny of the 576 square miles covered by Jefferson County.

His 4x4 patrol car slows when approaching the unincorporated town of Reynolds, just four miles from the Kansas border.

It's seven dark blocks long, and Schultz passes through faster than he can describe it.

"You'd be surprised at what you see after you work that same shift for six months."

Farther down the road, he points out a couple of locations of meth labs he took part in raiding when the drug was still a do-it-yourself project. The drug still has a hold on the county despite the arrival of opioids. Burglaries can be a problem. 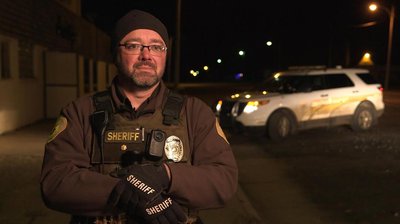 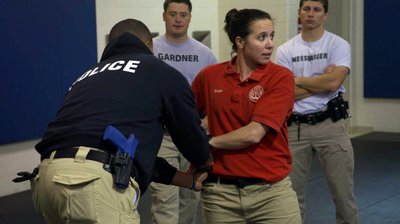 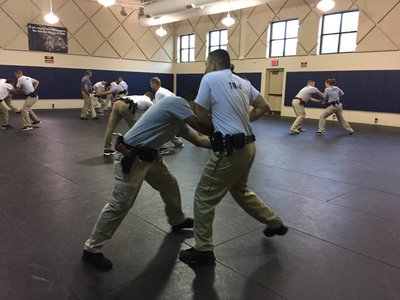 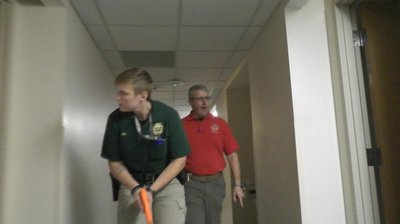 Schultz pulls into the village of Jansen, population 114. Like the county, it's been a steady decline for 30 years. Fewer people, more vacant homes, and the isolation grows for deputies on road patrol.

"In Lincoln right now, the streets are lit up," Schultz said, standing on Jansen's Broad Street in the middle of the one-block business district. "We're in town right now, but it's not very bright, and it's still dark. You've also got fewer people out here at night and usually after 1:00 in the morning when you're working out here by yourself, anybody you see is either delivering papers, or they're up to no good."

The Sheriffs Office headquarters sits only seven miles away, so Schultz could call for assistance and get a quick response. Assuming the others on the night shift are on their own challenging encounters.

" In the smaller communities whether you're a deputy or a state patrolman or a police officer, that backup could be 20 minutes to an hour away," Harshbarger said. "You're expected to handle those situations."

"I would have trouble doing what they do being out there alone on some of their calls because when you are alone, the risk goes up," he said.

"My hat is off to them for what they're doing."

According to the Officer Down Memorial Webpage, of the 114 deaths of law enforcement officers since Nebraska became a state, 78 occurred outside of Douglas and Lancaster Counties, where a majority of the state's population resides.

The danger of violence can impact both police and those they encounter in the line of duty. At times the risk is higher outside of big cities.

Cornell University completed a research study, published in the August 2018 the American Journal of Public Health, examining factors contributing to police use of deadly force in over 6,000 fatal encounters since 2012.

Police in predominantly rural areas of the U.S. accounted for more than 10 percent of all homicides of those officer-involved shootings.

Although the risk is high in urban areas, Frank Edwards, co-author of the research noted: "Two-thirds of all the (officer involved) shootings we're finding are in suburban, smaller metropolitan and rural areas, which have received scant attention from both researchers and the media."

At the Nebraska Law Enforcement Training Center recruits from local departments in towns and counties across the state spend hours in the "mat room" learning how to deal with a lone attacker. For an officer without any backup nearby, these are life-saving skills.

Students take turns lunging for their classmate's weapon only to be forced away with a powerful strike to the arm.

"When we are fighting for our weapon, we never give up," emphasizes instructor Randi Webb. The tone is deadly serious, as she punctuates each of the next words.

Webb, having served with the Grand Island Police Department, always thought the GIPD was small. It's a metropolitan force compared to some of the home departments sending her students. Some officers serve villages with two or three uniforms on duty.

"To me that's scary," Webb said. "I don't understand how they're comfortable going into a domestic violence call without another officer with them, but they're expected to break it up before their back up gets there."

The reality of mass shooting events occurring in small communities got the attention of the training center not long after the Columbine High School murders in Colorado.

Recently the accepted tactical response changed for local law enforcement, putting any officer, regardless of the size of their jurisdiction, in the line of fire.

"We've been taught you can do active shooter situations as a one-person team," Webb said, "going in by yourself and just hunting down where you need to go."

The NLETC training exercise designed to make that point resonates with the small town cops.

"We put multiple people in different rooms that if you move at an adequate pace, you should be able to see them, and …they walk the hallway, and they call out those that they see.

The drill takes place in their dormitory. A nervous officer, armed with a plastic pistol moves the entire length of the hallway. Passing doors on either side, eyes darting side to side looking for danger, some yell out "Contact! Contact!" to designate they found someone believed to be putting them at risk.

Another shouts, "Put your hands up, I want to see them!" She hesitates, and Kerby thinks she's not moving quickly enough and tells her to keep moving.

Some rooms are occupied. Some appear vacant.

Kerby shouts down the hallway" Bad guys step out!" and up to ten people, most undetected move into the hall. Every student makes some misjudgment about which room contains a threat.

It's what Kerby expects and what he hopes will make an impression on the new officers. "They realize just how much vulnerability there was to it," he said.

"They were moving too fast. When they looked left, looked right, should have seen it. They understand if they get help, it's for the best."

Regina Preston, a new officer with the Mitchell, Nebraska Police Department, said "unrealistic or not, it's still an eye-opener, and it was good training."

Regina Preston took the training for the four-officer Mitchell, Nebraska police department. It made an impression.

"It's scary, I'm not going to lie. It is scary," Preston said. "It's a scary thought to think that it's going to happen in our town."

In most circumstances, mutual aid agreements with the state patrol and neighboring police departments and sheriff offices help the officer out in the field get some backup.

For UNK instructor Harshbarger says he avoids saying big city police work "is more or less risky than that officer working in a smaller community," adding, "wherever you're an officer at there is a potential for violence."

For veteran Jefferson County Sheriff Sorensen, there's individual training that comes only from experience on the road and, many nights, in the dark.

In total darkness, he's found he starts to lose his peripheral vision, and the rest of his senses become less reliable.

There came a time, however, when he started getting used to the sensation "and that's where your training comes in."

"That feeling in your gut that says things aren't right here" becomes a necessity for self-preservation.

The work is not for everyone. After more than forty years working in rural Nebraska, Sheriff Sorensen says it takes a different mindset to patrol the middle of the night on a desolate country road.