In the same building, making mental health part of medicine

The Changing Look of Nebraska Health Care: Making mental health part of physical wellness is the goal of a group of behavioral health providers in western Nebraska. They’re reaching out to patients at rural medical clinics to provide care close to home.

Driving across the panhandle of Nebraska you pass farms and ranches, sugar beets and cattle. In a word, it’s rural. Actually, it’s beyond rural. Psychologist Catherine Jones-Hazledine says it’s classified as a “frontier area.”

“And that means that there are fewer than seven persons per square mile,” Jones-Hazledine said.

Jones-Hazledine lives and works out of Rushville in the northern panhandle. She’s one of just a few psychologists in this part of the state.

Nearly all of Nebraska outside of Lincoln and Omaha is categorized as a mental health shortage area. Even in places where there are behavioral health providers, there aren’t enough of them.

And more than 30 of the 93 counties in the state have no mental health providers. There’s no one to see about attention deficit disorder or anxiety or depression. Jones-Hazledine says that means clients often have to go out of their way for treatment.

“When they have to travel a long way, they miss work,” Jones-Hazledine said. “Many of the families just can't afford even to travel. So what happens is the consistency of the care is just not where it should be.”

Instead of making clients come to her, Jones-Hazledine and her group of providers at Western Nebraska Behavioral Health do something different. They’re kind of like behavioral health circuit riders. Each week they visit dozens of people at medical clinics across a 60-mile radius.

For example, in a typical week Mondays rotate between Alliance and Valentine. Tuesdays are in Chadron. Wednesdays are in Rushville. Thursdays are in Scottsbluff. From town to town, they treat people for behavioral health concerns in the same place people see their doctor.

“We utilize the exam rooms that are not being used on those particular days by the physicians,” Jones-Hazledine said.

This is called integrated care and it’s showing up all over the country, not just in rural areas. Holly Roberts, a psychologist at the University of Nebraska Medical Center, says part of the idea is to treat behavioral health problems where they first come up. That’s usually the doctor’s office.

“Because that’s often the first place that parents and families go when their child has a problem,” Roberts said. And adults often experience mental illness through physical symptoms. “Stomachaches and headaches can be anxiety and depression.”

Roberts says currently, when most people are referred to a psychologist or therapist, they have to go somewhere else. But whether they live in the city or the country, there’s a good chance they won’t even show up.

People are more likely to go the doctor’s office.

Roberts works at the Munroe-Meyer Institute at UNMC, which has been pushing the idea of integrating behavioral and medical health in Nebraska.

The institute’s goal is to have an integrated clinic in every community over 3,500 people. They helped Catherine Jones-Hazledine get started in the panhandle. According to director of psychology Joe Evans nearly 20 locations are up and running, so far, putting them about halfway toward that goal.

Doctors can be reluctant to give up space, Roberts says, but a big selling point is saving time. When a behavioral health question comes up, it puts a doctor on the clock.

“Those visits can last up to five to seven to twenty minutes longer and they can often not bill for these services,” Roberts said. “And so they're losing money.” 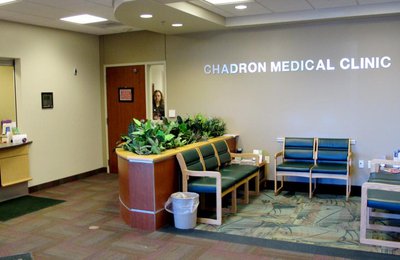 People waiting for a behavioral health appointment wait in the same place as all patients at the Chadron Medical Clinic. It is a deliberate attempt to protect the privacy of patients worried about the stigma of being labelled as mentally ill. (Photo by Grant Gerlock, NET News) 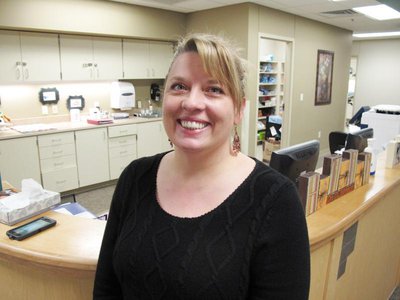 Psychologist Catherine Jones-Hazledine grew up in Rushville, Nebraska. Now she lives there and travels to medical clinics in other parts of the panhandle to see clients with few alternatives for behavioral health care. (Photo by Grant Gerlock, NET News)

Dr. David Johnson at the Chadron Medical Center, the Tuesday stop for the circuit riders, says he can treat physical symptoms. But it may be counseling – rather than a pill – that gets to the root of the problem.

“Eighty-five percent of the time there's an interrelation between the physical health and the emotional aspect of what's going on,” Johnson said.

Having integrated care in a rural area helps gets around one of the biggest obstacles to treating the mental side of an illness – the stigma.

When a patient goes to the Chadron Medical Clinic for behavioral health, they come in the main entrance to the hospital. Everyone sits in the same waiting room. They are called back to a normal exam room with the same crinkly paper on the exam table and the same jar of tongue depressors on the counter.

No one would know if they were there for a flu shot or depression. And that’s the point.

“When I was growing up there was a psychologist in Rushville, in my community, and she lived and worked in a big, yellow, two-story house on the corner of the highway and the street that led to the school,” psychologist Catherine Jones-Hazledine said. “Everybody knows what everybody else drives. People couldn’t seek services and have that be a private part of their life.”

Shanna Rosentrater is a therapist on Jones-Hazledine's staff. She grew up in Hemingford, a small town south of Chadron. When it comes to mental illness, she says people out here are expected to just “suck it up.”

But when they have a place to go, a place that’s private, it breaks down those barriers.

“I did an intake yesterday where the lady was just like, ‘This is what we do in our family, you know, everybody kind of struggles with mood sometimes. You just keep going. You just keep doing the routine things you have to do and you just work through it,” Rosentrater said.

“But she said, ‘You know, my daughter, she needs a little something extra.’ So it was kind of nice to see her connect with that old school mentality but also realize that there is help that can be had.”

To get past people’s fears about mental health, it can help to have a place to go that treats both their mind and their body.