'I Might Be Your Neighbor': After School Club Empowers Migrant Youth to Tell Their Stories 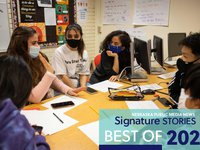 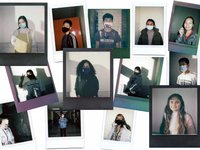 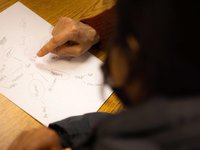 Nebraska is fifth in the nation for refugee resettlement per capita. As NET’s Melissa Rosales and Gabriella Parsons report, one program in Lincoln aims to give young refugees and immigrants a voice through multimedia storytelling.

It’s a Tuesday afternoon and the last bell of the day just rang at Lincoln High School. Masked students write their names in the center of a piece of paper and draw lines with words that describe who they are: “refugee,” “papaya salad,” and “Karen.”

The students are here for Untold Migrant Stories, an after school club run by the Asian Community and Cultural Center. The program equips migrant youth with multimedia skills so they can share their own stories with the community.

Rozalin Murad writes down the word “photographer” and other self descriptors. The junior high student from Sinjar, Iraq, starts to see her project come together.

"It's called the petals of the Rose, which represent my nickname, and I'll be connecting it into like, different stories about me all together in a portfolio," she said.

Murad joined Untold Migrant Stories this school year. She’s excited to tell her story because she wants people to understand who she is. Murad is eager to confront the misconceptions people have about her. 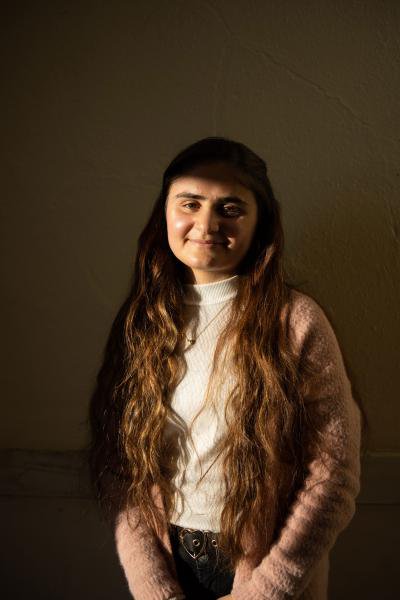 "When I tell people that I'm from Iraq, they don't believe me in the first place," she said. "They're like, 'Oh if you're from Iraq aren't you Muslim? Why aren't you wearing the hijab?' I'm Yezidi. I'm not Muslim. That's why I don't wear the hijab. So that's what they misunderstand."

Murad is one of more than 3,000 Yezidi refugees who’ve resettled in Nebraska. Yezidis are a religious minority in Northern Iraq who were displaced by ISIS in recent years.

The Asian Center’s Youth Coordinator Natalie Wiebelhaus said the program creates a safe space for refugees like Murad to tell their stories.

"When we are giving our own story, it's an act of vulnerability, and of bravery, and trust that other people will hear you and understand you, and accept you, which obviously does not always happen," she said. "But in this program, that's what we try to provide for the students that come." 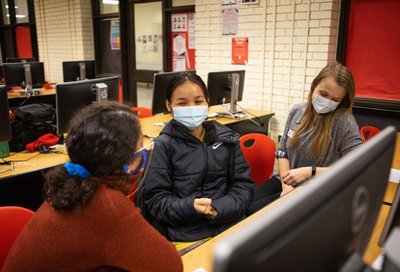 Wiebelhaus said the program makes an impact on students like Murad.

“When I enter that classroom, I know that no matter what my story is... or what I tell, or how I tell something, other people can understand it," she said. "It's just an environment where you're like, 'Oh, we're just family, we can understand each other."

"So, I want you to bring something that you think it's very important to you. Okay? And that represents you. Old photos of your family, maybe something that could connect it with your culture, heritage, identity, etc."

"There is like that lostness, that sense of not feeling belonging to the new place that you're in," she said. "And I think that's important to tell them that, no, you can have that space to love your culture, to love your identity to know more about it and cherish it.”

One senior student, Pu Pu Dah, a Karen refugee from Thailand loves her cultural identity. The Karen are an ethnic minority indigenous to Burma. Dah said the program gave her the strength to tell her story.

“I told many stories. And I'm proud of myself because I feel like I've done something for my people to be known," she said. "People don't know a lot of Karen. When I say Karen people will go like 'Korean?' And I said, 'No, it's not Korea. It's Karen.”

Dah produced a video called, "Hope For A Homeland: The Struggle of My Karen People" for the Untold Migrant Stories Spring 2019 Showcase.

Nebraska is home to more than 5,000 Karen refugees, including families like Dah’s. 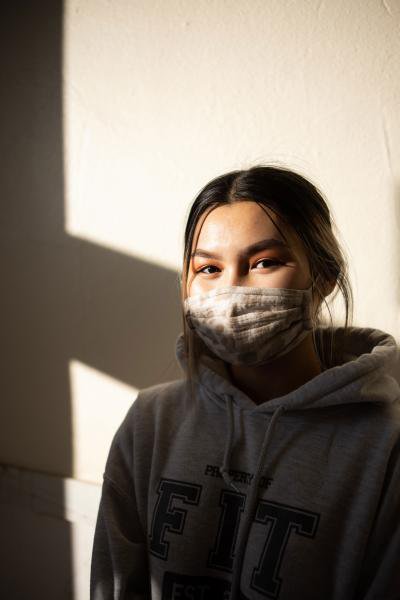 Pu Pu Dah has been in the Untold Migrant Stories program for four years. The Lincoln High senior plans to continue telling her story after she graduates. (Photo by Gabriella Parsons, NET Labs)

For decades, the Karen people have fled to Thailand to escape persecution from the Burmese military. Earlier this month, a government coup in occupied Burma (or Myanmar) sparked traumatic memories for Karen refugees in the U.S.

This upsets Dah but inspires her to take the opportunities Untold Migrant Stories offers because most of her people can’t.

"I think I will continue to tell my story till like, one day we get freedom," she said. "And let people know about my people ‘til one day they know, when I say Karen, people don't have to question me."

Untold Migrant Stories reminds us that no matter where we’re from we all have a migration story to tell. Youth Coordinator Natalie Wiebelhaus, who we mentioned earlier, said stories like Dah’s have widened her perspective on migration as a Nebraskan.

"Everybody has a migration story, no matter who you are, it may be your ancestors, but we all have some point of connection," Wiebelhaus said. "Sometimes we don't think to ask, to really dig deeper into stories of where people come from." 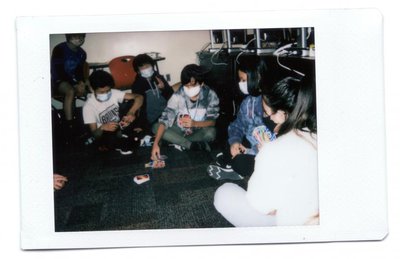 Dah said learning other people’s stories helps us better understand each other.

"Accept people from where they are, where they're from, like who they are. I might be your neighbor," she said. "Get to know me. Talk to your neighbor and let’s start a conversation. People will be more vulnerable to tell you their story, so you will get to know more about them."

You can follow the students’ stories on the Asian Center’s Instagram @untoldmigrantstories. The program’s showcase will be on May 20, at the Centennial Mall in front of the Nebraska History Museum in Lincoln.

Editor’s Note: A previous version of this story incorrectly stated that Vianne Sheikh is Kurdish. Sheikh is originally from Kurdistan, Iraq, but is not Kurdish. Nebraska Public Media News regrets this error. This story is part of our "Best of 2021" Signature Story report. The story originally aired and was published on Feb. 17, 2021.

Voices of a Changing Nebraska: ‘They Don't Understand Us’
Gretna One-Act Takes the Stage Seeking Another Title
Omaha Museum Getting Nelson Mandela Exhibit