How one Marine helped another get home, and a look at homeless veterans in Nebraska

On any given day about 50,000 American military veterans are living on street corners or under bridges, including several hundred in Nebraska. 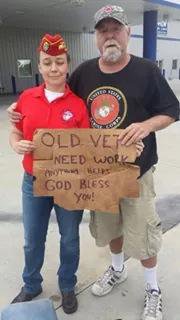 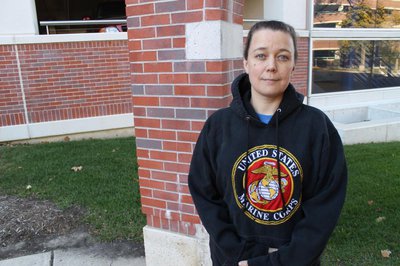 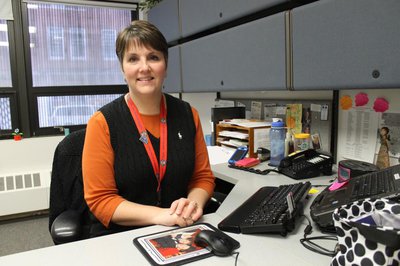 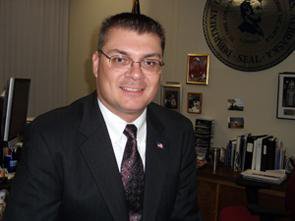 NET's Nebraska Veterans web site, with links to television and radio content, and resources for veterans

You may have seen him sitting on a bench in front of a restaurant in Lincoln’s Haymarket district. A scruffy man, maybe retirement age, backpack at his side, holding a homemade cardboard sign. “Old vet. Need work. Anything helps. God bless you.”

It was really an accident Shelly Roberge saw him. In September, the Lincoln construction worker couldn’t find a parking place close to the job she was working on. She had to park farther away and as a result walk by the homeless man. The word “vet” on his sign caught her eye; Roberge was a Marine in the early 1990s.

“I didn’t know who he was with or who he was,” Roberge said. “I was just going to tell him ‘thanks for his service,’ so I decided I’d ask him who was he with when he was in and he said, ‘Marine Corps,’ so I showed him my tattoo that I have on my arm and he got all excited cause I was a Marine too.”

Roberge sat down and talked with him for half an hour. She learned his name – Mike - and his story. He’d served in the Marines in the late 1970s, early 1980s. Earlier this year he left Grand Forks, North Dakota, to bury his mother. At some point on the way back he had medical issues, and got stuck in Lincoln without enough money to get home. He tried the City Mission, but that didn’t work out for him, so he’d been living on the streets of downtown Lincoln, panhandling for enough money to get a bus ticket home.

“I want to say it was several months that he’d been down there,” Roberge said.

There are hundreds of vets like Mike on the streets of Nebraska. Every year the U.S. Department of Housing and Urban Development leads a “point-in-time” count of the number of homeless in America on one night. From the 2014 report, there were 241 homeless veterans in Nebraska, almost 50,000 nationally. But this doesn’t take into account factors like people who don’t identify as veterans, or happen to find temporary shelter with a friend.

“Within this coming year we’ll encounter probably roughly around 1,200 homeless veterans,” said Kerry Miller Loos, coordinator of the Health Care for Homeless Veterans program for the Department of Veterans Affairs in Nebraska and Western Iowa.

Miller Loos said veterans are also more likely to become homeless than non-veterans. About 12 percent of the overall homeless population nationally are veterans. “It’s a combination of factors,” she explained. “PTSD (Post-Traumatic Stress Disorder) is definitely a factor. People come back from service and don’t have employment in place, so lack of employment is a factor. Medical conditions have been a factor. Mental illness and substance abuse are a significant factor in contributing to their homelessness.”

“You have a lot of dual diagnoses,” said John Hilgert, a veteran who is director of the Nebraska Department of Veterans Affairs. “You have people that are self-medicating because they have a persistent mental illness, that was either acquired or from certain stressers and so forth.”

Miller Loos says entities like the VA and community organizations they often collaborate with are working to identify homeless vets and connect them with resources that can help, things like beds available in emergency housing programs or mental health care. She points to an expansion of these programs and resources as one reason that the number of homeless veterans counted for that yearly report has declined as much as 40 percent since 2010. But there are still challenges, one being that some homeless veterans resist any help.

“There are veterans who don’t necessarily want to be connected to that bigger system,” Miller Loos said. “They don’t want to be accountable to somebody, and agreeing to be a part of some of these programs, you’re also agreeing to have somebody like me meet with you regularly, and make sure that you’re doing OK, and maybe ask questions that could be seen as intrusive, and they don’t want to deal with that.”

“It’s that one to one, that human to human contact to get that person in,” Hilgert said. “There may be a bed open in a shelter, but they may not come in. They may not want to.

“I wouldn’t overgeneralize,” he continued. “I think that’s there’s different levels of need, different resources that need to be deployed depending on where that person is. So if we keep on communicating, we keep the resources strong, we don’t judge, we don’t generalize. At the end of the day, there’s a lot of folks that just need a little bit and they’ll be fine.”

Mike, the homeless vet stranded in downtown Lincoln, got that little bit of help from fellow ex-Marine Shelly Roberge. First she brought him bottles of water and snacks. Then she turned to her comrades in the Marine Corps League, an organization for former Marines.

“We got him a bus ticket, a little bit of cash for the ride there, for meals and whatever, some extra clothes,” Roberge said. “We had gotten him a sleeping bag and stuff until we could get him on the bus. That’s what we do. We’re Marines, we help other Marines.”

Courtesy of the Marine Corps League, Mike slept in a hotel room his last night in Lincoln. The next day they gave him a ride to the bus station. A few pictures, hugs and handshakes, and Mike was on the road to North Dakota. Roberge has talked to him on the phone a few times since; she’s heard he has a job and a place to stay. One of Mike’s friends told her she saved his life. One less, but still hundreds of homeless vets in Nebraska.

“It’s sad,” Roberge said. “I wish I could help every one of them. It makes me feel good even being able to help the one get back where he needed to be.”