Housing Nebraska’s homeless, and how one Omaha couple got out of a tent camp

About 10,000 people are homeless in Nebraska each year. Recently two names dropped off that list, an Omaha couple who were living in a tent camp. In February we introduced you to Rickie and Jennifer; Mike Tobias continues their story, and examines the challenges of housing Nebraska’s homeless population. 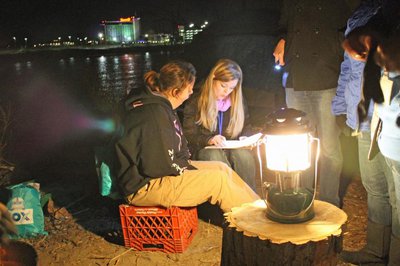 Jennifer (left) meets with a homeless outreach worker during a January 2015 visit to their tent camp on the Missouri River (All photos by Mike Tobias, NET News) 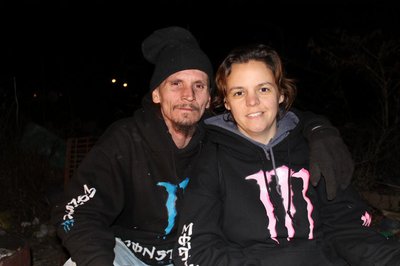 Rickie and Jennifer pose for a photo at their camp. 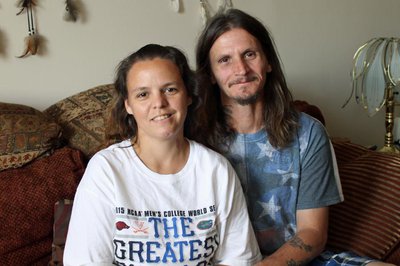 Jennifer and Rickie pose for a photo in their apartment. 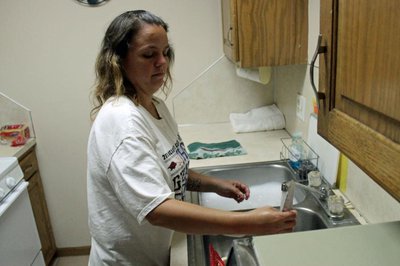 Jennifer does dishes in the apartment; they moved here in spring 2015. 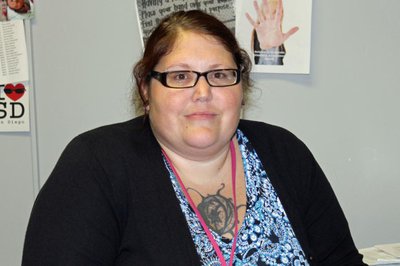 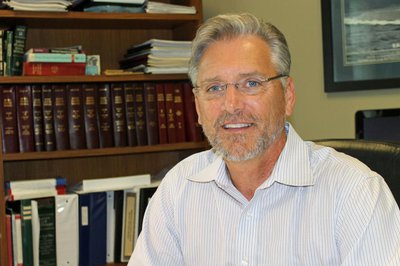 Jennifer and Rickie Shinabarger gave a tour of “the jungle.”

This is what they called their tent camp on the banks of the Missouri River in Omaha. A fire in a sawed-off oil drum provided heat. A nylon tent was shelter. It was their home.

“Sometimes we have to wear our overalls to bed. That’s how cold it is,” Jennifer said.

“Here’s the kitchen,” Jennifer said, walking through their apartment on the edge of downtown Omaha. “I still need some new things, but other than that it’s all equipped.”

The apartment Rickie and Jennifer moved into is not fancy; there’s a living room, kitchen, bathroom and one bedroom. The donated furniture is mismatched, but in good shape. The place is clean and decorated with things important to the couple; his collection of toy cars, her collection of elephants. Native American dreamcatchers from Rickie’s mother hang on one wall, family photos on another.

They’re asked if it’s a good amount of space. “Yes,” Jennifer answered. “It’s a lot bigger than a tent.”

Life hasn’t been smooth for Rickie, in his 40s, and Jennifer, in her 20s. It includes rough childhoods, failed relationships and criminal records. Both are unable to work because of medical problems, and both are trying to get on disability programs, which would provide some income. For now they survive on food stamps and things people give away. Rickie said he’s lived in shelters or on the streets for more than two decades.

Here’s how Rickie and Jennifer got from a tent to an apartment. It started with contact from an outreach worker.

“I have clients that live on the street. They were one of my clients for a while,” said Sarah Hughes, an outreach specialist for Heartland Family Service in Omaha who started working with Rickie and Jennifer about a year ago. “I do a screening assessment on them, and then they go on our waitlist for housing with Heartland Family Service.”

Because Rickie was classified as chronically homeless and both were considered vulnerable because of health problems and other risks, they became a higher priority for housing programs. After a couple months they were connected with a U.S. Department of Housing and Urban Development program for people who need long term assistance; HUD is a common funding source for housing the homeless. Rickie and Jennifer picked out the apartment, it was inspected for quality standards and then they moved in. The program pays their rent and utilities, but there are expectations.

“Maintain a lease, so they’re in charge of maintaining a lease with their landlord,” Hughes said. “So if that means not having people live with them, not having pets. If they get notices for behaviors maybe they’re not supposed to have, partying. Those are some stuff that we do with them. But it’s up to them to maintain that lease. And we try to teach those tenants how to be tenants, how to be good tenants.”

That’s one of the things that happens when outreach workers, as part of the program, visit Rickie and Jennifer a couple times a month at their apartment to see how things are going and offer assistance. Those who work on housing the homeless say this support is vital in keeping people from returning to the streets.

“If you’ve been outdoors, if you’ve been homeless for a long time, you don’t know the activities required for independent living,” said Topher Hansen, CEO of CenterPointe in Lincoln.

Hansen, who has been doing this sort of work for more than two decades, said continuing to work on the things that often accompany or cause homelessness is also important after getting someone into housing. Things like mental and physical health issues, substance abuse and unemployment.

“One of the things that I think is the secret to getting people better sooner for longer is that you identify all the issues they need and bring them all forward at the same time,” Hansen said. “If you’re ill in the first place with mental health and substance issues, then you need to begin to work on those issues so you can sustain that housing; otherwise it just is a revolving door that people are in and out and what we want is really to move them towards stability.”

It’s an example of what is called the Housing First philosophy for dealing with homelessness. “It follows that idea that if you’re going to get better, the first thing you have to do is take care of basic needs,” Hansen said. “So a roof over your head and food in your belly and clothes on your back and finding the basic needs first is the way that you have to proceed; and then, you can start approaching the health care issues when somebody is really in a safe, secure situation to get better.”

“Believing that housing is a fundamental right, and even if they’re using drugs or drinking alcohol or (have) mental health symptoms, housing is deserving,” Hughes said. “Then hopefully some of those symptoms or those behaviors will loosen and lessen when they go into housing.”

Solving homelessness is a resource-heavy task, requiring lots of one-on-one work with clients. Nebraska receives significant federal funding for this purpose; Hansen says CenterPointe alone gets about $2.5 million yearly from HUD and the Veterans Administration. But Hansen and others working on the issue say more help is needed.

“I think the funding has been an issue, but there’s no question the housing doesn’t exist in relation to the need,” Hansen said.

“We would need more money, and people, and support,” Hughes said. “Landlords, I would say right now the struggle is landlords. We could have all the money in the world, but if we don’t have landlords that are willing to take a chance and house people that are going to be a little more work for a landlord, it’s hard.”

Important because most housing solutions in Nebraska infuse clients into the community, an approach Hansen believes is more effective than dedicated facilities for people who had been homeless.

Rickie and Jennifer say many of their neighbors don’t even know they used to be homeless. They’re more than happy to be rid of that label, and living a more normal life in their apartment. A variety of health issues keep them from working. They watch TV, play board games and go on walks. So what’s the best part of being in a place of their own?

“It’s our own. It’s ours,” Jennifer responded.

“And we can come home and say I’m tired. I want to go to bed any time I want. Eat what I want. Relax,” Rickie added.

When they first moved in, Rickie carried Jennifer over the threshold into the apartment. A wedding tradition that wasn’t possible when they got married; at that time they were living in a tent by the Missouri River. 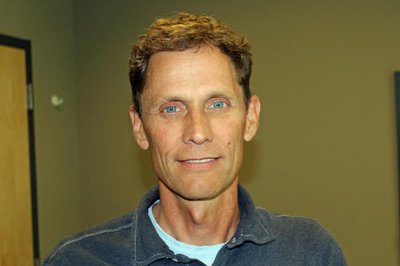 “With the Housing First, I think that’s something that programs have talked about for a long time, but really are starting to fully understand it more. The impact of moving somebody straight from the street or shelter into a housing situation really has been a change, not only in philosophy, but also in outcomes for people. Historically, the requirements (that) you had to receive treatment for or have a length of sobriety first before you are even considered to be put into a housing program are becoming more outdated and luckily, we’re starting to see some benefits from that now.”

“People who are chronically homeless tend to have multiple issues; not only the issues around homelessness, but also addiction, mental illness, chronic health conditions. So they’re not only recovering from that stigma of homelessness, but also all those other barriers you might say that have put them into that situation in the first place. So there is a lot of education. There is a lot of support that’s required to overcome some of that stigma. It’s a huge challenge. A lot of people for that reason go into housing and return to homelessness. It’s not a big number that that happens to, but there’s definitely some that living in that confinement of an apartment or whatever just is too uncomfortable and they end up going back.”

“Being alone sometimes is a challenge. A lot of the guys that have been chronically homeless, there’s a social component to that where you’re with other people in camps or in shelter or wherever, and then when your faced with being alone at night by yourself, that can be a big challenge for people to adjust to.”