It’s hard work for a group to gather enough signatures on a petition to get an issue on the ballot in Nebraska.

Getting voters to approve it is even harder. 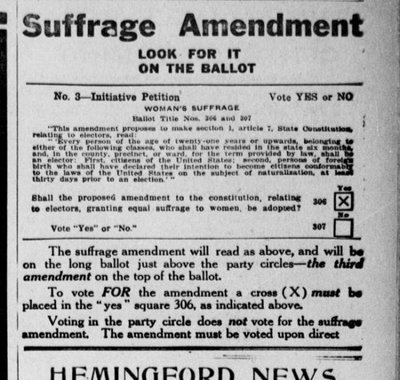 Since statewide ballot initiatives began in Nebraska in 1912 only about a third won a majority vote. Issues as varied as giving the vote to women, allowing casino gambling, and limiting local tax increases all failed on Election Day after very successful petition drives.

It’s a piece of history that might be instructive to anyone who assumes bringing back capital punishment is a sure thing following a statewide referendum vote.

On Wednesday representatives of Nebraskans for the Death Penalty announced at a press conference in the capitol rotunda the group collected 166,692 signatures. That would be sufficient to force a vote on the death penalty during the 2016 general election. The Nebraska Secretary of State must now verify that count.

That initial enthusiasm may not translate into votes, said Dan Parsons, a Republican political consultant who’s worked with many Republicans and referendum campaigns. He is not affiliated with either side of the death penalty campaign, but has seen it’s challenging for any populist movement.

“That's great to have that passion,” Parsons said, “but then you have to take that passion amongst a small group of people and expand it to a statewide effort and that's difficult.”

There have been notable success stories.

Voters surprised many by agreeing to an increase in the minimum wage last year. Measures to block same-sex marriage and enforcement of affirmative action laws won sizable majorities. Creation of Nebraska’s unique one-house legislature was a product of a referendum in 1934.

Secretary of State John Gale who supervises the election process in Nebraska sees signing a petition and supporting an issue as two different frames of mind. When citizens are approached by sidewalk petition circulators it’s often so early in the process most people have not fully researched an issue.

“The message they're hearing is ‘let's put this on the ballot and give the people chance to vote on it,” Gale said. “I think that resonates well with a lot of people. You sign that petition because (you want to) let the people vote on it.”

Death penalty advocates may have a strong advantage in that many voters solidified their position solidified years ago. 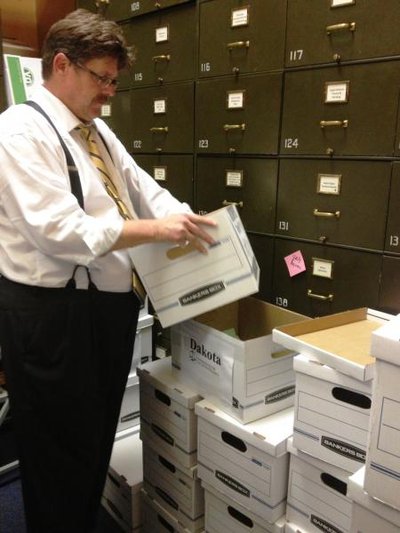 This effort is also historic. The death penalty opponents employed a rarely used section of the initiative process which, if enough verified signatures have been secured, would immediately reverse a law passed by the Legislature just weeks earlier. Other ballot initiatives attempt to introduce a new law.

The secretary of state told NET News, “I find virtually no other significant instances of the public immediately seeking to repeal a statute which has just been passed.”

If the signature count stated by Nebraskans for the Death Penalty hold it would also require Nebraska temporarily put the use of the death penalty back on the books until the referendum election is held in November of 2016. While legal challenges are likely, it could give the governor authority to proceed with executions while voters debate the merits of the issue prior to casting ballots.

“So it's highly unusual in that respect,” Gale said.

Beyond the merits of the issue, there may be a host of other outside influences affecting the results of a referendum election.

Political scientist Paul Landow of the University of Nebraska at Omaha said results could be influenced by anything from money spent on advertising to a news event shifting public opinion at the last minute. Predictions based on the state’s political party preference or past election results may not be predictive of a vote on any specific issue.

What seemed at the time to be popular citizen-backed referendums supporting causes like tax relief and allowing casino gambling provide useful cautionary tales.

In 1998, anti-tax activists arrived at the office of Nebraska Secretary of State Scott Moore with stacks of cardboard boxes overflowing with petitions.

Known as Ballot Initiative 413, it forced state and local government to cap tax rates and required a vote of residents anytime an increase was thought to be needed.

Petition drive leader Ed Jaksha claimed to have collected 163,294 signatures and called the measure a “declaration of independence by the people of Nebraska.”

With anti-tax sentiment running high the issue seemed to be gaining some real traction. Come Election Day the measure was crushed when 64 percent of Nebraskans rejected the plan. A second citizen-organized initiative on the ballot, backed by out-of-state phone companies, was also defeated.

That same year seven amendments to the Nebraska Constitution were proposed by the state Legislature. All passed by wide margins. It’s an example of a surprising fact.

“History shows the Legislature has a much easier time changing the constitution (and) changing laws through referendum than citizens (organizing petition drives),” Parsons said.

Studies of Nebraska election results completed by the Initiative & Referendum Institute revealed between 1914 and 2000 the passage rate for ballot measures was only 37%. The percentage is roughly the same over the past 16 years.

The notable losses after successful petition drives include a 1944 attempt to ban selling liquor years after Prohibition, a 1978 proposal requiring a deposit on returnable beverage containers and several attempts to expand gambling. All flamed out by the time voters arrived at the polls.

Claude Louishomme, a political science professor at the University of Nebraska at Kearney teaches about the initiative process in his political science classes. He sees indications of what drives results in ballot-issue elections reflected in the unsuccessful votes to expand gambling in Nebraska.

Louishomme notes research showed many Nebraskans like the idea of additional revenue derived from casinos and keno and many did some recreational gambling. However, opponents to gambling made a passionate case that casinos would undermine the state’s quality of life.

The strength and the simplicity of gambling opponents argument showed in the campaign organization’s official name and slogan.

“What was the name of the organization opposed to it? Don't Gamble With The Good Life!” he said chuckling. “Who wants to gamble with the good life, brother?” 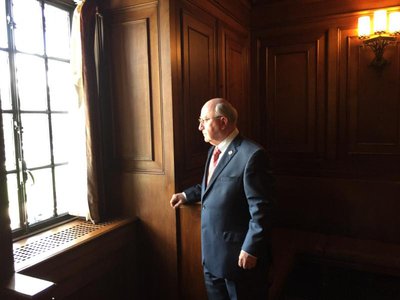 Since the initiative process came to be in Nebraska citizens have successfully put 69 issues on the ballot. Only

have a similar system.

“It’s one of those things we’re very proud of in the secretary of state's office and I think Nebraskans in general would be proud of,” said Secretary of State Gale who oversees the process.

Nebraska was first in the United States to approve use of citizen ballot initiatives. In the early days of statehood the process could only be used by cities. By 1912 voters decided the practice should be made part of the state’s constitution.

While there has been no attempt to eliminate the referendum system in Nebraska there have been times when those fending off a citizen-led petition drive wondered if ballot initiatives duplicated the work of elected officials chosen to create laws.

“That of course is the ultimate question,” Landow said. Summarizing the argument made by skeptics Landau asked rhetorically, “if you've elected a representative why do you need all these mechanisms that would allow you to overturn what your representative has already done?”

Ultimately Landow agrees with marketing consultant Parsons. They see ballot questions as a reasonable way to even the playing field in a small population state, especially with only one house in its legislature.

Parson notes “the citizen referendum is sometimes called the second house of the Legislature.”

Giving people a voice through the petition initiative is really important,” Parsons said to put a check on the power of lobbyists or other powerful entities with greater funding and power than any one Nebraskan.

“I think the referendum petition system in Nebraska is healthy,” he added.\

EDITORS NOTE: An earlier version of this story contained a reporter's error, misspelling the name of Dr. Paul Landow.