Help wanted in rural communities, but housing can be hard to come by

Nebraska’s unemployment rate is well below the national average. That should make it easier for towns and cities to recruit new residents to fill open jobs. Instead, jobs often stay open because there are too few affordable homes and apartments.

The housing market isn’t working for many rural towns and cities. It’s a situation that threatens to turn low unemployment from an advantage into a liability.

“What we don’t want to see happen is employers in those rural communities say, ‘You know, I can’t find labor. I’m going to shut down and move on’,” said Richard Baier, president of the Nebraska Bankers Association and former head of the state Department of Economic Development.

“The challenge now is to build enough units to catch up with that pent up demand, and do it economically,” Baier said.

Housing shortages are a familiar story in tech hubs like Seattle where rent is notoriously expensive, or Bakken oil boom towns where the population spiked seemingly overnight. 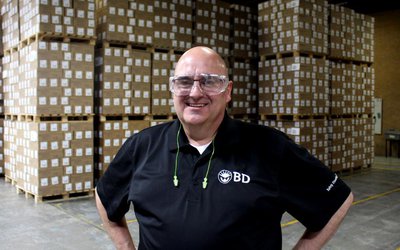 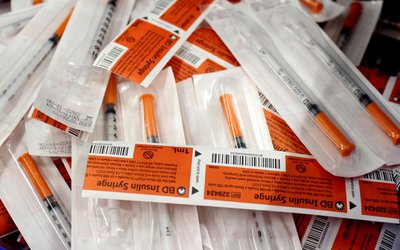 Nearly 700 people work at the Holdrege plant, but more than 30 jobs are still open. Workers drive in from up to an hour away to work there. (Photo by Grant Gerlock, NET News/Harvest Public Media)

About 675 people work in Holdrege to make up to 9 million syringes per day. The company is hiring, too. About 30 jobs are open, including technicians to program industrial robots and mechanics to keep the robots up and running.

Those jobs can be hard to fill. Holdrege is running short on apartments. Older homes around town need to be renovated, and new homes cost too much to build. Phelps County as a whole needs more than 200 homes to catch up with demand.

“Sometimes we run into that barrier where we just can’t encourage folks to come here because housing can be a struggle,” Deakin said. “During the recession we had folks from out of state who would get in their cars and just drive out here. We had a job for them. Now they had to find a place to live.”

Experts on rural housing offer different reasons for the shortage: the aging population prefers to stay at home longer, stagnant wages and student debt give young workers less buying power. One of the common threads is that rural communities tend to have a disproportionate number of older homes.

In Phelps County, for example, two-thirds of the homes were built before 1970. That’s a sign of how few new homes have gone up in recent years.

Houses are like roads and bridges, if they aren’t fixed up, they will wear out. And as homes wear out, they go off the market.

“The housing stock is aging. It’s lower quality,” said Mark Skidmore, an economist at Michigan State University who studies rural economic development. “So then, you’re trying to think about, how we can get the kind of housing we may need, and at the same time you’ve got housing that is becoming dilapidated.”

Several states are trying to spur home construction. Nebraska created a $7 million fund to match housing investments. Both Kansas and Iowa are using tax credits to lure investors to rural communities. The U.S. Department of Agriculture offers loan guarantees for some rural mortgages and apartment projects. 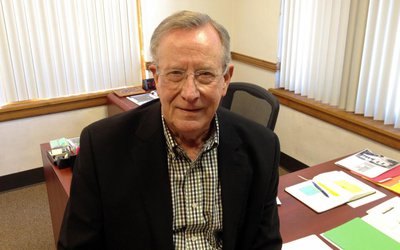 Ron Tillery is executive director of the Phelps County Development Corporation, a nonprofit that has been working to revitalize the housing market in Holdrege and surrounding communities. (Photo by Grant Gerlock, NET News/Harvest Public Media)

In Holdrege, a local nonprofit is stepping in to create more places for new residents to live. A few blocks from downtown, construction crews are building eighteen apartments on the site of a demolished schoolhouse.

“We probably have a need for five times as many as we’re building right now,” said Ron Tillery of the Phelps County Development Corporation.

The development group bought the land for the apartments, which helped attract a developer. It is also looking to buy run down homes across the county which will be torn down to make way for new ones. The goal is to revive the housing market.

“It’s kind of like CPR,” Tillery said. “A house is the heartbeat of the community.”

Such efforts are considered necessary because of another common issue: the law of supply and demand isn’t regulating the market.

One reason for that is contractors are concentrated in cities where they can work at a larger scale. For rural areas, that means construction costs more. Cliff Mesner, a developer in central Nebraska, estimates that a three-bedroom home can cost an extra $30,000 because of the added cost of transporting workers and shipping supplies.

“So you end up with more expensive homes than a lot of employees want to go out and buy,” Mesner said. He adds that $15-$17 an hour is a decent wage in rural Nebraska, “but it won’t cover that new construction cost.”

That leaves a gap between what rural housing costs and what workers can afford. Rural communities must decide how much of that gap they can afford to fill, Mesner says, because the rural towns that thrive going forward will be the ones that not only give people a place to work but also a place to call home.