The FBI says health care fraud costs the United States tens of billions of dollars a year, and Nebraska is not immune from this crime.

Randy Reeder was living Doniphan, a small town between Grand Island and Hastings. He was confined to a wheelchair and required a lot of help with everyday needs like getting out of bed, washing and getting dressed. Medicaid paid for home health care workers to assist him. All legal, except for the scheme Reeder developed with three workers, all independent contractors. Over several years, Susan Francis, Danielle Clark and Christina Baker billed Medicaid for more hours than they worked. Reeder aided and advised the workers in falsifying their time sheets. 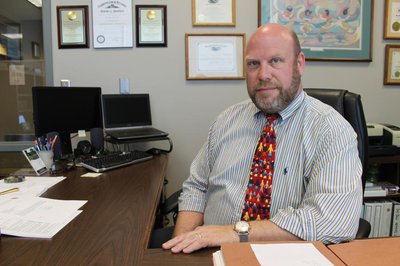 “(It’s) not as bad as in other states, but surprisingly bad enough,” Collins said. “In the 10 years that I’ve been here, we’ve recovered over $70 million in fraud for the state of Nebraska.”

Collins said the $70 million total is somewhat skewed by big cases involving multiple states and pharmaceutical companies. In a typical year his office will recover closer to $1 million from fraud cases. There are plenty of investigations similar to what happened in Doniphan. Collins said billings for services not rendered, like our example, is the main type of case. Another is called upcoding. 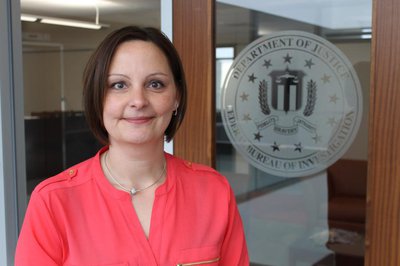 . “The home health agencies, be it nursing services or LPN services and even housekeeping and personal aid services that Medicaid and some federal grant money pays for. We’re seeing kind of an uptake in some fraud there.”

She said they’re also seeing an increase in fraud related to overbilling for hospice services. Sawicki said of any these fraud cases that involve a caregiver coming into a home present challenges for investigators.

“It’s an intimate relationship. It’s a relationship that a lot of the beneficiaries really rely on,” Sawicki said. “Whether they’re getting all of the services that are being billed for or not, they want someone to come to the house. A lot of times, it’s elderly people or disabled people. They don’t have anybody else to help them and so they’re just happy that someone’s coming that they can talk to a couple of times a week. They might not even know what has been, for lack of a better word, prescribed for them in terms of services.”

“These people submit their own bills for the services that they purport to render, so they don’t have that check and balance that’s in the middle, that we would see with most licensed professions,” Collins added.

“A ‘biggy’ that’s going around the country right now is lab tests,” said Susan Rainey-Biler, special investigations supervisor for Blue Cross and Blue Shield of Nebraska, the state’s largest health insurance company. “The doctor will order one test and send it out, and the lab will perform 25 tests and bill for it. The member really doesn’t necessarily know, but then they get the bill for $6,000 for testing and they think something is really out of whack and give us a call. The other big thing is always that a member might share their ID card, give it to their friend to use because their friend no longer has a job and just broke their arm. That’s also a crime and we would look into that.”

Many investigations are launched because the numbers don’t add up. Time sheets submitted for payment may show a care provider in two different places at the same time, for example. There’s a unit at Health and Human Services that looks for irregularities in Nebraska Medicaid claims. Possible cases are forwarded to the attorney general’s office, which opened 121 fraud investigations in the year that ended in March.

“The methods that we have to investigate these crimes are pretty sophisticated as far as the way claims that they submit are analyzed,” Collins said, “and that’s where we find them. Those turn up as blips on the radar, if you will. Those are the ones who warrant a closer look and we do look. Not only do we look, but the folks at the Department of Health and Human Services who are dedicated to this very job look at this kind of stuff every single day.”

Sawicki said there are examples in Nebraska where a patient is harmed by a provider performing unnecessary or unsafe procedures. But most of the time the victim in fraud cases is the entity providing the insurance, a private company or predominantly government programs like Medicare, Medicaid and Tri-Care (for members of the military).

But Collins said everyone is hurt by health care fraud.

“That’s what makes these kind of cases so important is because there’s only so much money that governments can pay out for these services and when you’ve got someone out there who is defrauding the government, by not providing those services to someone, what happens then is not only is that person not getting any service, but the money that’s being paid is money that could have been used to care for another person as well,” Collins said.

COURT DOCUMENTS FROM THE DONIPHAN CASE

Details on how this fraud case unfolded can be found in these Hall County Court transcripts for the four people sentenced:

“The bottom line victim is the member because with the costs of fraud, it’s going to make your insurance premiums go up,” Rainey-Biler said, “and it’s less time that can be spent with your doctor because somebody else is using them for whatever reason. There might be more paperwork because we’re now questioning various things, so you might have to do more paperwork.”

That’s why there are a lot of resources pursuing health care fraud cases in Nebraska. In the Doniphan case, the investigation led to felony charges against three of the people involved and a misdemeanor charge against the other; all four received probation. The caregivers who got paid more than they actually worked were ordered to pay more than $20,000 in restitution.