Gambling, Booze and Chariot Races: The Colorful History of the Nebraska State Fair

As Nebraska continues its 150th birthday celebration this year, another staple of Midwestern life is even older. The Nebraska State Fair, which ends on Monday, has been around since 1859, eight years before the territory actually became a state. It’s fair to say the State Fair has a rich and sometimes colorful history.

He has copies of Nebraska newspapers from the late 19th century on a table in front of him. They’ll help us sort out the early years of the fair, going all the way back to 1859, when Nebraska City hosted the first and only Nebraska Territorial Fair. It lasted three days. 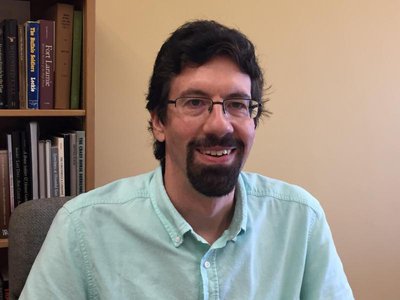 “At the time, Nebraska was just this string of a few small settlements along the Missouri River,” Bristow said. “Of course, we had a considerable native population at that time as well. But the fair, it was started mostly to promote Nebraska agriculture.”

After that first fair, the next one wasn’t held until 1868 in Nebraska City, a year after Nebraska had become a state. The city of Brownville, in southeast Nebraska, hosted the State Fair in 1870 and 1871. After that, between 1872 and 1901, it alternated between Omaha and Lincoln.

That’s when things got interesting.

Gambling and liquor were allowed at the fair until 1879, along with what the newspapers called “indecent shows.” The Aksarben pageant was introduced at the 1895 State Fair in Omaha. 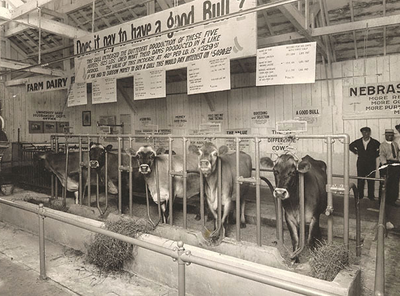 “It kind of became a rivalry between Omaha and Lincoln as to who was going to host the fair,” Bristow said.

That rivalry included this sarcastic commentary in the Lincoln Courier in 1895.

“It has been a rare treat to the people of Omaha. They have gazed at the pumpkins and beets and corn and imagined they were farmers. They have caught the fresh breeze of the plains from the western cowboys. They have set-up counterfeit kings and queens and princesses.”

And there were the chariot races in 1881. The book “Ben Hur” had been released a year earlier, and the races attracted lots of attention at the State Fair. There were detractors though, including editors at the Nebraska State Journal in Lincoln, who thought the state fair should be more about agriculture and less about entertainment. This is what they wrote. 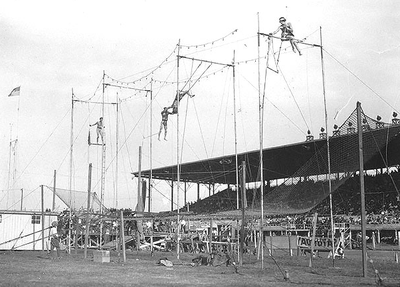 “We observe that the board of managers at the State Fair have retained the chariot race as a feature of the annual exhibition. We are delighted to see it. The intimate relation between the improvement of agriculture and the spectacle of a half-naked woman driving four old plugs at a gallop around the race track is so intimate and vital as to need no comment.”

That rivalry between Omaha and Lincoln, at least as far as the State Fair goes, ended in 1901 when state lawmakers made the Lancaster County Fairgrounds in Lincoln the permanent home of the State Fair. That’s where it was held for more than a century, until 2010, when it moved west to Grand Island.

“I think Grand Island has made a really big deal of it,” Bristow said. “In Lincoln, it was one of many big things, but Grand Island has really been proud of it and they’re proud to be the home of the State Fair.”

That move to Grand Island wasn’t necessarily a sure thing. Organizers weren’t sure pulling up stakes and moving from Lincoln after more than 100 years was the best idea.

“Three-quarters of the population of the state of Nebraska is in eastern Nebraska,” State Fair Executive Director Joseph McDermott said. “For the fair to pick up and move to central Nebraska, even though it’s only 90 miles, it was a concern. We did not know whether our loyal fair-goers would follow us.” 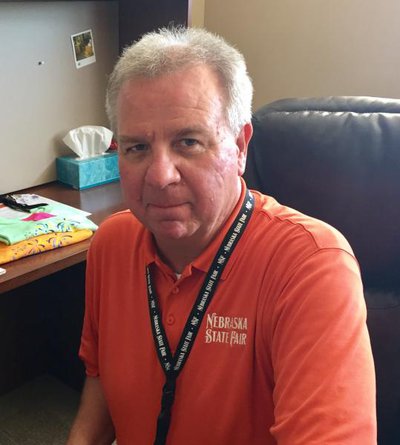 But they did. That first year in Grand Island, the State Fair drew 309,000 visitors. Last year, 361,000 people went to the State Fair and that total could grow again this year. One key? The State Fair has stayed true to its agriculture base.

“Fairs started from an ag base and that’s why most fairs who are successful today, they’ve maintained that ag base and I think out here in Grand Island, were certainly have more agriculture to showcase than we maybe had in Lincoln,” he said.

So what about the return of the chariot races? McDermott smiles.

The Nebraska State Fair has survived a lot over the years, including liquor sales, gambling, “indecent shows,” a bitter rivalry between Lincoln and Omaha and a number of big moves. It’s also played a big part in the state’s history.