From Spirits to Sanitizer: COVID-19 Innovation 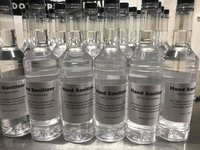 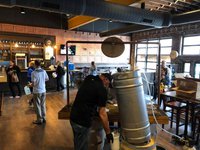 Nebraskans are getting inventive and changing gears to battle COVID-19. That includes businesses that normally make things like vodka and whiskey.

Brickway Brewery and Distillery in Omaha’s Old Marketis making a new product that's so popular people line up for blocks to get it.

Fifty or so customers a week drop by Loup River Distilling in St. Paul to get its new alcohol concoction.

At both distilleries that popular new product is hand sanitizer. 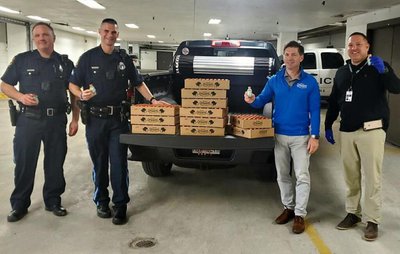 According to this Distilled Spirits Council of the United States list, Brickway, Loup River and LaVista-based Patriarch Distillers are the Nebraska distilleries making hand sanitizer.

Distilleries making hand sanitizer is a good Nebraska innovation story. There are many more. We tell these these stories in our "What If..." project. Check it out HERE.

Made by places usually known for whiskey, gin, vodka and rum. COVID-19 quickly emptied sanitizer supplies from stores, so throughout the country and in Nebraska, some distilleries changed what they do to create this much needed product.

Brickway started making hand sanitizer about a month ago.

“We were doing basically 30 gallons at a time when we first started. Now we're doing about 200 gallons per batch, and we're trying to crank out two batches a day," said Zac Triemert, Brickway’s founder and master distiller.

It’s the same equipment and a similar process Triemert uses to make vodka. For hand sanitizer he starts with a high, 190 proof spirit. Some of this they bring in, some they make from scratch. “Then we take that, we blend it with hydrogen peroxide, aloe vera, then add a little water to bring it down to 70 percent alcohol, and mix it real well," Triemert said. "Then we bottle it up.”

“Being able to start at the small scale, we learned how it worked, how the aloe vera acted with the alcohol," he added. "It allowed us to ramp up fairly quickly. But we definitely did a walk before we ran.”

“It's the same process of making our alcohol. Except I'm using 100 percent corn, which I do for some of my products anyway,' said Loup River owner and distiller Eric Montemagni.

"We have to go through fermentation process, it takes a week, and then we distill it. So instead of proofing it down for drinking, we just keep it at a high proof.”

"It really wasn't that hard," he added. "We have all the tools necessary. I did get out one of my old bottling machines, that bottle filler, that I don't use anymore, because I was not going to cross-contaminate my beverage line."

City officials helped him find a company to supply him with some of the ingredients. Finding bottles was Montemagni’s biggest issue. He ended up using his supply of 750 milliliter liquor bottles, selling these to walk-in customers, and places like retirement homes, for $25 each.

“Just kind of recover our costs and keep my employees employed, and cover our overhead, that's what we're doing," Montemagni said.

This is important because COVID-19 is really hurting businesses like this. People can’t come in for a drink or event, and sales to bars and restaurants have taken a hit.

"Sales are off about 80 percent right now in the last two weeks because of this," Montemagni said. "And we saw a need for the community.”

“We're probably bringing in less than half the revenue we would typically bring in, which is tough," Triemert said.

Brickway gives away its sanitizer, in the beginning to health care workers and first responders. Now to anyone stopping by to pick up a bottle or fill their own container from a tap. They ask for donations, and the effort is also supported by a long list of donors, including from a GoFundMe campaign.

“It's been rewarding to do. and there was one other great bonus to doing it," Triemert said. "When we first closed the tap room, I had to lay off nine of our servers and bartenders, and that just hurt my heart, because these people, we're all a family here. When we started doing hand sanitizer, we were able to bring back five of those nine people and keep them employed and keep money rolling into their pockets.”

In rural St. Paul, and downtown Omaha, these are similar efforts with similar goals. Community service and business survival.

“Correct. It's a survival thing, you got it," Montemagni said.

"When this is over, believe me, I'm not in the business to make hand sanitizer, I like making whiskey," he added, laughing.

Weird innovation during a strange time.