Towns throughout Nebraska have had a difficult year due to flooding and other extreme weather. Many families lost their homes and belongings. This holiday season, non-profit groups and neighbors are doing their best to make sure even families who lost everything can have a little bit of joy this season.

Amanda Westergaard is a real estate agent in Fremont, Nebraska. At least, that’s her normal job. This holiday season, her office was filled with donated Christmas decorations.

“This all happened because the Hooper American Legion Auxiliary decided to gift me the remainder of their Christmas sale items that they do as a fundraiser and entrusted me to then figure out how to get it to the flood victims,” Westergaard said. 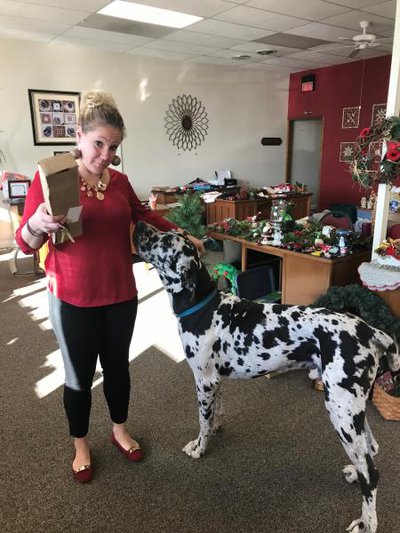 When floodwaters came into Fremont, they flooded basements, ruining belongings, including holiday decorations being stored there.

“It’s nice that some of the things that we have are older because there have been people that came through and found items that they actually had themselves," Westergaard said. "It’s been very emotional for a lot of people. It brings back the memories of the things that they had, and how hard it was. It’s like they’re reliving losing their own items again.”

For those whose homes were damaged by flooding, the donated Christmas decorations provide a welcome bit of holiday spirit.

Beverly Hoover suffered two disasters this year. First, her home was damaged by flooding, and then later in the year, she lost everything in a house fire. She came to Westergaard’s office to find what she calls a “little bit of Christmas.”

“Well I’ve already got a little bit of Christmas because I got out safe and so did my dog," Hoover said. "So that was a blessing.”

Usually, Hoover would spend the holidays with her family at their home and this year she’d been planning a gathering for her children and grandchildren at her house. The fire means that’s canceled. She said she doesn’t know how to feel about the holidays now.

“Truthfully now I don’t know. I mean, I’m not looking forward to Christmas like I normally would be because of everything that’s happened, but I’m all for the kids," Hoover said. "It’s about kids anyway."

Hoover is also thinking about the future beyond Christmas and into the new year. She doesn’t know what’s next for her or for Fremont.

Experts say there is a chance of another flood. River levels remain high and soils are saturated. Add on odds for greater than usual precipitation and the forecast looks grim.

That means that those working on flood recovery also have to think about the reality of another disaster.

Hollie Tapley is the disaster response coordinator for the Great Plains Conference of the United Methodist Church. She said as her group helps people restore their homes to a livable state, they encourage certain choices, like sheets of foam insulation, that will hold up better in a flood situation.

Tapley said in areas where water only recently went down, flood response is still in the initial clean-up stage. That makes the holiday season bittersweet for some people.

“Some will tell you that for them Christmas means getting back into their home," Tapley said. "For others, it means that there is no more mold growing and maybe there is the blank drywall up but that’s okay. They can get back into their home and continue to move forward and to take that break."

Tapley encourages families, if they can, to try and use the holiday season as a time to take their minds off flooding. 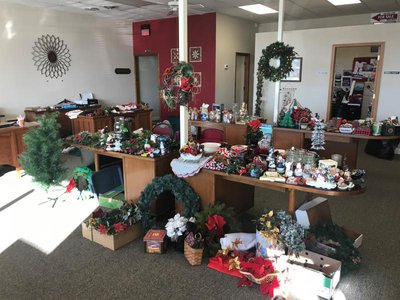 The holiday season also coincides with cold weather and the pressure to spend money on gifts.

Christy Fiala is the executive director of the Fremont Area United Way. She said the things flood survivors need are incredibly varied, from vacuum cleaners to particular sizes of winter clothes.

“You can never have all the items that one family is going to need on hand," Fiala said. "So what we’ve done is having gift cards is what’s best. We also find that it’s empowering for a family who says I want to get my son this particular item that he really wants, he likes a coat in this particular color. By having that gift card, a family can get the item that they need or that their child wants for the holidays.”

Also in Fremont, Lutheran Family Services has paired people who want to donate funds with families in need through an “adopt a family” program.

Michelle Padilla of Lutheran Family Services said hope is growing in Fremont since the flood, but the holidays add another layer of difficulty.

“When you take that minute and think, 'OK, holidays are coming, my kids, and they’ve already been through this trauma, and struggling in general. Wow, what are we going to do now? How are we going to meet this need?'”

Padilla and Fiala said they’ve seen many programs or events pop up around town to help flood victims as the holidays approach. While the season can come with stress, it’s also brought out a spirit of giving in the community.