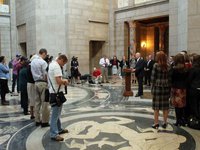 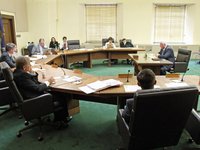 Law enforcement, lawmakers and social service agencies are studying human trafficking in Nebraska, and launching new initiatives to fight the crime and help the victims.

“(A) 12-year-old girl that we located in Grand Island was averaging six to 10 commercial sex acts per day,” was one of the anecdotes Jamie Manzer shared for Nebraska lawmakers at a Judiciary Committee interim hearing last week. Manzer is executive director of the SASA Crisis Center in Hastings, where her work includes helping area sex trafficking victims. 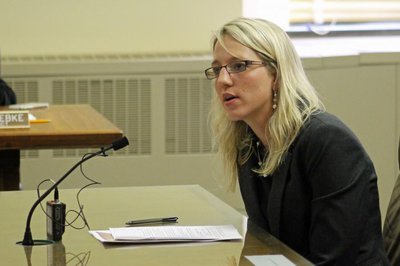 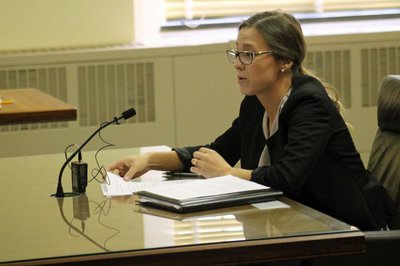 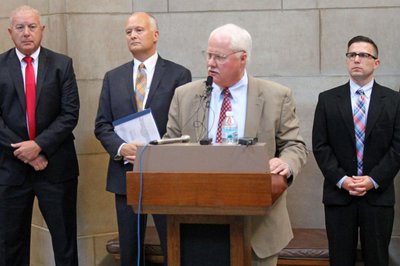 Manzer said the victims she works with, often young girls, tell her about “the use of force, the gang rapes, the isolation. The way they were shipped around the state and the country from event to event.”

Young girls reportedly sold for sex at events like the State Fair in Grand Island and College World Series in Omaha, in the 11 cases Manzer has worked with this year alone. The reason for this interim hearing was to examine the services that are available to help these victims of human trafficking; or as was emphasized by most testifying, services that aren’t available.

“What we're seeing is that we are identifying it,” Manzer told the committee. “But without a coordinated response throughout the state that includes law enforcement, that includes services providers, especially in our rural communities, we are not able to effectively respond. Even if we identify it, and that's really troublesome because a good portion of our victims were turned back to prostitution and to their pimps or to their bad relationship where they're pimping them out, simply because we have nothing better to offer them.”

“Victims have extremely limited avenues to access the services they need,” Meghan Malik, trafficking response coordinator for the Women’s Fund of Omaha, testified. Her organization led a survey of almost 700 Nebraskans statewide working in fields like social services, law enforcement, education and government.

“The survey revealed that while the majority of respondents believe trafficking is a problem in their community, 76 percent do not provide services for survivors,” Malik said. “And most have no plans to provide those services. Currently a majority of service providers are underequipped to respond to victims of trafficking, and do not have the tools they need to identify victims.”

Just how many victims has been difficult to determine. Crysta Price, co-director of Creighton University’s Human Trafficking Initiative, shared early results from her research on the scope of trafficking in Nebraska. This includes an examination of postings on BackPage.com, a web site frequented by sellers and buyers in the commercial sex trade world.

“There are five Nebraska cities that have their own escort section on BackPage; Omaha, Lincoln, Grand Island, North Platte and Scottsbluff,” Price said at the hearing. “This summer there were on average 45 females advertised in the state on any given day.”

Price said there’s also strong evidence that many of those being advertised and sold for sex in Nebraska are minors.

A few days before the Legislative hearing, Nebraska Attorney General Doug Peterson held a news conference in the rotunda of the state capitol to formally launch the Nebraska Human Trafficking Task Force and discuss the group’s plan for fighting the crime and helping its victims.

“We should be going after the trafficker and the consumer,” Peterson said. “That's why we're trying to change this whole paradigm. That's why we're trying to get a public awareness out there that people understand these are victims that are being used and manipulated in significant ways to feed a very profitable organized crime industry. So we have to change the way people perceive this and understand that these women, these young girls are being treated as slaves to support a business model.”

The task force is a large coalition of Nebraskans working in government, law enforcement, social services and other areas, connected in different ways by work on the issue of human trafficking. They’re aided by a $1.5 million grant from the U.S. Department of Justice.

“The three keynotes of this plan are to help victims and survivors, to stop human traffickers, and to reduce the human trafficking market,” Stephen O’Meara, the attorney general’s human trafficking coordinator, said at the news conference. “We propose doing this by building, balancing and blending. That is to use many systems that exist in Nebraska currently, but to orient them specifically toward human trafficking.”

O’Meara calls their plan a “best beginning point,” put together quickly so the task force can get to work. He says there are challenges creating new connections between law enforcement and those working in social services. “To the extent that we can balance, for example protecting victim's rights, with serving the community and preventing potential future victims, I think that there is an earnest concern across the board to find ways to do this together,” O’Meara said.

For Jamie Manzer, the sooner all of the discussion, research and plans can start having an impact, the better.

“We must transform our reputation for being a destination state full of economic opportunity and market potential for pimps and johns, and provide survivors of this terrible crime with an opportunity to truly live the Nebraska motto, ‘The Good Life,’” Manzer said.