A federal judge has refused to stop an execution in Nebraska, despite claims by a drug manufacturer its product was obtained improperly.

U.S. District Judge Richard Kopf Friday afternoon refused to temporarily block the state from carrying out the execution of Carey Dean Moore, who was convicted of killing two Omaha cab drivers in 1979. Moore is one of the nation's longest-serving death row inmates. 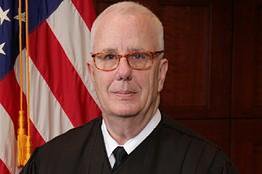 "I will not allow the plaintff to frustrate the wishes of Carry Dean Moore," Koft said during the hearing.

An attorney for Fresenius Kabi, a German pharmaceutical company with a subsidiary in the U.S., says it will file an immediate appeal of the decision.

Fresenius went to court late Tuesday asking the court to impound drugs manufactured by the company in the possession of the prison system. The state’s execution protocol specifies four drugs to be used in sequence, two of which are manufactured by Fresenius.

The company claimed it will suffer financial losses, harm to its reputation, and possible consequences from European Union regulators, which restricts making drugs available for capital punishment.

In its request for a temporary injunction, Fresenius asked the federal court judge to prevent the use of the drugs in Moore’s execution. In the short term, they asked for the government to “impound” the drugs in the possession of the state “until such time the merits of this dispute are finally resolved.”

Moore is not part of this lawsuit. In interviews and in not taking on any additional appeals, he made clear his wish is for the execution to proceed. (Read more about the arrest and trial of Carey Dean Moore. CLICK HERE)

The state of Nebraska claimed transactions were above board and “the substances at issue here were obtained from a licensed pharmacy in the United States and were not obtained by any fraud, deceit or misrepresentation” according to briefs filed in response to the Fresenius suit.

The state’s brief called the company’s claim it would suffer harm to its sales and reputation “speculative.”

A number of drug companies have become increasingly adamant about attempting to block the use of their products for lethal injection executions.

A brief filed in support of allowing Nebraska to use the drugs was submitted by 14 states employing lethal injection. The document claims the lawsuit is part of a “nationwide campaign being waged by anti-death penalty activists to deny States access to drugs necessary to carry out lawful executions.” It goes on to list several recent examples, most unsuccessful, of companies asking their drugs not be used for the purpose of ending human life.

Editor's Note: The Associated Press contributed to this story.