One of Unadilla Bill's fans at the 2020 Groundhog Celebration. (Archive photo)
A boy was asked to do his Unadilla Bill impersonation for the cameras. 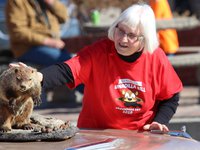 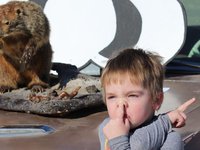 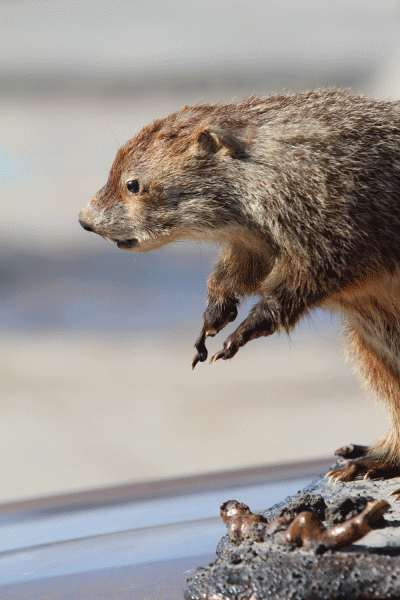 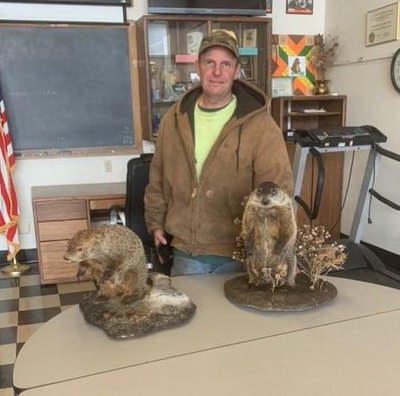 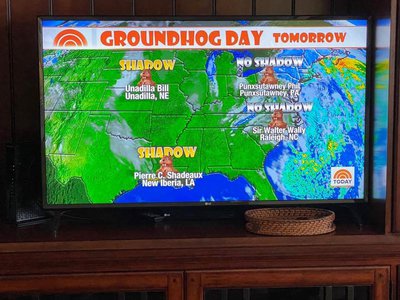 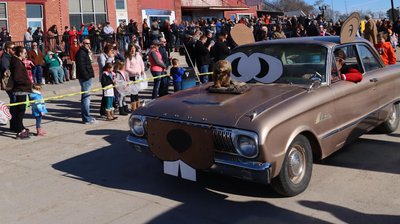 The announcement came on the

where he's predicted the arrival of spring since 1988.

"He just worked himself to a frazzle, so we're going to retire him," according to Groundhog Day committee member Bob Brandt.

Arguably, second in fame only to Punxsutawney Phil from Pennsylvania, Unadilla Bill earned celebrity status among those making shadow-based forecasts.

On Monday, Bill was one of the four groundhogs referenced during the NBC Today show in advance of Groundhog Day. He is routinely featured nationally in forecast round-ups on the February holiday.

Bill is unique among the forecasters, being the only prognosticator who is the product of taxidermy. The stuffed mammal's poised-for-action upright stance sits on a wooden base. It is the work of local taxidermist Duane Hansen.

Thirty years of petting, handling, and posing for photos took its toll on Bill's fur and extremities. Also demanding was the ritual ride strapped to the hood of a 1962 Ford Fairlane leading the annual parade in all types of weather.

Asked in a Facebook comment why the town's mascot had to retire, the page administrator replied, "parts of him keep falling off."

"He's lost a couple of fingers," Brandt said. "He just kinda looks like an old cowboy."

Grateful for Bill's service, Brandt says the village will provide their mascot with "his own little trophy case in the Duncan Building or the bar."

There is a successor standing by.

Asked if Billie may be America's first female rodent weather forecaster, Brandt offered, "she'll be the first one in Unadilla."

Taking appropriate pandemic precautions, he added, "We got her all masked up, so she doesn't catch anything before the big day."

Because of community safety concerns, Unadilla will not host its annual groundhog festival and parade for the first time in 30 years. Among the canceled events is the Groundhog King and Queen's crowning, a significant fundraiser for the town.

Video of Bob and Billie's prediction will be posted on the celebration's Facebook page.

Editor's Note: Due to a writer's error, an earlier version of this story placed Unadilla in southwest Nebraska. It is located in southeast Nebraska.