After four months on a ventilator, a cattle-rancher from Endicott in Southern Jefferson County can finally breathe again with a new pair of lungs after doctors at the University of Nebraska Medical Center performed the state’s first COVID double lung transplant last month.

Jake Immink has been in the hospital since November. The 31-year-old from southeast Nebraska ignored his symptoms last October and kept working on his family’s farm until his mother checked his blood oxygen levels. They were low.

Immink said he checked into Bryan Medical Center in Lincoln on November 3, and a doctor looked at his CT scan.

"And said 'these are the worst lungs I've seen," he said. "That scared me a lot knowing that how many CT scans they've seen, so that night was hard. That night was real hard."

The cattle rancher spent several months on a ventilator. By January, Immink’s doctor did not think he could get better unless he had a lung transplant.

Nebraska Medicine Transplant Pulmonologist Dr. Heather Strah said Immink needed to lose weight and be in better physical condition before he could qualify for the transplant. 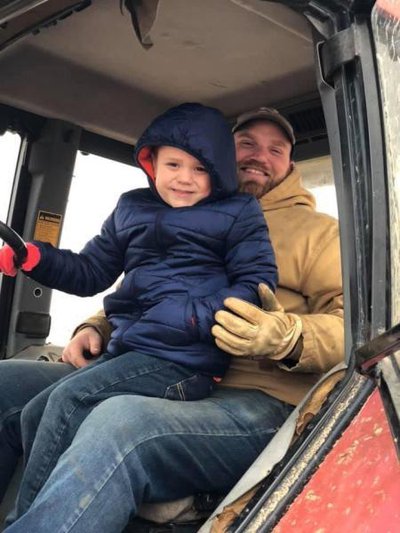 "He was walking with six to eight people around him at all times while on the ventilator on 100% oxygen with low oxygen saturations, because he was not willing to give up, and ultimately he was listed, and then transplanted earlier last month," she said.

Immink said he is lucky to be alive.

Doctors said if the transplant hadn’t happened, Immink would be in a nursing home on a ventilator, with only months or a year to live. Almost every member of Immink’s family were also sick with COVID-19. Immink’s case was the worst.

He warns Nebraskans to take the virus and pandemic seriously.

Immink thanks the lung donor and their family for giving him the gift of life. Dr. Strah expects him to be back herding cattle this summer.

The Immink family is collecting donations through GoFundMe for his medical bills and to keep the ranch afloat.