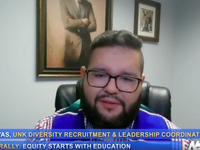 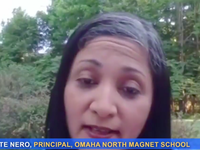 Education leaders from across the state discussed racism and lack of diversity in public and private education during a virtual rally Tuesday night.

The Nebraska State Education Association sponsored the rally, titled “Equity Starts with Education.” Representatives from public, private, K-12, and higher education talked about how their institutions are committed to recognizing systemic racism and making changes.

Luis Olivias is a recipient of the Deferred Action for Childhood Arrivals program, or DACA. He’s on the NSEA board and is a diversity, recruitment and leadership coordinator at the University of Nebraska at Kearney.

"It’s my job to ensure that in every single level of education, and in every single community across the state of Nebraska, there is an educator that looks like the classes in the communities they’re teaching."

Collette Nero is principal at Omaha North Magnet School. She says punishment has no place in schools, but minority students are often disciplined for behavior deemed disrespectful.

"Things that aren’t traditionally seen as strengths, like resiliency, a sense of injustice, outspoken nature to be able to speak when they feel disrespected," Nero said. "A lot of times in the traditional education environment we don’t appreciate those qualities. We want them to sit down and learn."

Multiple studies have shown that minority studies are disproportionately affected by school discipline.

Nebraska Commissioner of Education Matt Blomstedt sent a letter to all superintendents earlier this month.

"The conversation about racial inequities must occur everywhere to prepare our students in every corner of the state to better face the challenges of our nation," the letter said. "I encourage all Nebraskans to reflect and develop a critical consciousness and sense of responsibility for action for this generation of students and the generations that follow."

In the letter, Blomstedt lists six goals for the Department of Education to work on, including addressing racial parity and promoting active anti-racist teaching.