Drought is re-shaping the beef map and raising the price of steak. Ranchers are moving herds from California to Colorado and from Texas to Nebraska seeking refuge from dry weather. And cattle producers in the Midwest are making the most of it.

This year, for the first time, Nebraska passed Texas as the top cattle feeding state in the country. That is, Nebraska houses the most cattle in feedlots, which are generally the final step before they head to the slaughterhouse. It’s a turnaround brought on by a long-term decline in cattle numbers and an ongoing drought that has devastated the southern Plains. That has caused the cattle industry to look north.

Terry Van Housen calls Nebraska the “garden spot for raising cattle.” At his feedlot near the small town of Stromsburg, 8,000 animals lined up along two miles of concrete bunks to pile on the pounds. The calves started on pastures scattered throughout the region but came to Van Housen’s feed yard for their last stop before heading for the slaughterhouse. 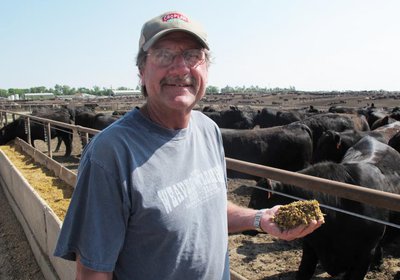 Terry Van Housen takes a handful of feed from the bunk at his feedlot. Lower feed costs give Nebraska an advantage in the cattle feeding industry. (Photo by Grant Gerlock, NET News/Harvest Public Media) 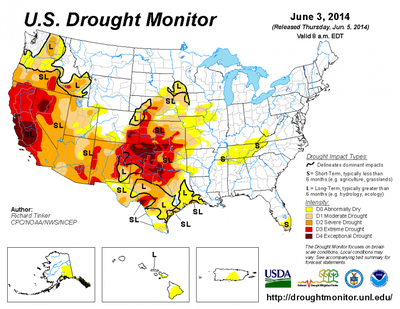 If Nebraska’s “cattle motels” have fewer vacancies these days, it is largely because ranchers in the southern Plains have emptied out parched pastures waiting for a rainy day.

“Western Oklahoma -- the panhandle, the panhandle of Texas and in fact much of west Texas and much of western New Mexico are still in extremely severe drought,” Peel said. “There’s been very little relief really since the fall of 2010.”

As a result, herds are shrinking. In Texas, feedlots, and even a Cargill packing plant, have closed because of the drought’s impact on cattle numbers. Texas, the country’s No. 1 beef state, lost 24 percent of its total beef herd from 2010-2014. Oklahoma saw a 13 percent cut. Missouri, which housed about 6 percent of the nation’s beef cattle at the start of the drought, lost roughly 8 percent of its herd.

In fact, national herd numbers are the smallest they’ve been since the 1950s and that’s important if you ever buy steaks or hamburger to throw on the grill. Low cattle numbers are a big reason meat prices are so high.

“The drought the last three years has been the last straw, if you will, of a long series of events,” Peel said. “The U.S. beef cow herd has been downsizing for 16 of the last 18 years.”

But the bottom dropped out when drought hit Texas in 2011. Since then, the U.S. cattle herd has shrunk by 1.8 million head, or 6 percent. The losses are concentrated in Texas, Oklahoma and New Mexico. 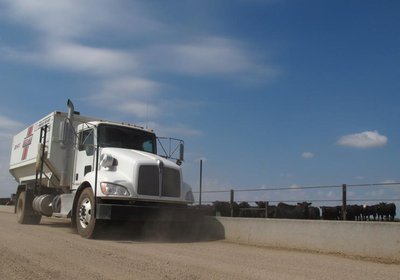 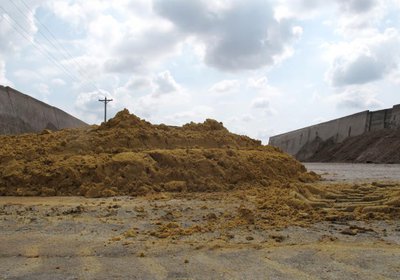 Wet distillers grains are an ethanol by-product. It is usually cheaper than corn, keeping feed costs down in the Midwest compared to Texas. (Photo by Grant Gerlock, NET News/Harvest Public Media)

Meanwhile, northern states like Montana, Nebraska, Iowa and the Dakotas have seen their herds grow, even though many pastures have been

plowed up to raise corn

. Montana, Nebraska and South Dakota currently house about 5-6% of the nation’s cattle, but held steady, while drought-stricken southern states lost portions of their herd.

Peel says it’s all part of a larger structural change in the beef industry.

“It favors cattle feeding in the Midwest and less so in the southern Plains,” Peel said. “It also favors less cow-calf production in the Midwest and moving the cow herd proportionately back to the central Plains and the western part of the U.S.”

Even after the grass is green again in Texas, Peel says Nebraska is likely to hold onto the cattle feeding crown it gained this year. More cattle will keep going north for supper and cattle feeder Terry Van Housen says the reason is no secret: it’s distillers grains that give Midwestern feeders an edge.

Distillers grains are the leftovers of corn ethanol production. Ethanol plants consume huge amounts of corn, but they also put out tons of distillers grains as byproduct, which can be used as an ingredient in inexpensive cattle feed. Van Housen gets the moist, yellow, sweet-smelling stuff fresh from an ethanol plant just 18 miles away.

“So that’s a big deal,” Van Housen says. “A lot of this stuff, if you fed in Texas, it would have to come from here.”

Since 2010, cattle producers all over the country have been dealing with drought. Many have moved or sold their herds to areas with more water and cheaper feed. (Map by Jeremy Bernfeld, Harvest Public Media)