We may be dealing with different levels of COVID-19 throughout 2020. That's according to Dr. Ali Khan, dean of the University of Nebraska Medical Center College of Public Health.

Khan says Nebraska and the United States is just now entering the peak of our COVID-19 epidemic. 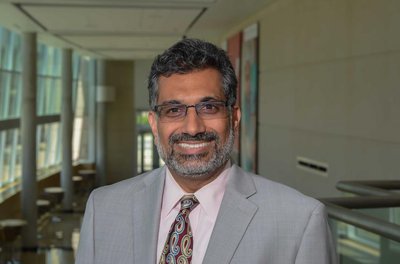 "I like to remind people that although we're in a global pandemic, every country is in a different phase of their own epidemic, and even within the United States there's multiple different epidemics in different regions of the United States," Khan says, in an interview provided by UNMC. "In the U.S., we are actually only going into the peak of our epidemic. Back in March 3, I believe, we only had 103 cases or so. We are slowly increasing with projections that we will reach our peak somewhere towards the end of April, mid-May, and then start falling off into June and July.

Khan says a smaller, secondary peak is possible this fall.

"We're likely to see a secondary peak come back in the fall, based on the experience we're already seeing in China," Khan says. "Obviously the first cases happened there and the first epidemic happened there, and even though they were very successful in tamping down on their epidemic, they still continue to see some cases now. Also, we know that nobody in the community has immunity against this disease and currently, if you look even here in the United States, only about 0.1 percent of the population has been exposed. That still leaves 99.9 percent of the population that has not been exposed to this virus and potentially at risk for disease if the virus persists in our communities."

Khan's advice? Wash your hands, don't touch your face and if you absolutely have to go out, wear a mask. "I say that for two reasons. The first is we know that most diseases spread by droplet transmission from people who are infected and will have symptoms. However, they start transmitting disease before they even know that they have symptoms. They are healthy, so they would be out and about. If they're wearing a mask, they're less likely to transmit disease to other people. Then there's also the risk, obviously, that since this is a droplet-born disease, that you can protect yourself from droplets."