Nebraska will elect the first new attorney general in 12 years. The two candidates vying for the office say recent revelations about criminal sentencing and mental health treatment for violent offenders completely changed the focus of the campaign.

Lincoln-based attorney Doug Peterson, the Republican candidate, and Democrat Janet Stewart, a lawyer living in Fremont, both acknowledge the headlines of the past two months have redirected the focus of the voters and with it the focus of their campaigns.

The pair is in competition to replace outgoing Attorney General Jon Bruning who chose not to seek another term in favor of running an unsuccessful campaign for governor. 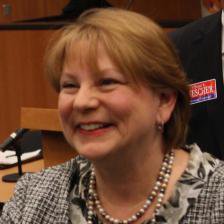 Bachelor of Arts/Economics
University of Nebraska at Omaha

Master of Social Work
University of Nebraska at Omaha 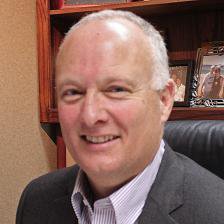 No prior office sought or held

While the race has been overshadowed by the U.S. Senate and governor’s race, a series of explosive stories in the Omaha World-Herald brightened the spotlight on the responsibilities of the state’s chief law enforcement officer.

In June, the newspaper’s investigation revealed dozens of Nebraska inmates had been released from prison prematurely. Later it was revealed corrections officials released inmate Nikko Jenkins from prison despite conflicting reports about his mental stability. Days later, he allegedly killed four people.

While the current staff of the Nebraska attorney general were not directly responsible for the controversies, the person elected to that office in November has the opportunity to play a key role in reshaping law and policy in the months to come.

Both candidates say they are eager and claim to have unique qualifications to take on that responsibility.

Stewart called the matter a “debacle” and said it is “huge as far as public safety and criminal sentencing are concerned.”

Peterson argues the role of the attorney general in finding solutions “is significant,” adding the office should be “very involved” in taking responsibility for how sentencing of criminals is carried out in Nebraska.

Peterson’s law practice deals primarily with business clients and family law. He points to his experience in the county attorney’s office in North Platte and service as a deputy in the office of the attorney general in the 1980s. The breakdown discovered in the handling of prisoners by Corrections underscores the need for an attorney general who will monitor the state’s administrative role in the criminal justice system.

Peterson wants to expand that responsibility. The lawyers in the office of the attorney general are the only people representing the state of Nebraska in court, but each state agency has its own lawyers on the payroll to advise department heads about state and federal law.

The staff lawyers at Corrections apparently failed to advise their bosses on changes in sentencing ordered by the Nebraska Supreme Court. That lead to a court order being ignored, a failure to change the formula for correctly figuring the release date for prisoners, and the early, unwarranted release of dozens of convicted felons.

Peterson says additional oversight would have helped and one way to accomplish that would be to put the Department of Correction’s lawyers under the supervision of the attorney general.

Peterson argues the change would be helpful because “there is such an interplay relationship between what is going on in Corrections and what the chief law enforcement officer is trying to accomplish out in the counties with prosecutions, convictions and sentencing.”

The legal team in the attorney general’s office is hired directly by the elected official, does not have civil service protection and can be removed from their jobs at the discretion of the boss.

“With that comes the status that you are employed at will of the attorney general.

"Well it does need to be reevaluated,” Peterson said.

Janet Stewart, the Democrat’s candidate, does not believe there should be an immediate move of the legal staff out of Corrections and into the attorney general’s office.

“I would say no. That may not be necessary,” Stewart said. She qualified the answer adding, “It certainly would be helpful.”

Stewart believes her past experience supervising a large legal team at Mutual of Omaha puts her in a good position to monitor the work of lawyers spread across departments at the state Capitol. “It is very similar to the situation I found myself in corporate practice,” Stewart said.

“There were attorneys that worked for business departments. But it was very clear that the legal advisement only came from the general counsel’s office and that’s how it should work in the state of Nebraska.”

In Stewart’s view staff counsel at individual state agencies should be expected to communicate routinely and honestly with the legal team in the attorney general’s office.

“I guess that was the problem,” Stewart said. “I think what happened is information was being sent from the attorney general over to Corrections and they weren’t acting upon it.”

If she is elected to the office Stewart claims she will make clear her staff has the obligation to push legal counsel at executive branch agencies to follow through on court orders and to communicate to the attorney general when issues expose the state to litigation.

“They should be aware that you have their back,” Stewart said. She wants the state’s lawyers to make other agencies aware “that they do not take no for an answer and if somebody is not returning their calls, they are not listening to the advice they’ve given to the agency, they just need to bring that to the attention of their management so they can address that directly.”

Republican candidate Peterson shares the belief that higher expectations of professional performance could have made a difference in the Corrections' sentencing mess.

Peterson said the lesson from this “learning experience” would be in the message he sends to his assistant attorneys general. He says he would tell them, “‘Hey, we’ve got to make sure there is follow through there. Let’s not assume. Let’s make sure we see quantifiable information things have changed and they are complying with what the court has said in their opinion.’”

Both candidates share concerns about the depth of mental health services available to violent offenders in Nebraska. The case of accused murderer Nikko Jenkins in Omaha was especially alarming, they agree. Emails made public in newspaper reports indicate Department of Corrections' psychologists disagreed about whether Jenkins mental state would be a risk to the community. Over the objections of some on staff, Corrections set him free. Jenkins has been accused of murdering four people after his release from prison.

“It did appear they were not listening,” Stewart said, adding the case is a sign of a larger problem.

“You had Nikko Jenkins released into the community with untreated mental illness and then he went out into the community and killed several people. You know that can’t happen,” Stewart said. “They had been given opinions from professionals that this person needed mental health treatment and they were making decisions not to accept those opinions. That makes no sense whatsoever.”

Another aspect of the Jenkins' case troubled Peterson. In advance of the murder trial there was confusion within Corrections about where to confine Jenkins while he received tests on his mental competency to stand trial.

Peterson says the case was “a good example,” for highlighting the attorney general’s need for better information about “the security, or lack of security” at Corrections' facilities housing potentially mentally-ill defendants.

“There could have been better communication about setting up a plan,” Peterson said.

He added there may be a need for significant changes in the methods Nebraska employs to evaluate the mental stability of violent offenders before a trial and the convicted once they are in prison. Peterson said “currently the system is not well prepared” to address those types of cases.

Asked for specifics, he declined, saying he would prefer to spend more time investigating the current system.

“I want to be careful as a candidate to avoid throwing out simplistic solutions that tickle ears,” Peterson said.

With the November election looming, Peterson and Stewart both said any specifics on needed legislation and policy changes would hinge on the priorities of the new governor and incoming members of the state Legislature.