With the holiday season in full swing, holiday spending is too. Shoppers will visit local Nebraska stores, as well as chains and online retailers. Where people shop can impact their communities.

First National Bank of Omaha released results of a survey recently that looked at how and where Nebraskans spend their money around the holidays. According to the survey results, 71% of people prioritize shopping where they find the lowest prices, 55% say they prefer to support businesses with a charity component, 61% of people prefer to shop locally.

Kendall Kloster is the store manager for Made in Omaha. The store sells all kinds of art and household items produced by local makers. She says people are excited to shop locally. 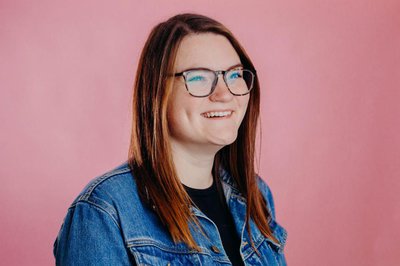 Since the store opened in October, Kloster has been surprised at the wide age range of people that come to the store.

“Honestly, I don't know if it's because of our location in Countryside Village, which is more of a historic neighborhood, or what the deal is, but I think that we've seen a really broad range of ages, so we've got anyone from the high schoolers over at Westside that bop in after school, to older ladies who have lived in this neighborhood for twenty-some years now,” Kloster said.

Kloster also had to hire staff before the store opened. She was able to find two employees who fit the mission of the store and had all the skills needed to do the job.

That may not be the case for all employers, according to the Business and Consumer Confidence Survey.

Eric Thompson is head of the Bureau for Business Research at the University of Nebraska-Lincoln, which conducted the survey. He says the labor market is favorable for workers.

“In the business survey the top issue among businesses was their ability to find workers. That was even a bigger issue than, you know, demand from their customers. So that suggests to me that there's a strong demand in the business sector, and a good environment for Nebraska workers who are thinking of entering the labor force or even looking at changing jobs," Thompson said. 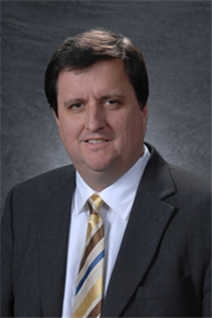 The consumer side of the survey shows relatively few people who have been laid off or who are worried about being laid off in the next six months. However, Thompson says wages aren’t growing as fast as other parts of the economy.

“So there's been some improvement in that recently, although by historical standards, the wage growth is still a little muted. You know, normally during an economic recovery we have stronger wage growth than this. But it's been pretty good lately, and I think that's one of the things that's contributed to consumers being more positive, and then paychecks have also grown because we had a tax cut this year,” Thompson said.

There isn’t one clear answer as to why wages aren’t rising with unemployment at 2.8% in October. The Business and Consumer Confidence Survey doesn’t look at that, but Thompson has a theory based on his other research.

“Part of the reason wage growth has been slow is because during the Great Recession we didn't just have a recession, I think we had some changes in the economy. We had some sectors that shrunk, we had new occupations emerging for, some high-skill occupations growing rapidly, and so there's been a little bit of a skill mismatch that's restrained wage growth,” Thompson said.

Despite that, consumer confidence is high, and Thompson says that’s a good sign, especially this time of year.

“It creates a good background for the Christmas season. Obviously if consumers are more confident, that creates a positive background for holiday shopping. And I've seen estimates in the business news of this as well, that there should be a, a fairly solid expansion of consumer spending this holiday. Our results for Nebraska consumer confidence suggest that that could be true here as well,” Thompson said.

Increased consumer spending can come in multiple forms, though. In the past several years, more and more people do some or all of their holiday shopping online.

This summer, the United States Supreme Court ruled that states may collect sales tax on online sales. In the past, states could only require sales tax from retailers physically located in their state. The Supreme Court decision in South Dakota v. Wayfair changed that.

Tony Fulton is Tax Commissioner for the Nebraska Department of Revenue. He explains that the new rules only apply to businesses that make at least a hundred thousand dollars in sales or perform at least two hundred transactions.

“That's a question I have received from, from people previously: ‘Well what are you gonna do about individuals who are only selling, you know, three or four items every once in a while on eBay, and they're selling them to Nebraskans, how're you gonna go after those people?’ Well we're not,” Fulton said. 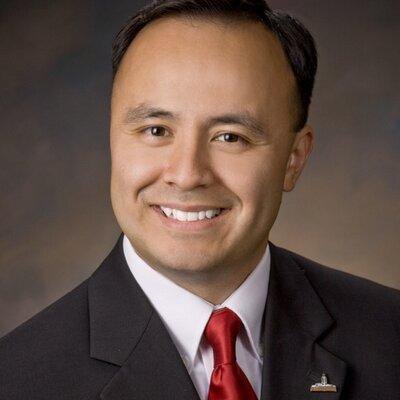 The new rules will help generate additional tax dollars for the state. The Department of Revenue estimates the number to be between 30 and 40 million dollars.

Sales tax online will bring web stores into line with brick and mortar retailers. However, Fulton thinks changes to shopping habits may be here to stay.

“While policy has the ability to affect behavior and the culture at large, usually it doesn't work that way. Usually it's the other way around. And so I think behaviors have probably already changed, but will this, will the Wayfair decision have an impact on people's behaviors? A question that is beyond me,” Fulton said.

It’s a question that may take quite some time to answer. Internet sales tax rules go into effect on January 1st of 2019.

Rep. Fortenberry: Stimulus Package Is "Massive, Unprecedented, Necessary"
Advocate on Expressway Expansion: 'We Could Do Better' Listening to Rural Voices
Nebraska Farm Bureau Eager for 'Right to Repair' Agreement in 2020