Nebraska’s primary election will take place on Tuesday. Three women will be on the District 2 democratic ballot come Tuesday.

Harrison listed the three biggest issues for her campaign as healthcare, taxes, and a combination of jobs and the environment. She has a personal connection to many of the issues she speaks about. She doesn’t have health insurance and says many of her employees don’t either. 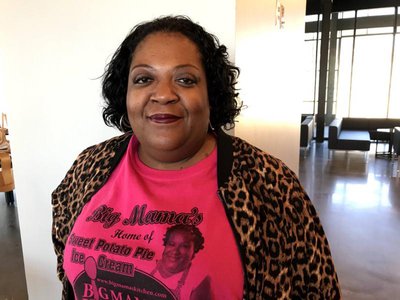 “So we need to have an option in this country of healthcare for people who can’t afford it, you know, or don’t have it," Harrison said. "And I’m not saying rip away insurance that people already have, cause there’s a lot of people that have great health insurance and they like it. Fine. Let them keep it.”

On taxes, Harrison believes the wealthy and large corporations don’t pay their fair share. She wants reforms to move more of the burden of tax away from middle class and poor Americans and towards those who earn more. On jobs and the environment, Harrison wants to transition workers in the fossil fuel industry into green jobs.

Harrison also has a personal connection to her position that community college should be free.

“I’ve got a daughter that’s twenty… she’ll be twenty-three, and she’s racked up about 40, 50,000 dollars in student loan debt that she’s probably gonna be paying for into her fifties," Harrison said. "And it’s absolutely ridiculous and crazy that we gotta go into debt to go to school.”

Harrison called the current handling of immigration at the southern border a crime against humanity. She also wants to see an overhaul of the justice system, including working against systemic racism

Ann Ashford is also running for the democratic nomination in District 2, and when asked about her most important issues, she talked about the economic insecurity facing many Americans.

“Whether it’s, you’re wondering whether your children can afford any kind of school after high school and if they’re going to go into such debt that they make the decision that they can’t afford to have a family someday,” Ashford said. 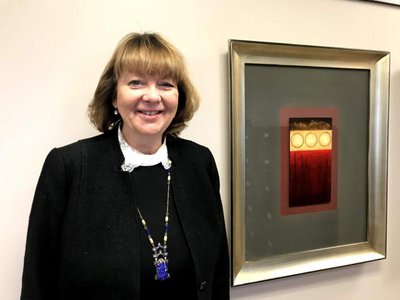 Ashford is a lawyer by education who spent time working in healthcare and human resources. Her husband Brad Ashford represented district 2 for one term before losing to Don Bacon in 2016.

Healthcare is Ashford’s other primary issue. She wants to improve the Affordable Care Act to lower costs of healthcare and provide a public option for health insurance. She also wants to require Medicare to negotiate drug prices.

On immigration, Ashford wants a congressional replacement for the Deferred Action on Childhood Arrivals program. She also hopes for more immigration judges to quickly process asylum claims and for a system where asylum seekers do not have to make stops in other countries before the United States.

“The number is always thrown out there that 90% of these individuals sort of flee before they have the system," Ashford said. "It’s actually the opposite. 90% show up for their hearings once they’re in this country because they want that protection of being in the United States and they want to be able to remain here in legal status.”

The third democratic candidate will be familiar to District 2 voters. Kara Eastman is a trained social worker and community advocate and was the democratic nominee for the seat in 2018, when she lost to incumbent Don Bacon by just under 5,000 votes.

Eastman said she learned a lot from 2018 and has reconfigured her campaign and her strategy.

“When the numbers came back and it was so close, it was actually my mother’s voice in my head saying ‘you can’t give up,’ and I had a lot of people reach out to me and say ‘You’ve got to do it again. You came so close.’" Eastman said. "And a friend of mine who had run for governor of Illinois, Daniel Biss, reminded me that Donald Trump was still president and that neither one of us could give up.”

Eastman listed the three most important issues to her campaign as healthcare, a living wage, and ending government corruption. She said she’s seen people change their opinions on health policy as they lose their jobs due to COVID-19.

“I’m having really interesting conversations with people in the district who are saying that idea of disconnecting or untethering healthcare from employment is seeming to be a much more sound approach," Eastman said. "Because I don’t think a lot of people realized how fragile there healthcare was gonna be.” 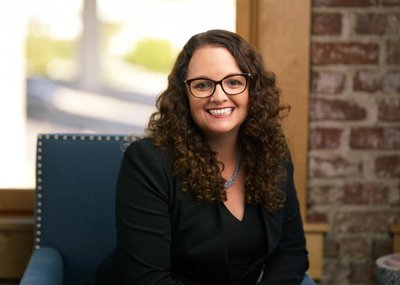 Kara Eastman was the democratic nominee for District 2 in 2018 and is now running again. (Photo Courtesy Eastman campaign)

On immigration, Eastman wants comprehensive reform and to prioritize DACA and give members of the program a pathway to citizenship. On criminal justice, she would like to decriminalize cannabis. She points to overcrowding in prisons and jails in Nebraska.

“It’s too expensive for people but they can’t make bail," Eastman said. "So we need bail reform in this country. It’s ridiculous that a very very wealthy person can make bail to get out of committing a crime whereas we have a number of people who are stuck in prison because they can’t make bail.”

Bail is paid to be out of jail before trail, not prison after a sentencing.

The District 2 democratic primary will be held this coming Tuesday, May 12th.