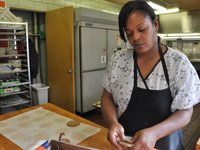 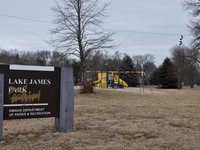 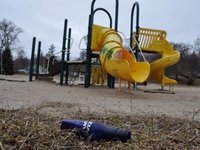 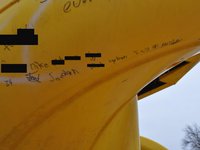 Following a spike in gang-related violence in North Omaha recently, NET News is examining in-depth some of the cultural and economic issues behind gangs in that area. To do that, NET News talked with three people in North Omaha directly impacted by gangs.

According to the Omaha Police Department, gang violence doesn’t appear to be surging in the city. In 2012, the total number of gang-related incidents was 216. In 2013 it was 185 and as of September of last year it was 114. But those figures bring little relief to those affected by the violence. 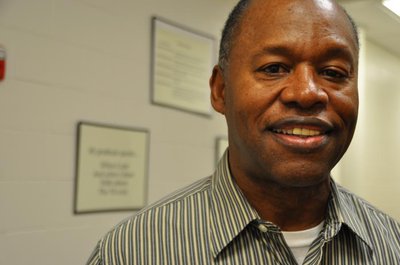 Senior Chaplain Morris Jackson has been working with prisoners and gang members in North Omaha for most of his adult life. Jackson said most teens who join a gang are looking for an identity or a sense of acceptance that is missing from their home life. To see the entire interview with Jackson, click here. (Photo by Ryan Robertson, NET News) 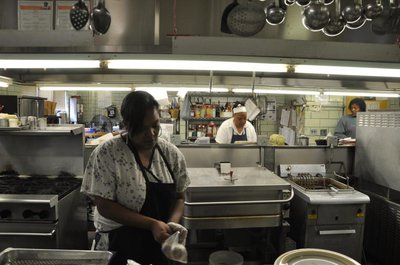 When she was released from jail, Diondria Harrison (front, left) went to work for her grandmother, Patricia "Big Mama" Barron (back, center). Harrison and Barron both agree that if more businesses in Omaha were more willing to hire felons, it would have a dramatic impact on future generations of Omaha youth. Listen to their full interview here and find out why. (Photo by Ryan Robertson, NET News)

NET News asked them what they believed were the three main factors causing youth from the area to join gangs. The general consensus: broken homes, a faulty educational system, and a lack of jobs.

Chaplain Jackson explained all three are connected, but it all starts in the home.

“Most of them don’t have a father figure, don’t have the stability in the home where you have a father and a mother, discipline. The generation now, kids are mostly in a one parent family. Mostly a mother. The father is out of the picture—either in a gang himself, or incarcerated, or dead—and they’re looking to fill that void,” Jackson said.

Diondria Harrison said she’s different. She came from a two parent household, but her father was an alcoholic and she left home when she was 13.

Harrison, who is now 41, said a positive parental influence is vital to helping teens avoid gangs; which is why she doesn’t shy away from being a parental figure, even to kids who aren’t hers.

“I’ll try my best to break it down of why they shouldn’t (join a gang), or this is what you should be doing. When I was growing up, there wasn’t a lot of people to do that for us. They were just like, ‘stay away from them.’ Parents and everything, ‘just stay away from them.’ Now I like to demonstrate to them what I went through, even if it causes tears, I don’t mind speaking a story,” Harrison said.

The second area of major concern identified was a lack of employment opportunities in North Omaha.

The statewide unemployment rate in Nebraska is 3.4 percent, one of the lowest in the country. In Douglas County, it’s 6.7 percent. In North Omaha, it’s around 12.5 percent.

Barron said one way to bring that number down: hire felons.

“All of my helpers are felons, and I can say that I’ve got three or four of them that are chefs that started out with me, got them in culinary art school. They’re just doing great. So once the chance is given for [felons] to succeed, they will succeed,” Barron said.

Diondria Harrison is a felon. She said she’s lucky to have had a grandmother, and now employer, who didn’t hold her past against her. Harrison said she didn’t know how to have a job until she went to jail.

“They taught me how to have a routine, how to do everything for me instead of just not caring. I got done with my GED in two months, I was in college the third month after I got out. I really had to push myself, but the more I got done, the more I saw I could do. I didn’t know I could do any of those things. I didn’t have faith in myself or hope in myself,” Harrison said.

Gang Fight: Nebraska examined the landscape of gang activity in Nebraska, and efforts to fight back. The television documentary is centered on a boxing gym founded in gang-rich South Omaha by a convict-turned-minister who's trying to keep kids away from lifestyle he once embraced. Click here for more information.

Learning how to succeed goes hand in hand with the third area of concern identified: Education.

Chaplain Jackson said educating prisoners is one of the best ways to make sure they don’t become repeat offenders. On average, three-to-five years after being released, about 70 percent of inmates are back in jail.

“We teach family relationships, finances, money management, overcoming drug addictions and all these life learning skills from a biblical perspective, and the recidivism drops to less than 20 percent, for what we have kept tabs on,” Jackson said.

Harrison said by the time kids enter sixth grade, they should have to take a gang prevention class in school taught by former gang members.

“To show them their story. Show them how it hurt. Show them what they’ve been through. Don’t be scared of your story. Your story might save a life or two or a hundred. We may never know until we try," Harrison said.

Patricia Barron doesn’t mince words when describing how she feels about area schools.

“I think the educational system here really sucks in North Omaha. I had very good teachers that encouraged me and taught me and so on and so forth, but I don’t see that happening here,” Barron said.

But according to Omaha Public Schools, things are improving. In 2013, the graduation rate was about 79 percent, up from 63 percent in 2003.

When she’s not managing her two restaurants, Barron volunteers her time at area schools. Last week she spoke to some girl scouts at McMillan Jr. High, and didn’t miss the opportunity to do some educating of her own.

“As I walked in here, I was just surprised at how different school is. I couldn’t believe all the locked doors and security people. Things are quite different from when I had my kids in school 20-30 years ago,” Barron said.

In the end, Barron, Harrison, and Chaplain Jackson all agree that in order to fix the three major concerns, it will take the entire community working together, not just those that live in North Omaha.