BEST OF 2014: "All Hell Can't Stop Us", Nebraska Soldiers Fight One of the Bloodiest Battles of World War II

This week we’re looking back at some of the more memorable stories of the year; for this “Best of 2014 Signature Story” we look back seventy years ago, when young Nebraska Army National Guard soldiers fought in what’s been called one of the bloodiest battles of World War II. With interviews from “All Hell Can’t Stop Us,” Mike Tobias of NET News revisits the Battle of St. Lo. 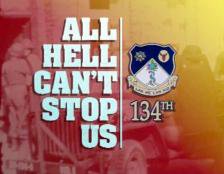 Watch the 1991 NET documentary "All Hell Can't Stop Us" HERE

infantry regiment of the Nebraska Army National Guard. In July of 1944, roughly a month after the Allied invasion of Normandy in World War II, that rallying cry was tested in ways that few of these young Nebraskans could have imagined.

The unit mobilized for stateside duty and training for more than two years before shipping to England to prepare for the allied invasion of France. They’d land at Omaha Beach as reinforcements a couple weeks after D-Day.

Private Herman Genrich remembered what he saw when he climbed off his landing craft. “My first sight when we got onto Omaha Beach,” recalled Genrich, a farm kid raised near Pickrell, Nebraska. “Here was one of those big old six by sixes loaded with dead GIs, stacked high. They were picking up dead GIs. Can you imagine what goes through your mind when you see that? You can’t describe it.”

About 25 miles inland was the French town of St. Lo, strategically important because German control of the town could stall the allied invasion. The 134th was sent forward to join the battle for St. Lo, fighting German soldiers dug in behind thick hedgerows and battling the enemy for control of a key hill protecting the town.

“The only way you could knock them out was just go in and dig em out. And some days, if we made a thousand yards, we were lucky,” Genrich said. 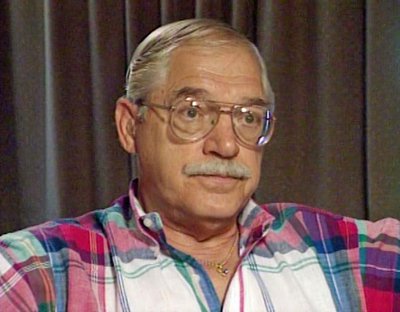 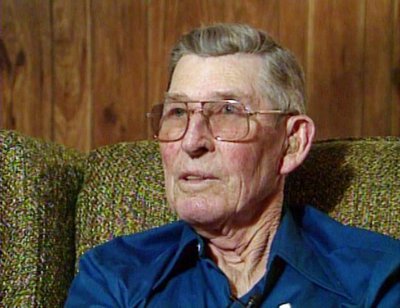 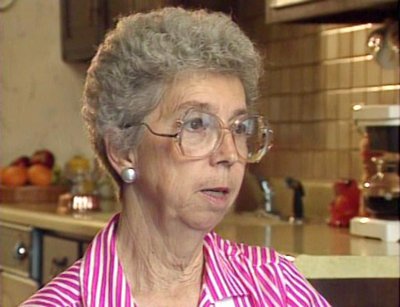 History (with battlefield maps) of the 134th Infantry Regiment at St. Lo

Detailed U.S. Army history of the Battle of St. Lo

“I was in a foxhole with one of my guys and a large caliber, I assumed it was an 88,” Greenlief added. “We’re standing there together and it came by and took his head off. I quickly got another hole. (After) that, you know, it started to get pretty damn real.”

“There’s no way you can describe what this was like,” Genrich said. “It was just like the whole world had erupted, and we suffered casualties that’s just unbelievable.”

Twenty-seven thousand allied soldiers died taking St. Lo. One of every three soldiers in the 134th regiment was killed or wounded. Waiting for news was hard on loved ones, like Ruby Genrich and eight other soldiers’ wives and girlfriends who lived in Beatrice.

“Of the nine women, six of their husbands were killed,” Ruby Genrich remembered. “They expected casualties, but they never thought our boys were going to be the ones (who) would be the casualties.”

Battered but not beaten, the soldiers of the 134th fought their way through France into Germany, earning more than 900 decorations for the actions. Greenlief received a Silver Star for single-handedly taking over an enemy machine gun position. Herman Genrich earned his Silver Star for taking over leadership of his platoon when all its officers were killed or wounded.

When the war was over, they returned quietly to Nebraska, some with unhealed, invisible wounds.

“Yeah, there was no brass band. There was nothing, and we didn’t expect any,” Herman Genrich recalled.

“And there was no treatment for the boys either,” Ruby Genrich added. “Of course some of them needed it. But for fellows coming home (who)have psychological problems, that was not heard of in those days.”

“When we first got married, I gave her a little bad time,” Herman Genrich said. “I had a lot of nightmares, horrible nightmares.”

“The first night he had a nightmare I shook him and he come over on top of me and started choking me,” Ruby Genrich said. “After that, I would put a pillow over my head before I’d shake him.”

Herman and Ruby Genrich would go on to live a long life together. Herman, who died in 2003, sold insurance; Ruby still lives in Beatrice. Francis Greenlief stayed in the Army, advancing to major general and serving as National Guard Bureau chief, the nation’s highest national guard position.

A few years before he died in 1999, Greenlief reflected on what he and his fellow Nebraskans accomplished during a speech at a reunion for the “All Hell Can’t Stop Us” soldiers of the 134th regiment. “We live in an age where people tend to forget the contributions of their forbearers,” Greenlief said. “But in my view, it is important that we the American people never forget the price that men pay in combat to achieve whatever that national goal is.”

Editor Notes: As producers and writers of "All Hell Can't Stop Us," John Beck and Joel Geyer of NET contributed to this story.

This story is part of our "Best of 2014" Signature Story report. The story originally aired and was published in July.