A growing share of farmers are past retirement age. After decades of work, many aging farmers are comfortable. They’re making a good living likely own their farmland. And, although time is working against them, they’re in no hurry to give it up.

Why do farmers keep working? For one thing, modern machinery makes it easier to work longer.

“It’s more you use your mind rather than your back, so you can go longer,” said Mike Duffy, an agricultural economist at Iowa State University.

More on changes in land ownership from Harvest Public Media: 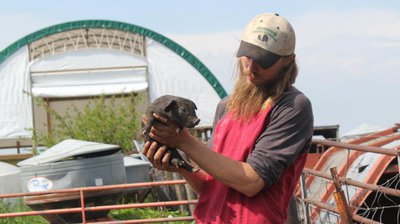 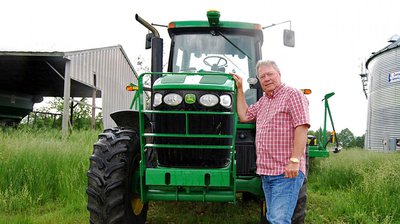 Changing Lands, Changing Hands: Retiring to the farm anything but quiet 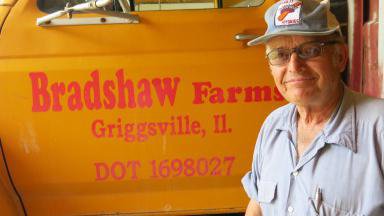 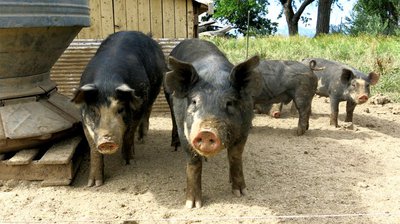 Duffy said there’s also an economic incentive. Many farmers are making more money today than just about any time in their careers thanks to higher yields and high grain prices.

But there’s something else about farmers. In surveys of farmers in Iowa, Duffy has learned regardless of the money or new technology, some farmers will just never quit.

“Farmers are farmers,” Duffy said. “And that’s who they identify themselves as. They’ll leave horizontal.”

Bob Hawthorn is that kind of farmer. At 84 years old, Hawthorn’s hands and face are weathered. Spring came late this year and on a bright April afternoon he was in a hurry to get corn and soybeans planted on his 2,000 acre farm in the Loess Hills of western Iowa.

Hawthorn braced himself against the wind in the back of his red pickup and unstrung the top of a bag of seed corn. After nearly 60 years on the farm, he said neighbors ask how long he plans to continue.

“They keep bugging me,” Hawthorn said. “They say, ‘When are you gonna quit?’ I think I’ll tell ‘em I won’t quit farming till all hell freezes over. Something like that.”

The farm was started by his great-grandfather, Trapper Hawthorn, in the late 1870s.

Bob Hawthorn left for a brief career in aerospace before returning to Iowa in 1955 to farm with his father, Fred, who worked on the farm into his 90s and lived to be 98 years old. Longevity runs in the family.

But after four generations, the Hawthorn family farm will come to an end. He has had foster children, but he never had biological children and never married. No one is lined up to take over the farm, but then, Hawthorn has no plans to quit, either.

“I’d be bored not having anything to do,” Hawthorn said. “I’ve also noticed that farmers, when they retire, buy a house in town and die of a heart attack about in the next year. It seems like farmers have to keep going or they just fade away.”

Psychologist and retired farmer Mike Rosmann calls it the “agrarian imperative,” the drive to keep farming even when your body might be ready to quit. In fact, Rosmann said, studies show over half of aging farmers don’t have a will or an estate plan.

“I think it reflects perhaps a denial of the fact that somebody’s got to take over and I need to have a plan for that,” Rosmann said.

More farmers staying on the farm into their old age is one reason younger farmers struggle to find their place.

Duffy said the plans older farmers make have larger implications because more often than not, they own the land they’re working. That means farmers like Bob Hawthorn hold a big piece to the future of farming.

Those landowners, such as Bob Hawthorn, know their neighbors are watching and wondering how long they will farm.

“When I look overhead, I see a lot of vultures circling and descending on me,” Hawthorn said. “They can’t wait until I retire, I die, or become physically or mentally incompetent to run the farm so they get their greedy hands on my farmland.”

Hawthorn does wonder what will happen to the four-generation family farm. Whose hands will it go to next? It’s a big question, and not one he seems ready to answer. Not just yet.

Editor's Note: This story is part of our "Best of 2013" Signature Story report. The story originally aired and was published in July.