BEST OF 2013: Owning It: Changing Gender Roles Lead to Greater Opportunities for Female Entrepreneurs in Nebraska 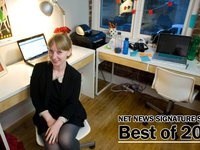 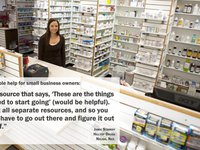 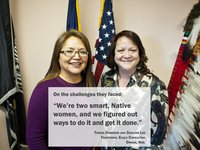 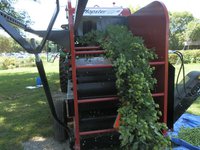 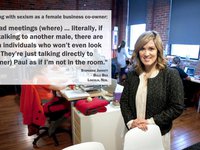 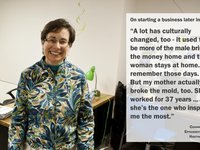 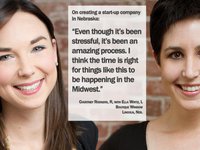 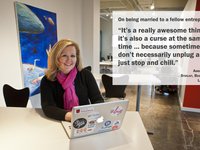 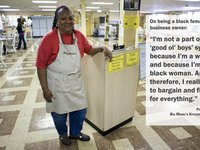 Those who come first pave the way for those who follow – and as roles for women in Nebraska have changed, so has their participation in business. Female entrepreneurs and business owners from across the state talk about how cultural changes for women are improving their opportunities for success.

The high-pitched sound of a machine printing prescription labels buzzes on the counter of Hilltop Drugs, a pharmacy located in the northeast Nebraska town of Neligh.

Jamie Schmidt, 34, opened the pharmacy four years ago with business partner Koryn Koinzan. Schmidt knew she wanted to raise her two young children in a small town, and when taking over the existing pharmacy from its retiring owner fell through, she opted to open her own instead.

Check out part one of this special report, which looks at the unique investment and capital challenges facing women entrepreneurs.

- Know your strengths; if accounting isn't one of them, for example, hire someone else to take care of it.

- Keep up with technology and social media

- Research your consumer base and demographics

- Don't assume you need a physical storefront; you might waste more money on overhead than it's worth.

- Research investors and investment firms and tailor your pitches to them individually.

- Talk through your ideas with someone who won't be judgemental.

- Be passionate about what you do, and know that it has value; be confident in your abilities.

- Don't give away your services for free.

- Save as much as you can; opening a business is expensive.

- Be prepared for resistance.

- Don't be afraid to branch out. Figure out what's missing in your community, your state, your country or the world, and then find a way to provide it. You might start out selling one product, but if your community is also lacking a provider for another product or service, that could be an additional opportunity for you - especially in a small town.

- Talk to people. Know your resources - and make use of them.

“It is a lot of hard work, but it is worth it,” she said. “Just the personal satisfaction of owning your own business and working for yourself. That feeling of accomplishment is great.”

She said being her own boss can make balancing the demands of work and motherhood easier.

“Sometimes owning your own business offers a little more flexibility as far as that goes … sometimes,” she said wryly. “I can take (my son) to school every day, I can pick him up; if I need to run down and eat lunch with him or something, I can do that. So that’s nice.”

There’s a debate underway in America about whether or not women can “have it all” – “all” referring to both a successful career and a family. According to a recent government report, 8 out of 10 women will have children in their lifetimes. At the same time, more and more women are running their own businesses – that number increased by 54 percent over the last 15 years.

While Schmidt chose to start a business while simultaneously raising young children, most women focus on getting their careers going first – or, conversely, they postpone owning a business until after their children have left home.

That was the case for Karen Kackmeister, who owns a tractor parts shop and a decal store in the north central town of Ainsworth. She said running a business, as opposed to working for others, would have been a lot more challenging when her kids were younger.

“When I worked for them, I could say, ‘I’ve got a Cub Scout meeting, I’ve gotta go,’ and I just didn’t make as much money that day,” she said. “But when you have your own business, I would’ve felt I had to stay till five, and then I would’ve had to crunch everything else in after that.”

Traditionally, women have spent more time on domestic responsibilities than their male counterparts, whether they were homemakers or working outside the home, as well. Even today, men spend an average of three hours a day on household chores, while women spend almost five.

“It used to be more of the male brings the money home, and the woman stays at home,” said Connie Harvey, who runs a bookkeeping and accounting business in Hastings called Efficiency Counts. “I still remember those days.”

A former stay-at-home mom, Harvey went back to college and opened a business in her 40s. She calls women’s dual roles as caretaker and paid worker “double duty.”

Teresa Dameron, who co-owns Traditional Eagle Solutions with business partner Darlene Lee, said it can be hard to balance family life with work, and there’s pressure put on women that isn’t necessarily felt by men. Dameron lives with family members ranging from her 100-year-old grandmother to her 3-year-old granddaughter.

“Guilt, I think that’s what business women have to deal with,” she said. “We can’t always juggle all of the balls and keep them all in the air.”

While older generations waited till their children were grown, some younger women take the opposite approach. Across America, women are having children later in their lives. A recent government report found compared to the 1970s, a woman is six times more likely to delay having a child until she’s 30 years old or older. Almost half of women ages 25 to 29 don’t have any children, a 50 percent jump since 1976.

“Paul and I are kind of getting to the age where we’re thinking, ‘If we’re going to have kids, we should probably do it pretty soon. Time’s ticking!’” she said with a laugh. “But at the same time, we’re right in the middle of Bulu Box, and we feel like it would be incredibly selfish and somewhat irresponsible to just go to have a baby. So that’s on the backburner for us.”

Along with women having children later in life, men’s share of domestic responsibilities – while still not on par with women’s – is growing.

A report from the Center on Contemporary Families found from the 1960s to now, men’s contribution to housework doubled, and the longer their female partners have been in paid employment, the more family work they are likely to do.

She also has a five-year-old daughter.

“A few weeks after Alice, my daughter, was born, a lot of people kind of asked me then, ‘How are you managing this – being a mother and owning a business and making it work?’” she said. “And it was kind of a confusing question to me in many ways, because I thought, I just do it. There isn’t a secret. You just have to do it.”

Hunt knew early on she wanted to run her own business and have children, and she said she picked a spouse who shared her views on equal parenting and equal contributions to the home.

“When I was dating, one thing I was thinking about was not only a partner in life, but a partner in business,” she recalled. “ ‘How will you work with me as we grow a bit together and raise children together and I’m still running this business?’

“Because that wasn’t something that I wanted to give up,” she added. “I had found so much passion through my career.”

There are cultural, institutional and financial challenges for women business owners that don’t necessarily exist for male business owners, but nearly every woman I spoke with had the same advice: find a mentor. Join a network. Learn from others who’ve been in your situation.

In a dimly-lit, basement wine bar in Lincoln on a recent Tuesday, two young women addressed a crowd of about 40 women business owners, entrepreneurs and community members.

“I’m Amber Pankonin, and this is Jill Thayer, and we want to welcome you to the first Ladies Who Launch!”

The crowd broke into cheering and clapping as Pankonin, a Lincoln entrepreneur who runs several health-related businesses, and Thayer, who runs a gourmet popsicle company, outlined their plans for the new networking group.

“We wanted to see other females who own businesses, who are interested in starting a business, that kind of thing,” Thayer said afterwards. “We go to a lot of start-up events, and we’re almost the only females there. So we wanted some other women to hang out, and just encourage and build community.”

“I would say, start talking about it, and don’t be afraid to share your idea.”

Connie Harvey agreed. The 53-year-old from Hastings has seen women’s roles change drastically over her lifetime, and said women shouldn’t be discouraged by the obstacles.

“I think you have to try. And you might be some big, internationally-known business someday!” she said. “You never know.

Editor's note: This story is part of our "Best of 2013" Signature Story report. The story originally aired and was published in February.