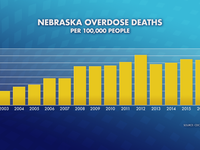 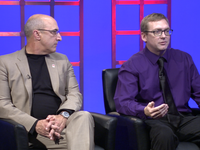 Drug overdose rates in the Midwest are rising, but little research exists on rural drug use trends.

The drug overdose death rate in Nebraska nearly doubled from 2006 to 2016 – from about four deaths per 100,000 people to more than six deaths.

And although research shows Nebraskans in rural areas have about the same access to drugs as those living in urban areas, access to treatment is far from equal.

And treatment can be hard to find, especially for medication assisted treatment.

Lindsey Hanlon coordinates the state opioid response for the Nebraska Division of Behavioral Health. She says certain medications work by lessening the withdrawal effects of opioids.

"We do know that it has been proven more effective when somebody has been on medication assisted treatment and continued that process," Hanlon said. "They tend to have fewer relapse rates than those who just do the abstinence only and don't have any sort of ongoing therapy."

But one of those medications, methadone, can only be administered in a clinic setting, and there are just three clinics in Nebraska – two in Omaha and one in Lincoln.

Buprenorphine can be prescribed by a doctor who’s gone through a simple certification process. There are 54 active prescribers at last count, but 41 of those are in either Lincoln or Omaha.

The treatment is controversial; critics say it’s just trading one addiction for another. But that’s completely untrue, says Tina Chasek, Director of the Behavioral Health Education Center of Nebraska at Kearney.

"They are not a drug that people get dependent on," Chasek said. "There's no pleasure, there's no euphoria that comes from it. It's almost like a neutralizing agent."

That misunderstanding may be one reason not many doctors are comfortable prescribing buprenorphine for opioid addiction treatment.

But the state is trying to increase that number, and it seems to be working – the number of active prescribers is still too low, but it’s double what it was last year.

The goal is to educate and train primary care doctors about mental health and substance use disorders so they can provide integrated care.

"So if you have depression and you're drinking too much, if you're required to go to two different places to get two different treatments, that makes no sense because you're one person struggling with these things," Chasek said.

But medication assisted treatment is not the only option; peer support is a growing trend. It takes a person with drug addiction experience and pairs them with someone earlier in their recovery journey.

"[It's] giving an individual that's in recovery a chance to be a professional in the community and help others that are in recovery," said Danielle Smith, project director for the Nebraska Coalition for Peer Delivered Services. "We're really working on workforce development. You know, if you're in recovery, and you start doing really well in your recovery, then you can support another individual."

And although there are more peer support options in eastern Nebraska, this training program is spreading to all corners of the state. 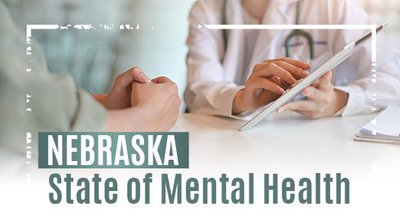 Tommy Newcombe is Executive Director of The Connection Project in Norfolk, Nebraska. He says peer support was a critical part of his own recovery – and now he provides that same care to others.

"I think sometimes in traditional behavioral health services there can be a little bit of learned helplessness, or people don’t get a chance to take personal responsibility for their own wellness," Newcombe said. "And peer support kind of combats that and it…doesn’t look at people as problems, it looks at people as people.”

Dombrowski says Nebraska can and should do more, like allowing communities to establish a syringe exchange program. Intravenous drug users can turn over used needles and get clean ones back.

The programs also provide HIV and Hepatitis C testing, toiletries, basic medical care, and much more. But the closest one is in Denver.

A community health research group at the University of Nebraska-Lincoln strongly recommends the state authorize syringe exchanges. No lawmakers have introduced a measure to do that in this or any previous legislative session.

In the meantime, groups like the Rural Drug Addiction Research Center are working to gather as much data as possible to guide future decisions.

You can learn more about rural drug use from Kirk Dombrowski and Tommy Newcombe on this week's episode of Speaking of Nebraska.