A century of reunions for a historic Omaha family

Omaha’s Bryant-Fisher family will reunite this weekend for the 100th consecutive year. The family will be celebrating its long tradition and history.

We’ll leave this part of the story to family historian Arlett Brooks, from bryantfisherreunion.com:

“Emma Early’s grandfather was a well-to-do Missouri plantation owner. Her father, Wesley, was his favorite son, and consequently received far better treatment than many Negro sons of slave holders of that era. He was never treated as a slave by his father. When the Civil War erupted Wesley, with the help of his half-sisters, ran the plantation during the time his father was away at war. ​

“Wesley fell in love with a slave girl named America, who had come from the state of Virginia. He often told how he paid $100 for the slave girl who became his wife. He and America became parents of 18 children. Emma was the youngest child of this union.” 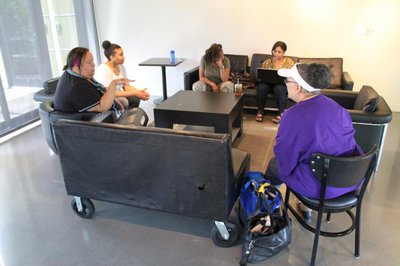 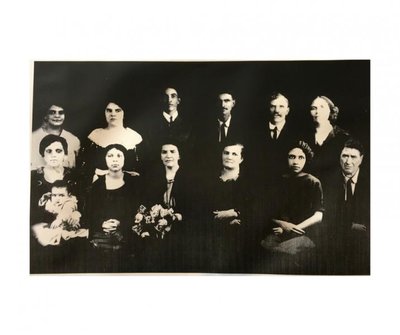 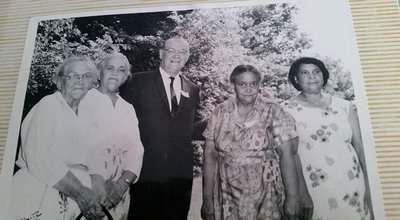 How the Reunion Got Started

“The house got too small for all the grandkids to have Sunday dinner, they had Sunday dinner together. So she took it to the park so she could see all of her grandchildren,” said Sherri Wright-Harris, one of several Bryant-Fisher Reunion planning committee and family members we chatted with.

The first 74 reunions were held at Mandan Park in south Omaha.

“From our understanding, they put all the food on one table and shared their food. But as the families got larger then they each had a family area,” JoAnn Glass said.

“All the guys in the family, they all fished prior to the reunion. It was getting their catches ready because (at) six o'clock that morning was going to be the fish fry. They had fried potatoes and onions, eggs and coffee. But they put that fish on early in the morning and that's what started the reunion for breakfast was the fish fry,” Wright-Harris added.

The picnics morphed into more involved reunions as the family got bigger. The family’s own count shows more than 3,000 members. They now live in Nebraska, other states and other countries.

“That's absolutely special when it comes to the African-American people,” Wright-Harris said. “With slavery and how it had taken away history, and to be able to do that as an African-American family makes us extraordinarily unique.”

The gathering is always the same weekend in August. It still ends with a city park picnic that includes a fried fish breakfast, and plenty of other memories.

“I can remember at Mandan Park and being maybe seven- or eight-years-old,” Prater-James recalled. “I think they may have (had) a show wagon that they would rent and we would have dance contests. I remember getting up on the stage and being kind of scared, feeling frozen you know. But yes, we still do that today.”

“We had sack leg races where two of us to put our leg in the potato sack and ran. We had eggs, where we had to toss the eggs and run. We had races. That was all a part of the day,” Wright-Harris said.

“It feels like you find out you’re related to somebody new every single time go,” Dorris said. “Then when school started and you go to school you're like ‘cousin, cousin.’ So you find out that you're related to so many amazing people and that’s also part of what’s making it fun.”

A Century of Gatherings

Over the years the Bryant-Fisher gathering has drawn lots of family and friends. Politicians, Republicans and Democrats. Church leaders; Baptist, Catholic and other faiths. Even celebrities like actress Gabrielle Union, an Omaha native and family member, and her husband, basketball star Dwyane Wade.

From humble beginnings as a simple Sunday picnic the Bryant-Fisher reunion has grown. Now it’s a big party. Several hundred guests. Four days of activities all over the city, including a parade, banquet, talent show, fish fry and picnic. All run through a non-profit organization they created, appropriately called “Dozens of Cousins.”

“Roughly over the course of the week attending different events we'll probably have more than a thousand people,” Prater-James said.

Putting this together is a lot of work. But the “cousins” say it’s worth it.

“I just find it fascinating that this family stayed together during slavery,” Glass said. “You can't go into the future until you understand the legacy.”

“You have to fight to keep your family together,” Dorris added. “Regardless of what's going on in the world, even in your own community, you have to do everything possible to stay connected and remind each other that there's a lot of love there and ‘we got you.’”

“Why this is important to me is because this is who I am,” Wright-Harris said. “I'm born a Bryant-Fischer.”

Just like a few hundred other family members who will gather in Omaha this weekend.