14 Nebraskans Have Died So Far in This 'Severe' Flu Season

State health officials say Nebraska is experiencing a particularly severe influenza season, with 14 deaths so far. That includes at least one child under age 19.

The state Department of Health and Human Services monitors flu severity through lab tests, as well as doctor and emergency room visits and hospital admissions. 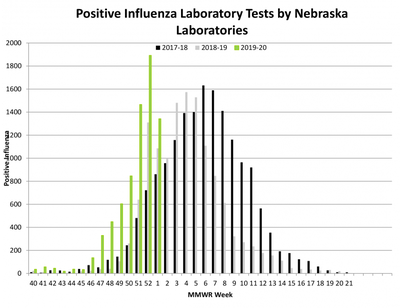 By nearly every measure, flu activity is higher than at this point in the last two flu seasons.

For example, the state reports 640 influenza hospitalizations for the week of January 10. The same week last year had about a hundred fewer hospital cases.

"We’re waiting on definitive information from the CDC about how well the vaccine this year was matched to the circulating strains," Safranek said. "That could be a big issue if it’s poorly matched. That’s been known to happen in the past."

Health officials say flu activity will remain high for several more weeks, and encourage all Nebraskans at least six months old to get the flu vaccine every year. 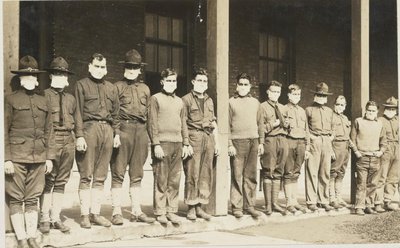 Could there be another flu pandemic? Looking back at the 1918 Influenza

Safranek says it takes about 14 days for the vaccine to become fully effective.

"Clearly it’s not 100% bulletproof but it’s still a very, very important way to reduce your risk, especially if you’re in a high-risk group," Safranek said.

Most of the flu cases requiring a hospital visit are Nebraskans younger than four years old, or older than 65. Other high risk groups include pregnant women, residents of nursing homes, and people with certain conditions like asthma, diabetes, and heart disease.