“In a matter of a few days, I had to completely kind of flip the way that I teach,” says Mullen Public Schools science teacher Sarah Hardin. “I think we’re in uncharted territory.”

The program focuses on how educators quickly came up with a remote learning plan, including deciding whether or not to grade work; creative and innovative ways teachers and parents engaged students; what it's like to be a graduating senior; and challenges, including limited WiFi, creating learning spaces at home and the lack of face-to-face connection.

“Even though you get to see them and you talk to them, it's different than being face to face," says Mullen Elementary School teacher Melody McDowell. "There is a lot to communication that's not just words over a camera. You can tell how kid’s day is going when they walk in your classroom in the morning and you can't see that on a computer screen.”

"There are stories like this in school districts throughout Nebraska," says Nebraska Public Media producer Mike Tobias. "In many ways, Mullen’s story is also their story."

The program also provides a glimpse into life in the remote Sandhills region of Nebraska. The Mullen Public Schools district has 157 students in grades K-12. “Mullen is a huge district,” says Mullen superintendent Chris Kuncl. “We're bigger than the state of Rhode Island in our square mileage." 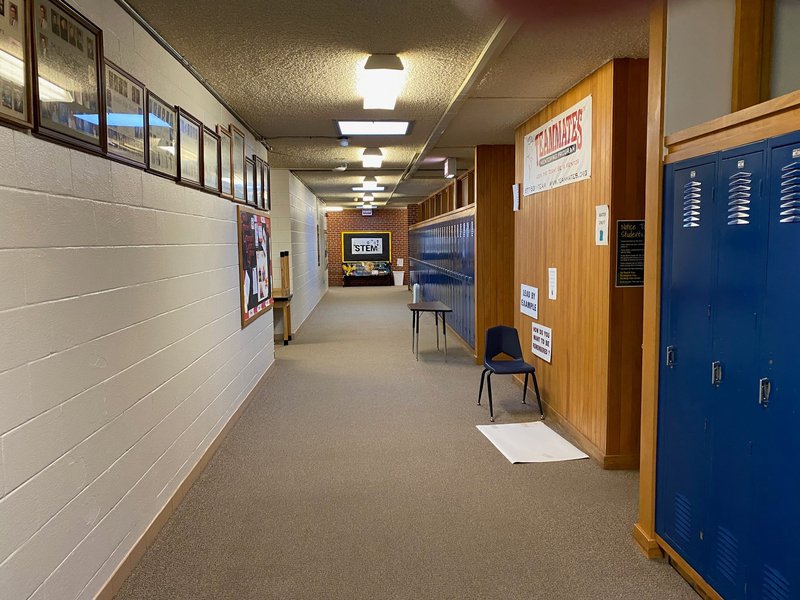 “It is really weird walking around here. We're in April, and kids are supposed to be running through the halls," says Chris Kuncl, Mullen Public Schools superintendent. (Chris Kuncl photo) 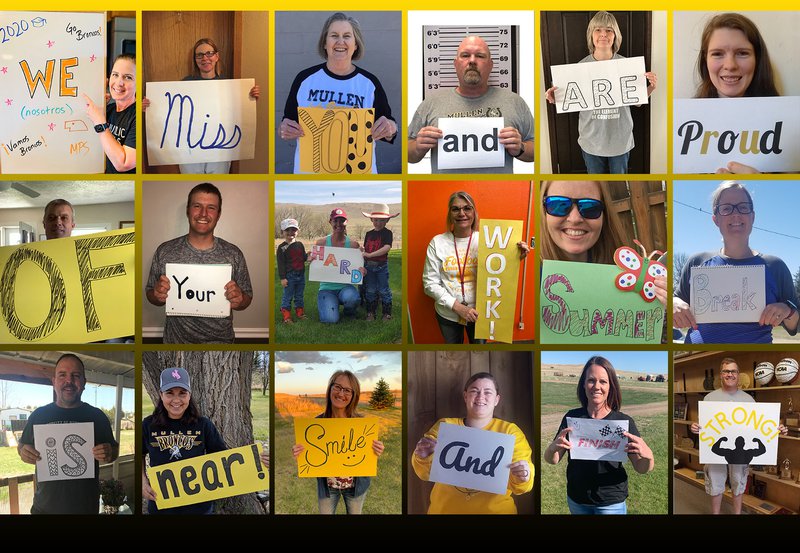 Mullen High School teachers created this message for their students. English teacher Megan Andersen had her students keep journals about life during the COVID-19 shutdown. "They're all struggling and the biggest thing that they're struggling with is the normalcy," says Andersen, who is also Mullen's guidance counselor. "I think they all miss their friends a lot. That's definitely a theme that goes through all of their journals."

When COVID-19 closed the doors to the Mullen Public Schools, educators, parents and students found new ways to use space at home.

Mullen Public Schools classrooms have been empty since the move to remote learning on March 16. (Chris Kuncl photo)
Science teacher Sarah Hardin uses a guest bedroom as her classroom. "I have my lab coat hanging on the wall, because I've done some little miniature experiments with kids over Zoom. I have binders thrown all over the bed. It's honestly a mess." (Sarah Hardin photo)
Sarah Hardin uses the floor of her guest bedroom (where wifi is better) to do a group experiment, over Zoom, with her Chemistry 1 class. (Sarah Hardin image)
Guidance counselor and English teacher Megan Anderson takes part in a Zoom Mullen staff meeting. (Megan Anderson photo)
Scholarships and worksheets kept senior Madison Jones busy on her last day of school. (Madison Jones photo)
Sophomore Taylor Svoboda does homework in the family's guest room. (Barb Svoboda photo)
Teacher Melody McDowell reviews math homework with one of her fourth grade students during a Zoom meeting. "My daughter's a sophomore and she's doing the online business too. So we've pretty much commandeered our dining room table and floor," McDowell says. (Melody McDowell photo)
A folding table and chair became third grader Braylon Kuncl's workspace this spring. (Chris Kuncl photo) 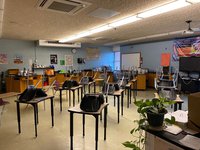 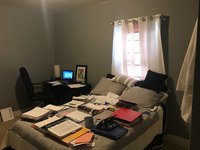 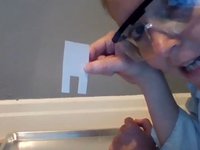 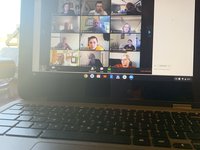 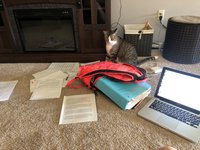 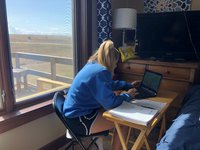 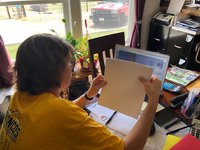 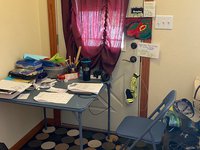 Remote education and life on the Phipps Ranch

Brent and Jordyn Phipps have a family ranch north of Whitman, Nebraska. They have four kids: Kaisley, Kendall, Grady and Emerson. Kaisley and Kendall are Mullen Public Schools students. 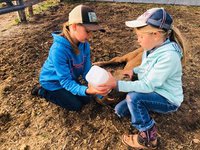 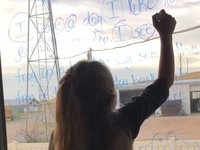 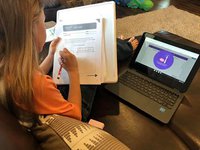 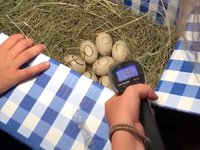 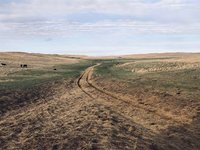 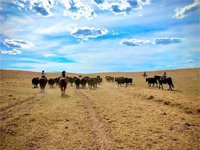 Jones, Mullen's salutatorian, plans to attend UNL next year, majoring in secondary education. "(The) thing that I probably miss the most is seeing people," Jones says. "I don't realize how many people I interact with in a day and now it's basically just my family and no friends, unless it's over social media. But human interaction is what I miss most."
When spring sports were cancelled, Paxton lost the chance to repeat as Class D two-mile run track champion. "We'll have a unique story to tell because we aren't typical seniors," says Paxton, who is Mullen's valedictorian and going to UNL next year to study biological sciences with an eye on medical school. "Nobody asked for this, but we've done a very, very good job with what we've had. It's been a roller coaster, but it's also been pretty successful, so I'm grateful for that."
Kessler had to overcome wifi access issues on his family's ranch this spring. He spent his last day of school helping brand cattle. "You're out in the middle of somebody's pasture doing work and you're like, 'hey, it's my last day,'" Kessler says. "I miss just being in the school, seeing the teachers, and being able to have their help when I needed it." He starts Army National Guard basic training in August, and hopes to start college in the spring and/or return to the ranch. 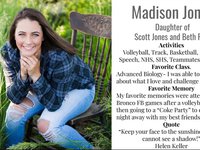 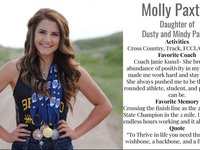 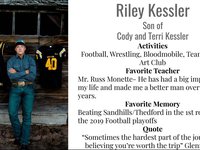 The Mullen Public Schools held a scaled-down graduation ceremony for 14 seniors on May 9, 2020.

Seniors walked one-by-one, for the last time, through the school’s main hallway. Graduate names were read as they walk out the door. Superintendent Chris Kuncl handed each a diploma. They posed for a quick picture and finished by driving through town so others could stand outside and cheer. "Some resemblance of a graduation," according to Mullen superintendent Chris Kuncl.

Only immediate family were invited, and separated in designated areas of a parking lot.

They hope to do a bigger ceremony for the Class of 2020 in July. 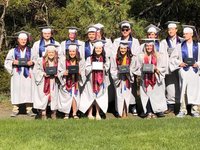 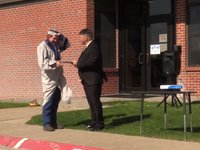 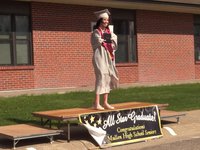 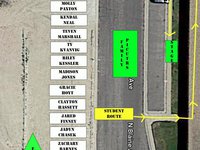 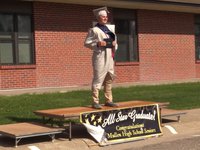 How we made "Remote Learning in Remote Nebraska"

Nebraska Public Media producer Mike Tobias recorded more than three hours of interviews via telephone from a temporary office in the basement of his home. He captured more than an hour of other sound for the program by having teachers hold phones near computers while they worked, from Facebook videos, from cell phone video and from Zoom recordings. Photos helped Mike have an idea of what he would have normally been seeing and writing about.

Would we rather travel west and spend lots of time in the Mullen area to produce a story like this? Definitely. But like most everyone else, COVID-19 also forced us to be innovative to tell a story about innovation! 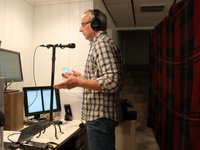 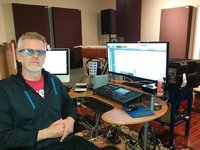 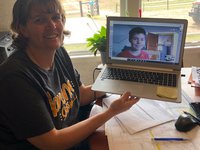 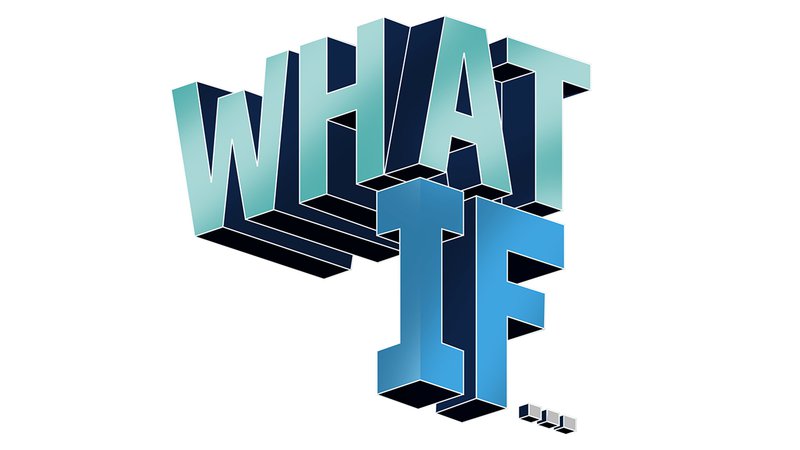 "Remote Learning in Remote Nebraska" is part of What If..., the Nebraska Public Media project on innovation and creativity in Nebraska. Watch What If... stories and learn more HERE.

Nebraska Public Media News and our Harvest Public Media partners are reporting as part of the national “America Amplified: Election 2020” project that aims to listen to and amplify the voices of those in diverse communities across the nation. Learn more at americaamplified.org and on Facebook, Twitter, and Instagram.