Join Nebraska Public Media for the 90-minute program “Title IX: 50 Years in the Making,” at 6 p.m. CT, Saturday, June 18 at the Coliseum, 1350 Vine St., University of Nebraska-Lincoln. Doors open at 5:30 p.m. CT. While tickets are free, participants must register at NebraskaPublicMedia.org/titleix.

This event is part of a year-long celebration of the impact of the Title IX federal legislation that protects people from discrimination on the basis of sex in any federally-funded education program or activity.

The June 18 event will feature short video presentations and discussion with panelists:

-- Larson, who led Nebraska to an outstanding four-year run on the volleyball court before continuing on to an international career. She was the Big 12 Player of the Year in 2008 and a three-time All-American. She is a three-time Olympic medalist

-- Frost, who was a track and field athlete before girls’ athletic programs were accepted by the general public or sponsored by high schools. She was the 1968 gold medalist at the Pan American Games and a member of the 1968 U.S. Olympic team.

-- James Keaton, who dominated high school softball and became the first pitcher to earn All-Big 12 honors four times while on the UNL softball team. She pitched professionally for four years, earning all-star in 2005.

-- Sorensen, the deputy editor and digital marketing strategist at “Hail Varsity” magazine. She represents a small percentage of women in sports media. According to a Women’s Media Center study, only 10 percent of sports coverage credit in U.S. print media went to women.

-- VanLengen, national sports broadcaster, who played basketball at the University of Nebraska at Kearney and was the assistant women’s basketball coach at UNL from 1990-95. 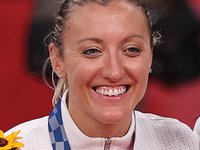 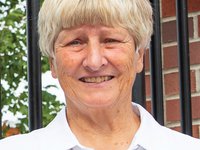 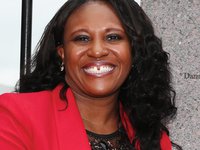 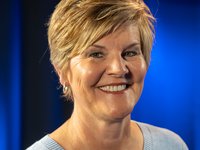 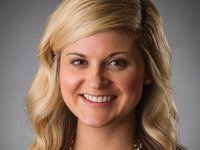 Panelists will discuss the impact of athletics in their lives. Discussions will also focus on challenges through the decades, growth of women’s sports and participation, harassment and discrimination, Title IX success, the Nebraska volleyball program, inequality vs. inequity, March Madness and new opportunities for the future.

Participants will learn more about the women who have pushed the limits on what is socially acceptable the last 50 years, how far women’s athletics has come and how far it still has to go.