Every year from spring to fall, our panel of experts deals with topics from insect pests, disease, turf, fruits and vegetables, as well as landscape design and general horticulture topics. The program consists of a panel of experts dedicated to helping you find solutions to your lawn and garden questions.

Filming from the Legacy of the Plains Museum in Gering, NE
Filming at the State Fair, from the Raising Nebraska Building in Grand Island, NE 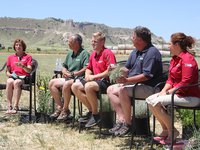 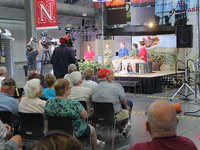 Missed a show? Explore the archives on our PBS Video portal.