Jailed for life, juvenile offenders may return to Nebraska courts for new sentences. 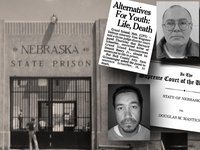 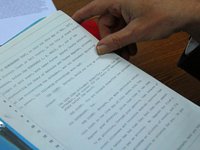 Two dozen Nebraska inmates, sent to prison for life without parole when they were teenagers, may eventually get a chance to leave prison. First the U.S. Supreme Court must decide if they have the right to have their sentences reviewed. 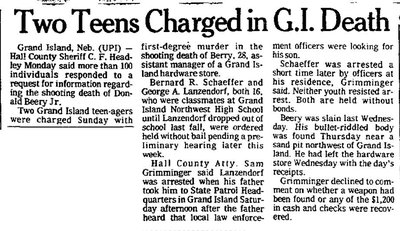 Last year judges, prosecutors and defense attorneys in Nebraska and other states prepared for hearings to change the sentences of inmates sentenced as juveniles to prison without a chance of parole.

The inmates would return to court, in some cases decades after the original verdicts, because the U.S. Supreme Court ruled their sentences were unconstitutional. There are 23 men and one woman imprisoned in Nebraska who could return to court.

Three years ago in Miller V. Alabama the justices ruled keeping juveniles in prison for life without any chance of parole “violate the Eighth and Fourteenth Amendments’ prohibition against cruel and unusual punishment.” Courts in Nebraska, with the approval of the state’s Supreme Court, prepared for hearings from inmates seeking resentencing.

In December, progress on those hearings came to a screeching halt when the U.S. Supreme Court announced it would review a key question left unanswered in the original ruling: does the Miller ruling only apply to new cases or do inmates sentenced prior to the ruling have the right to have their sentences reviewed and changed?

Two weeks after the U.S. Supreme Court announced it would hear the case of Toca V. Louisiana, a district court judge in York County, Nebraska, delayed moving ahead with the resentencing of Sydney Thiezen until the justices issue an opinion.

The heart of the issue has always been whether it was fair and responsible to view the actions of a violent juvenile offender in the same way a court considered the behavior of adults. When the Miller case was heard in 2012, the justices were asked to determine whether the imposition of a life-without-parole sentence on a 14-year-old child convicted of murder constituted “cruel and unusual punishment.”

The court ruled it was cruel and unusual in part based on arguments made by the American Psychological Association which argued youths should not be subjected to life without parole “because they are less developed and therefore, less culpable than adults.”

Former Hall County (Nebraska) Attorney Mark Young said he didn’t agree with some of the scientific justification for the Miller ruling, but does acknowledge reconsidering how young people are sentenced was justified. (Young has since stepped down as county attorney and accepted a position as a district court judge in the 9th Judicial District. His comments came prior to that appointment.)

“You had to look at teens differently than you would an adult,” Young said. “You couldn’t have a mandatory life without parole sentence because of their age and their developmental deficits.”

In Nebraska, that put 24 cases back in the courts for resentencing. When each case had been heard originally the district court judges were given little leeway in how to deal with juveniles prosecuted in adult courts.

“In Nebraska under the relevant sentencing provision, it was automatic life,” defense attorney Adam Sipple said. “If you were tried and convicted as an adult, regardless of your age you are subject to automatic life imprisonment.”

Sipple, who represents two men up for revised sentences, says the nature of being put in prison for life without any chance of being released becomes problematic when dealing with juveniles.

“A sentence of life in prison for something they did when they were 16 exacts a far higher toll and takes away far more than from somebody who is older,” Sipple said.

In 2013 the state legislature removed mandatory life sentences for juveniles from the state’s statutes.

Samples of the juvenile life sentence cases up for review. 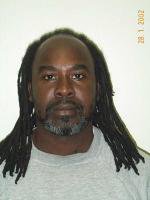 No Nebraskan sentenced as a juvenile has been in prison longer than Grayer. When 15-years old in 1970, he shot and killed Margaret Morran during a robbery attempt in Omaha. 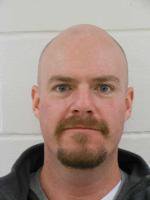 While running away from home in York County, the 14-year-old Thieszen shot to death his younger sister Sacha in 1988. 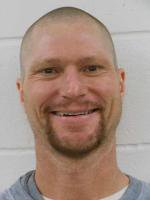 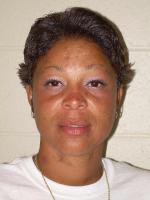 In 1993 Williams, then 17, shot Tamiko Jones after arguing with the woman over a man the two had been involved with at the time.

Attorney General Jon Bruning tried to block the resentencing process. He characterized those convicted as “bad guys” who “deserve to be in prison for the remainder of their lives.” His attempt to bypass the courts by routing the process through the state’s Pardons Board was blocked by the Nebraska Supreme Court. Bruning leaves office January 8 of this year.

In response, attorneys representing several of the Nebraska inmates filed requests for ‘post-conviction relief’ asking district court judges for new sentences that would, at the very least, allow for a periodic review of their cases by the state’s parole board.

Should the resentencing process be allowed to proceed, each case will get a separate hearing in the county in which they were originally convicted. In addition to reviewing the facts of the crime itself, judges will consider fresh evidence of the convicted person’s psychological state at the time of the crime and any new information about his or her current state of mind.

“All of that information must be developed and presented to the court in a usual way,” Sipple said. The hearings will take place “in open court, (where the) defense lawyer and prosecutor, and judge will weigh the facts and circumstances to determine what sentence is just.”

Each case will have a very different set of facts and circumstances to be reviewed.

“I think some cases will be easier than others depending on how much data is available,” Sipple said.

One of Sipple’s defendants, Douglas Mantich, was 15 years old at the time of the murder he participated in, and was the youngest of five Omaha gang members involved in the revenge killing of a rival gang member. The other four convicted in the case are already out of jail.

Sipple maintains at the time of Mantich’s original trial the court accepted that, while participating in the crime, his client did not fire the gun that killed Henry Thompson. That matter is likely to be raised as a mitigating factor when the court reviews the 1994 life sentence.

In December, Mantich’s attorney asked the district court judge to approve a fresh psychiatric examination of his client in a step towards reconstructing Mantich’s background and childhood and assessing the prisoner’s rehabilitation while jailed.

“It won’t be easy, but there are people who are qualified to do so,” Sipple said. “Forensic psychologists and psychiatrists who through clinical interview of the defendants can put those pieces together.”

While still prosecutor in Hall County, Mark Young was preparing background on the only person in that jurisdiction up for a sentence review.

In 1977, 16-year-old Bernard Schaeffer was convicted along with a high school classmate for the murder of hardware store clerk Donald Beery, Jr. during a robbery. Schaeffer, in exchange for avoiding the death penalty, agreed to serve a life sentence with no chance of parole.

Young, who referred to Beery’s murder as “an execution,” said the county attorney’s office was cooperating with Schaeffer’s defense counsel to develop a profile of Schaeffer’s mental state as a teenager at the time of the crime through the four decades the inmate spent in prison.

If the case does proceed the court will likely be asked to consider Schaeffer not only as he was as a teenager but the person he became while incarcerated.

The logistics of resurrecting a decades-old murder case has also been a challenge, according to Young, including the not-so-simple process of “just trying to recreate the record.”

Young said “even though everybody acts with the best faith in the world,” it’s a fact of life that over the years “documents get lost or misfiled or misplaced.

“The court staff has had to work very, very hard just to put a file back together for the judge, defense counsel (and) my office to review,” Young said.

Schaeffer and his attorney declined interviews for this story. Relatives of his victim, store clerk Donald Beery, are known to be watching the process closely. Sometime next year a district court judge will issue a new sentence for Schaeffer.

All the Nebraska cases are in limbo while judges, prosecutors, defense attorneys and the inmates await a ruling in Toca v. Louisiana. SOCUTUSblog, covering issues related to the high court, reports the case is likely to be argued in late March or early April. A decision would be expected by October.